How to use thread pool gracefully

The Thread class in JAVA is a Thread class. When JAVA is based on this class, the understanding of threads is based on this class. Why not use Thread to directly execute Thread examples, but use Thread pool? You can imagine that when there are a large number of concurrent threads and each Thread executes a task for a short time, the efficiency of the system will be greatly reduced because it takes time to create and destroy threads frequently. The Thread pool can achieve this effect: threads can be reused, that is, after executing a task, they can continue to execute other tasks without being destroyed.

In the java development manual released by Ali, the mandatory thread pool is not allowed to be created using Executors, but through ThreadPoolExecutor. This processing method makes the students who write more clear about the running rules of thread pool and avoid the risk of resource depletion. (focus on the official account SpringForAll community, send the key words "manual", and receive free Alibaba Java development manual).

Executors provide us with four ways to implement thread pool by using factory mode, but it is not recommended. The reason is that using executors to create thread pool will not pass in relevant parameters, but use default values. Therefore, we often ignore those important parameters (thread pool size, buffer queue type, etc.), and the default parameters will lead to waste of resources, which is undesirable.

Meanings of parameters in constructor:

After introducing the above constructor and its parameters, let's introduce the operation principle of ThreadPoolExecutor. I browsed a related article on the Internet, so I referenced it directly

Deeply understand the java thread pool - ThreadPoolExecutor. The following contents refer to this article and add a little understanding

From the execute() method above, ctl appears, and tracing source code analysis works: 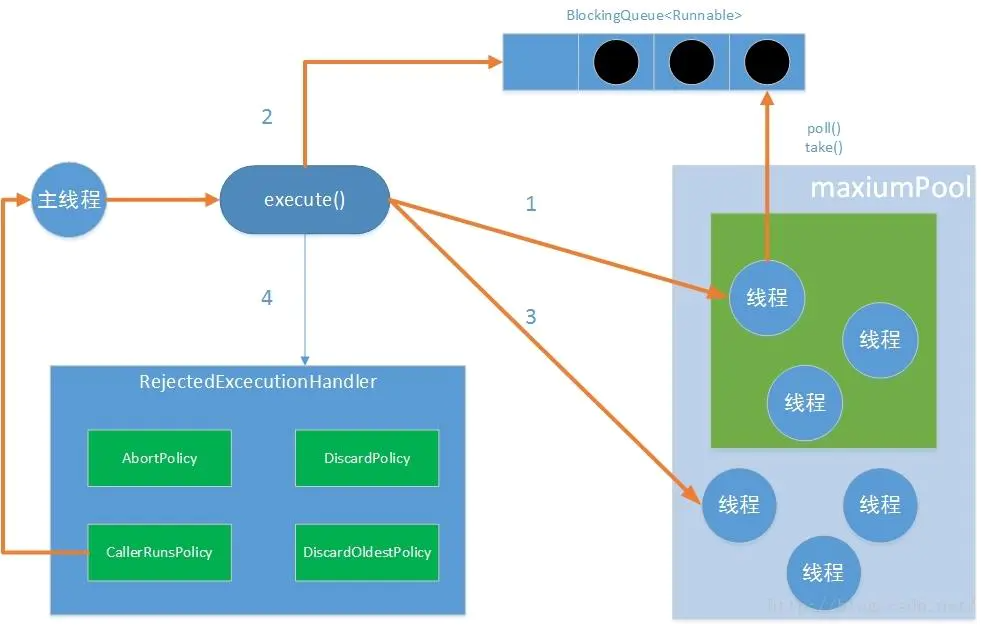 The thread pool is executing (runnable), and the execution process is as follows (corresponding to the process in the figure)

Worker implements the Runnable interface for an internal class in ThreadPoolExecutor. There is only one constructor. In addWorker() above, final Thread t = w.thread; You know that you actually get the object of the thread, because in the construction method, the reference of the thread is itself.

Therefore, when calling t.start(), you execute (the method in the Worker class):

beforeExecute(Thread t, Runnable r) and afterExecute(Runnable r, Throwable t) do not have business processing logic in the class, that is, they can be overridden by inheriting the thread pool, so that task execution can be monitored.

I have two questions here?

At this point, I finally found out why the thread pool can guarantee to wait for tasks without being destroyed. In fact, it has entered the blocking state.

Conclusion: the task processing process implemented by submit() is the same as that of execute(). It can also be said that submit() calls execute() 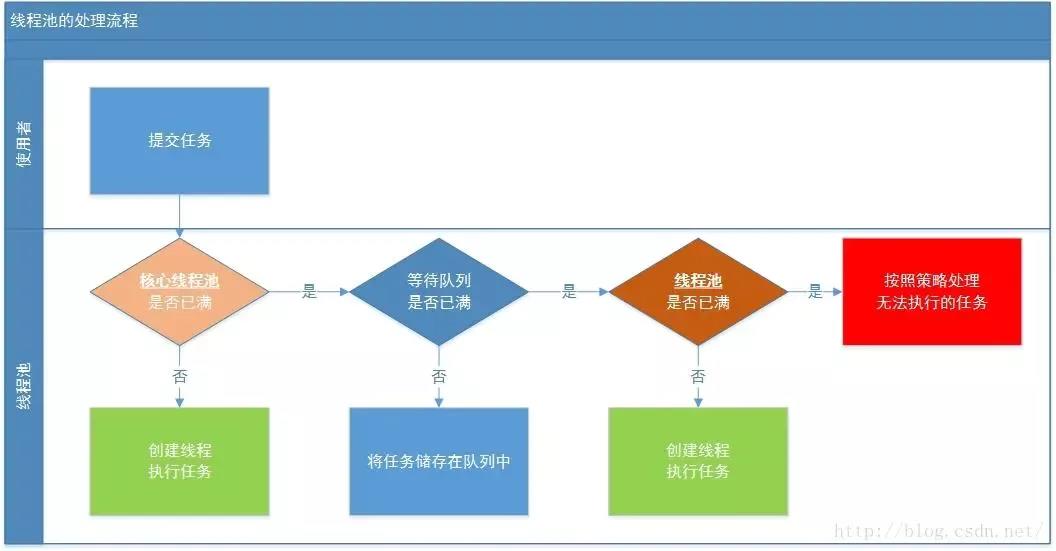 As can be seen from the above flow chart, after submitting a task to the thread pool, it goes through the following processes: