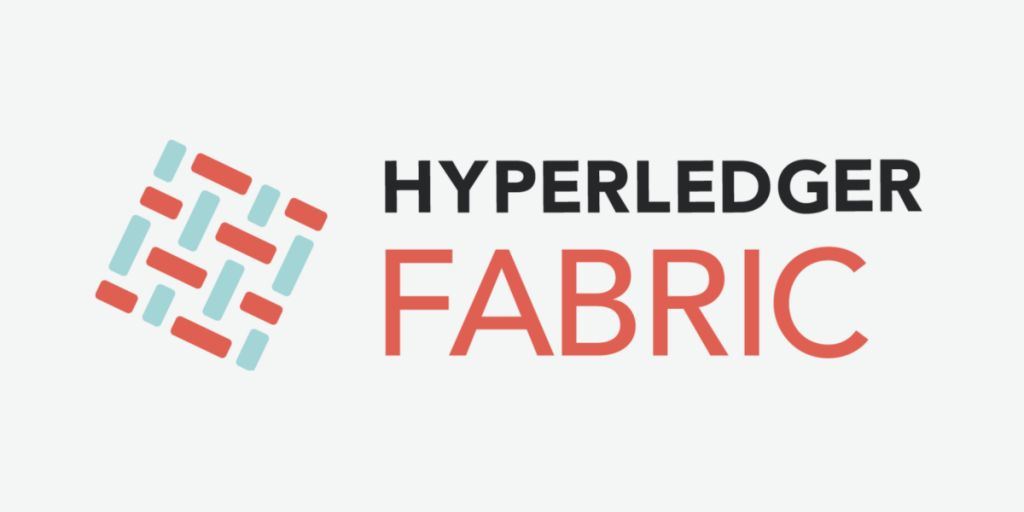 The core of the blockchain network is the distributed ledger, which records all transaction information in the network.

This article shares how to build a Hyperledger Fabric 2.4 environment under Centos and conduct simple network testing.

Create a folder of Fabric under GOPATH Directory:

The image warehouse of domestic code cloud is used here

If the local network accesses github smoothly, you can ignore this step 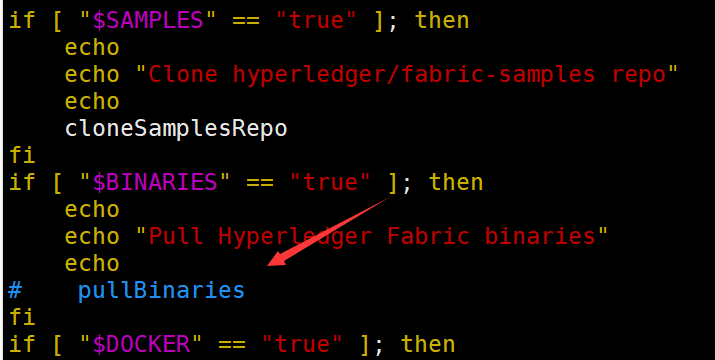 As shown in the following figure, after the script is executed successfully, a fabric samples project and a pile of docker images of fabric will be downloaded: 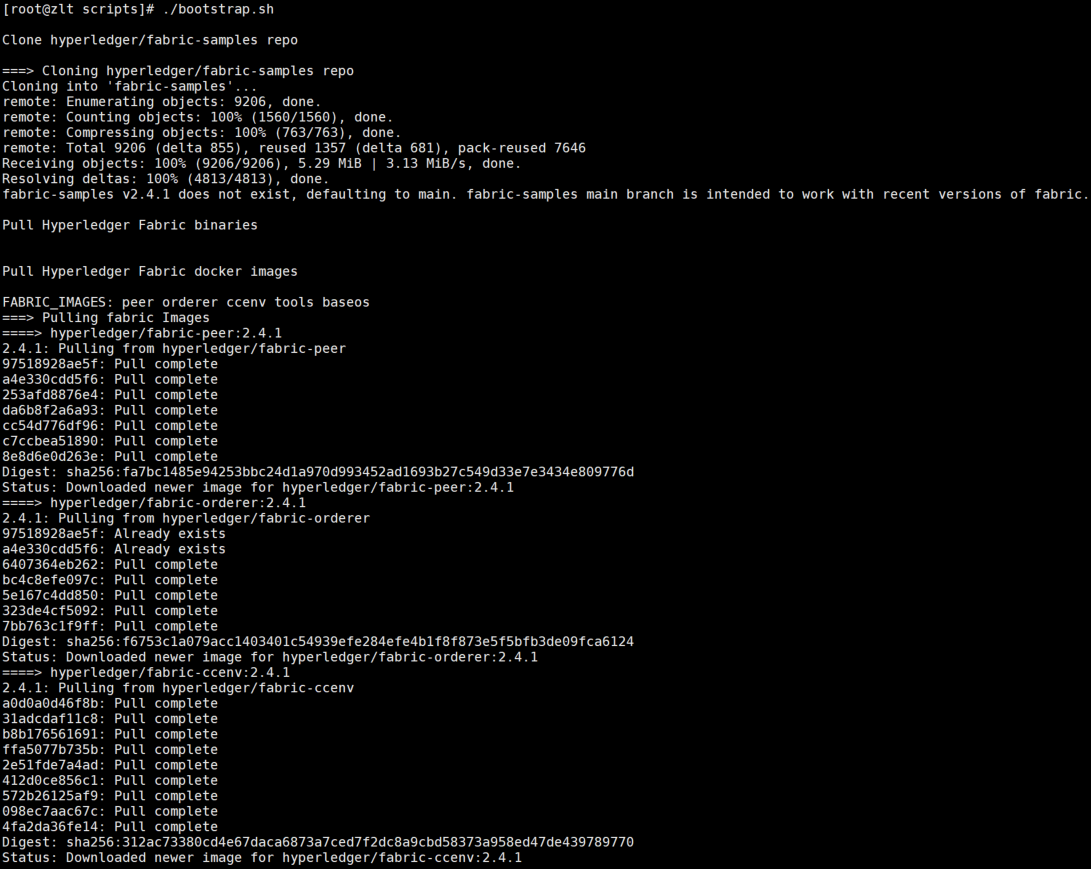 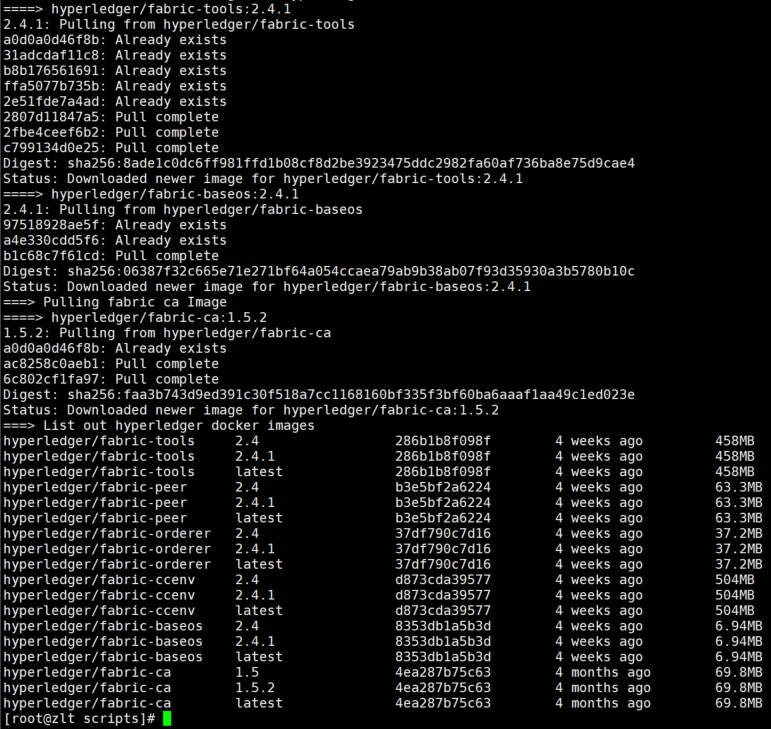 Since the distribution package of the code cloud image warehouse only has the source code, we need to compile it, so we can only find a way to download it from github. 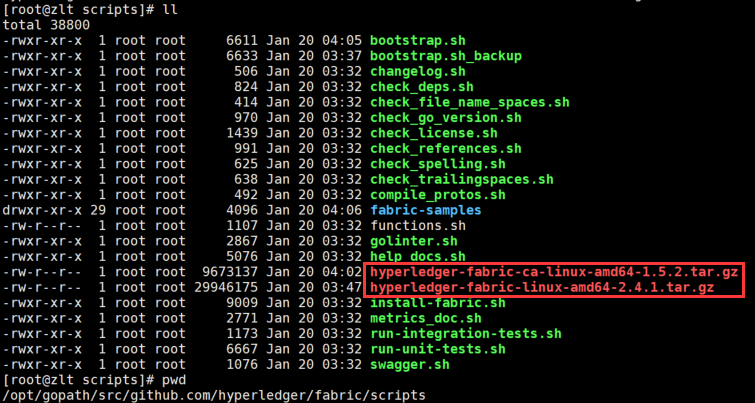 Execute the following command to copy to the fabric samples directory

If the following error message appears:

You need to modify the version of docker compose and edit the following files in the test network directory: 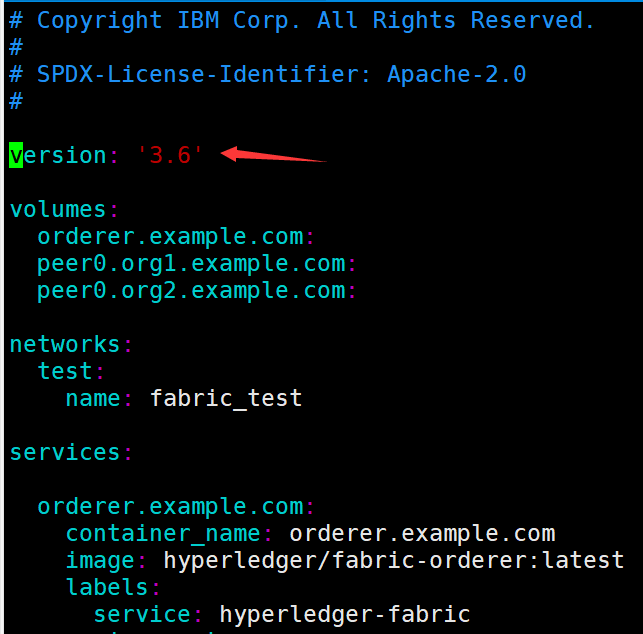 After modifying the configuration, execute again:

As shown in the following figure, one order node and two peer nodes have been started successfully:

So far, a test network based on Hyperledger Fabric has been built.

You can print the help text of the script by executing the following command:

Now that peer nodes and sorting nodes are running on our machine, we can use scripts to create Fabric channels for transactions between Org1 and Org2.

Fabric channel is a special communication layer between specific network members. The channel can only be used by the organization invited to join the channel and is not visible to other members of the network. Each channel has a separate blockchain ledger. The invited organizations "join" their peer nodes to store their channel ledger and verify transactions. Establishing a channel is equivalent to establishing a sub chain.

Use network The SH script creates a channel between Org1 and Org2 and joins their peer nodes. Execute the following command to create a channel:

As shown in the figure below, after successful creation, the default name is mychannel

You can use - c to specify the channel name, and the following command will create a channel named channel1:

5.2. Start a chain code on the channel

After creating the channel, you can use network The SH script starts the chain code on the channel:

5.3. Interact with the network

First, make sure that the operation directory is the test network directory. For example, my directory is:

Ensure that the following operations are performed in the test network directory:

Execute the following command to add the cli client to the environment variable:

You also need to add fabric samples to the fabric in the code base_ CFG_ Set the path to point to the core Yaml file:

CORE_PEER_TLS_ROOTCERT_FILE and core_ PEER_ The mspconfigpath environment variable points to the encrypted material in the organizations folder of Org1.

Execute the following command to initialize the ledger with some assets:

Execute the following instructions to query the asset list in the channel ledger:

6, Turn off the network

After using the test network, execute the following command to shut down the network: 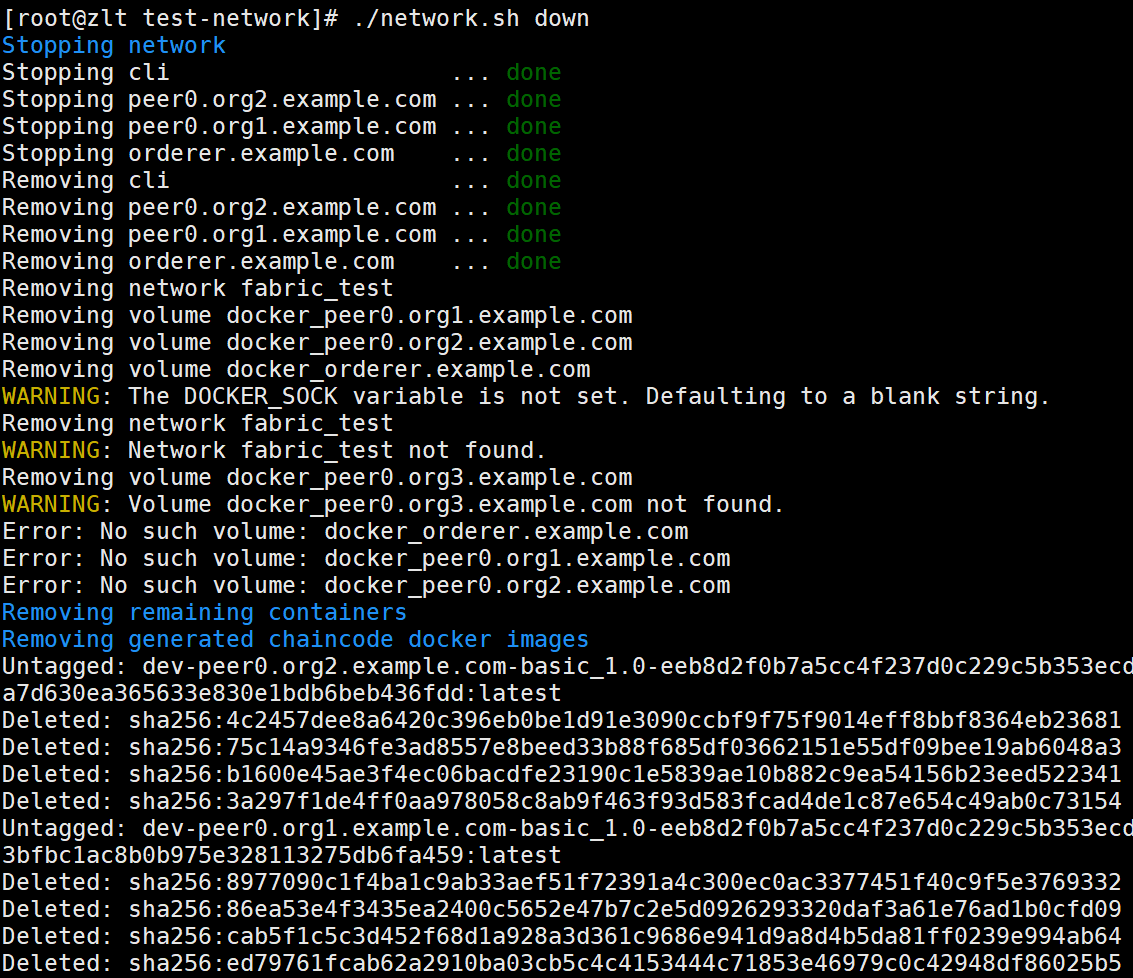 Hyperledger Fabric uses public key infrastructure (PKI) to verify the behavior of all network participants. The transactions submitted by each node, network administrator and user need to have a public certificate and private key to verify their identity.

By default, the script creates certificates and keys using the cryptogen tool, which is used for development and testing, and can quickly create the required encryption materials for Fabric organizations with valid root trust.

The test network script also provides startup options for networks that use a certification authority (CA). In the network, each organization operates a Ca (or multiple intermediate CAS) to create their organizational identity. All identities created by CAS running by the organization enjoy the same organizational trust root.

First, run the following command to shut down all running networks:

After the command is executed successfully, you can see through the docker container printed that three CA S have been started, one for each organization in the network:

You can view the MSP folder structure and files of the Org1 administrator user through the tree command:

Scan the code and pay attention to the surprise! 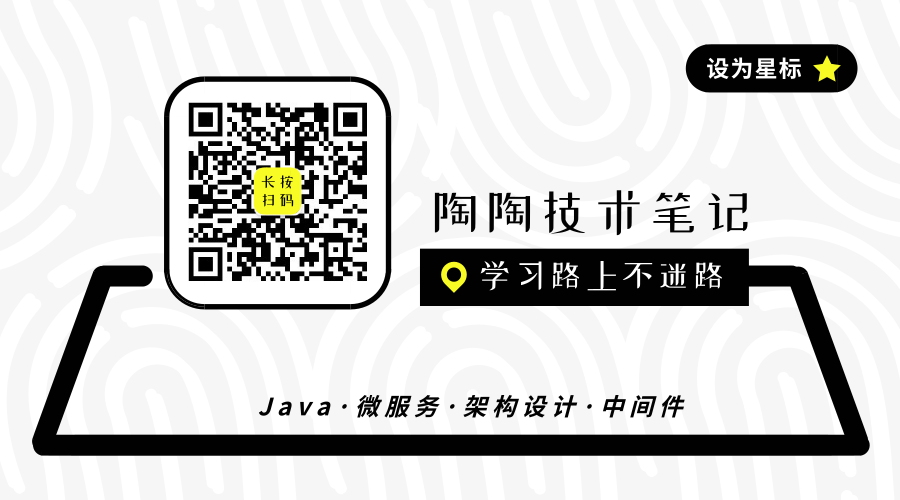