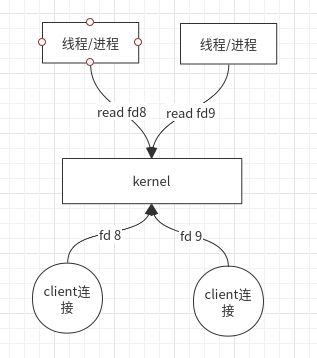 If there are many client connections, such as 1000, the application will enable 1000 processes or threads to block waiting.Performance issues arise: 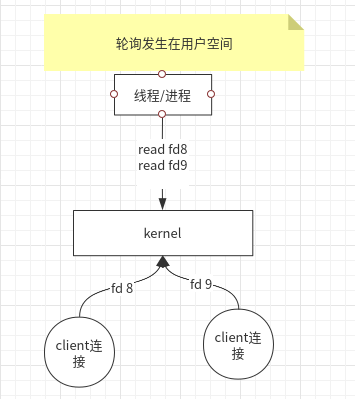 At this point, the Linux kernel initially provides read and write non-blocking operations, and SOCK_NONBLOCK tags can be set through socket s.

You can see from this that the socket Linux 2.6.27 kernel is beginning to support non-blocking mode.

Therefore, there is a select. 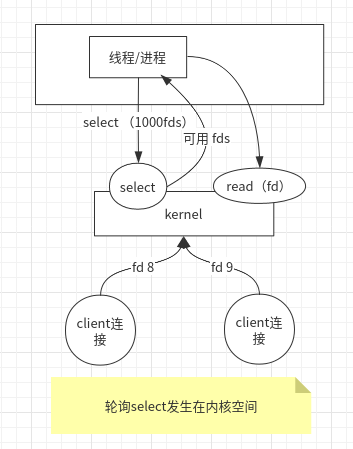 At this point, the Linux kernel begins with a select operation that simplifies 1,000 system calls to one system call, where polling occurs in kernel space.

You can see support for transferring multiple file descriptors to the kernel for polling.

Although the cost of one system call has been reduced from 1000 system calls, 1000 file descriptors need to be passed in for system call overhead.This can also cause memory overhead.

Therefore, there is epoll. 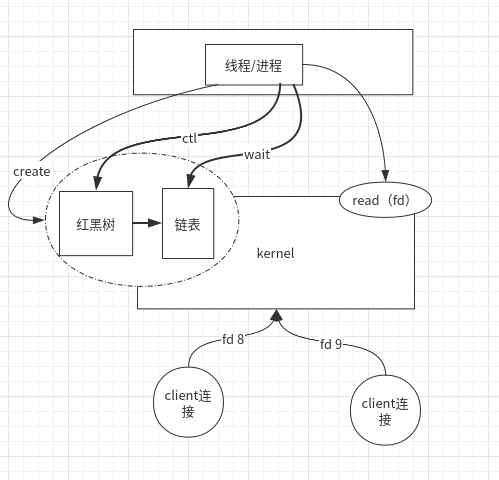 Blocks events waiting to be registered, returns the number of events, and writes available triggered events to the epoll_events array.

The data file of kafka is mmap, which is used to write the file. It can directly drop the kernel space without passing the user space to the kernel copy.

Another example is MappedByteBuffer in Java, where the bottom layer is mmap on Linux. 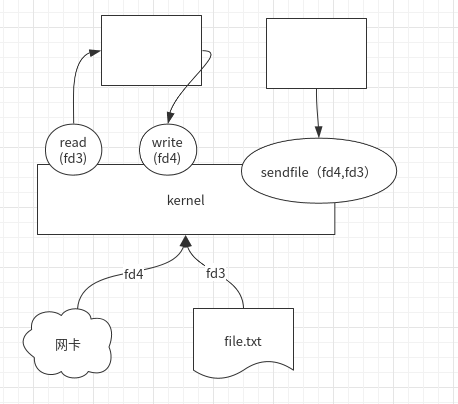 The sendfile system call passes data directly between two file descriptors (operating entirely in the kernel), thus avoiding duplication of data between the kernel buffer and the user buffer. It is highly efficient and is called a zero copy.

For example, when consumers consume, kafka directly calls sendfile (FileChannel.transferTo in Java), which reads out the kernel data from memory or data files and sends it directly to the network card without two copies of user space, thus achieving the so-called "zero copy".

For example, web servers such as Tomcat, Nginx, Apache return static resources and send data over the network using sendfile.

There are three ways to create a child process:

Now Linux uses Copy-On-Write(COW) technology. To reduce overhead, fork did not actually produce two different copies at first because at that time, a lot of data was exactly the same. Write-time replication is postponing the actual data copy.If a write does occur later, it means that the data of the parent and child processes are inconsistent, and a copy action occurs where each process gets its own copy, which reduces the overhead of system calls.