Core: instantiated objects do not use new, but use factory methods instead.
We will select real classes and create objects for unified management and control, so as to decouple our implementation classes

Now suppose the customer wants to buy a car

Customers want to get a car, our normal way of thinking is new object and then call the method.

This seems a little cumbersome, and customers have to go to new, so we consider whether we can have a factory to do it for us 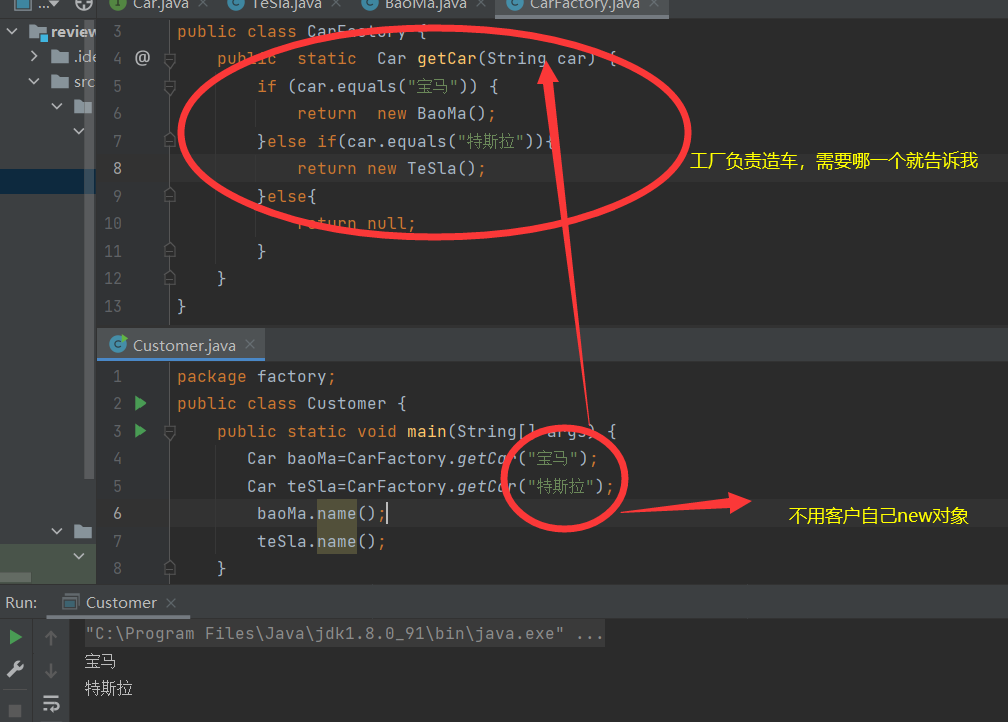 This seems OK, but if you think about it carefully, there will be new problems. Suppose we need another type of car and have to modify the code, which does not comply with the opening and closing principle of one of the seven principles, so let's improve our code.

Now what type of car do we want? We only need to implement the interface, and then write the method. We don't need to modify the code, but only need to expand horizontally.

There is also a general factory responsible for the production of these two factories (it's a little abstract, so it's good to understand)

ok, now we can take the Huawei factory to produce Huawei products 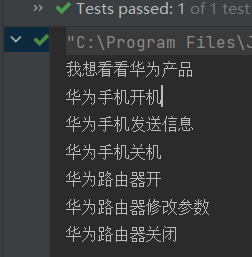 This is easier to understand. I want Huawei products, so all the products I get are produced by a Huawei factory.
But let's think about what to do if the customer wants to see Huawei robots. The manufacturer should not only add interface codes in the General Factory, but also add implementation classes, and will modify a lot of codes. Isn't that his disadvantage

For another example, the level of our king's glory is not enough, so we asked to call to help us play the game.

There is an actor interface. The actor's duty is to play

Suppose the author is now a small fresh meat

Now jiaSen has an agent

jiaSen is popular in movies now, so the agent wants to increase the money, but Nah, jiaSen said yes, but on the premise that you can only be my agent now
Don't be anyone else's

After negotiation, the broker finally agreed

The agent is transparent when others see it..

The difference between dynamic agent and static agent