In computer science, the time complexity of an algorithm is a function (the function here refers to the function expression with unknowns in Mathematics), which quantitatively describes the running time of the algorithm. However, the time consumed by the execution of an algorithm cannot be calculated theoretically. It can only be known when the program is run on the machine, but the time spent must be different due to the different memory size and cpu of each machine. Therefore, we stipulate:
The execution times of basic operations in the algorithm is the time complexity of the algorithm.

In that case, let's see how many times the following example is actually executed (number of cycles):

It can be found from this function that when N is large, the influence of the latter two terms on the result is smaller. Therefore, when N is large enough, the size of F(N) is mainly determined by N^2. In fact, when we calculate the time complexity, we do not have to calculate the exact execution times, but only the approximate execution times. Therefore, we need to use the asymptotic representation of large O here.
Next, let's look at what is the asymptotic representation of big O.

Generally speaking, it is actually the estimation that retains the item with the greatest impact. But let's look at the precise definition:
Big O notation: a mathematical symbol used to describe the asymptotic behavior of a function.
Big O progressive representation rules:

Therefore, after using the progressive representation of big O, the time complexity of Func1 is:

In this way, we remove those items that have little impact on the results and show the execution times concisely.

From the above description rules, we may not know how to use the large O progressive representation to represent the time complexity. Let's look at the following examples

Resolution:
The first loop is executed 2 * N times, and the second loop is executed 10 times.
So a total of 2 * N + 10 times were performed
The highest order term is 2 * N, so the time complexity is O(N)

Resolution:
The first cycle is executed M times, and the second cycle is executed N times. The total number of executions is M+N.
Since both M and N here are unknowns and are the highest terms, we don't know who is bigger and who is smaller, so the time complexity is O(M+N).

Resolution:
The loop was executed 100 times
So the time complexity is O(1)
O(1) does not mean that the algorithm runs once, but constant times 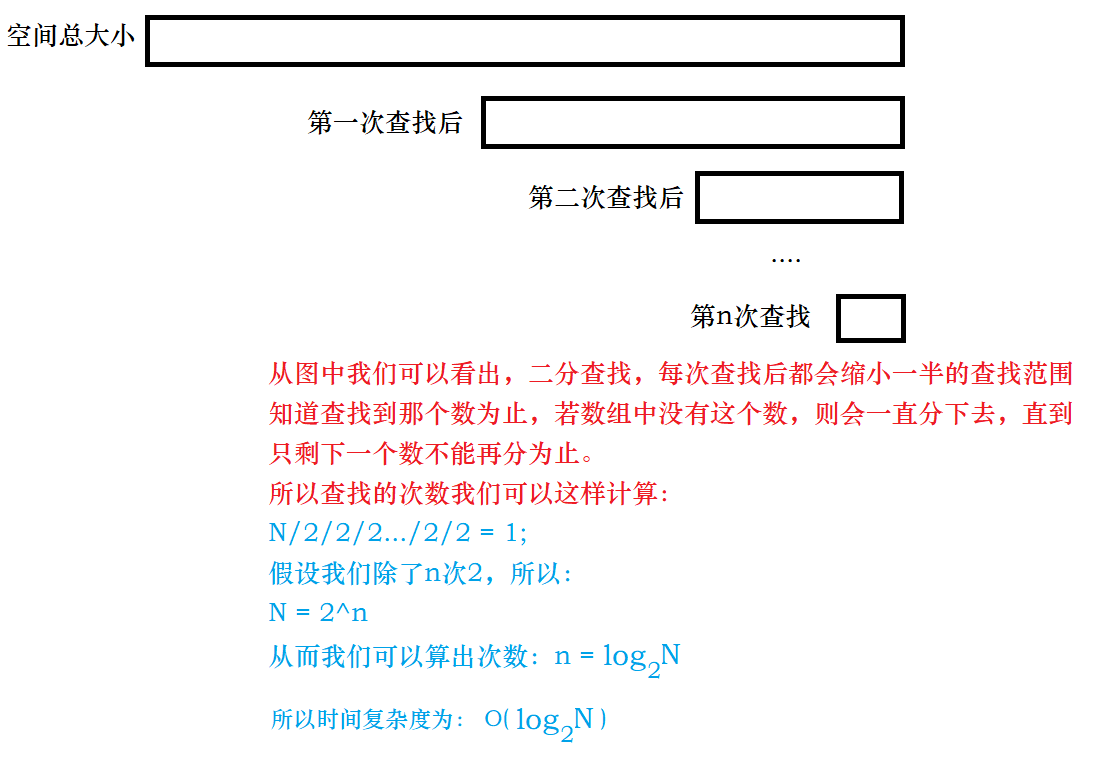 How to calculate the number of recursive calls?
As shown in the figure: 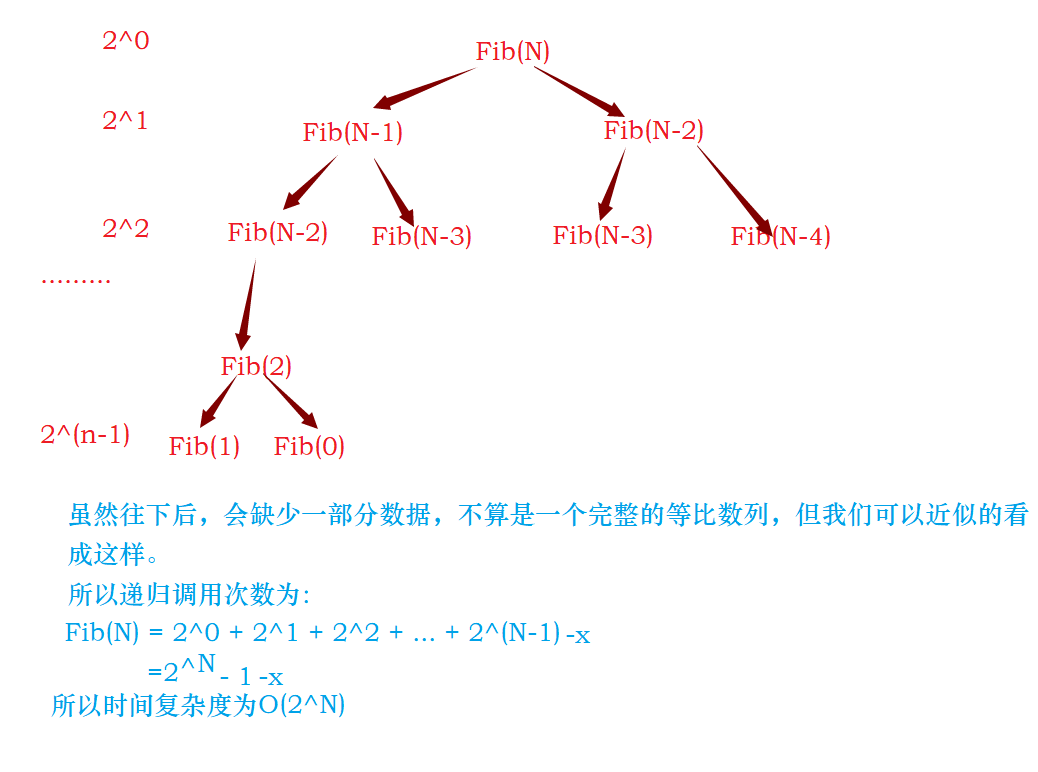 Space complexity is also a mathematical function expression, which is a measure of the temporary additional storage space occupied during the re execution of an algorithm.
Space complexity is not how many bytes of space the program occupies, because it doesn't make much sense, so space complexity is the number of variables.
The calculation rules of spatial complexity are basically similar to that of time complexity, and the large O asymptotic representation is also used.

Resolution:
Note: space can be reused without accumulation; Time is gone forever, accumulated
When we explained the time complexity of this function above, we calculated that its time complexity is O(2^n) and the number of recursion is (2^n)-1, so will we establish a function stack frame of (2^n)-1 times, that is, the spatial complexity is also O(2^n). Obviously, it is impossible because the stack space is limited.
How is this calculated?
Here, because the space can be reused, during recursion, it will first recurse Fib(N-1). When Fib(N-1) recurses and returns, the space created by its recursion will be destroyed, and then recurse Fib(N-2), and so on. Therefore, the stack frame space opened by each recursion uses the same space, and the space of N function stack frames at most.
So the spatial complexity is O(N).