Interviewer: I heard you are familiar with OkHttp principle?

Recently, I plan to do network related optimization work. I have to familiarize myself with the network framework again. OkHttp is the leader of the network framework in the Android field. I take this opportunity to make an in-depth analysis of some internal implementations of OkHttp. At the same time, these questions are also frequent visitors during the interview. I believe they will be helpful to you.

Is it familiar and unfamiliar? In fact, it is because the network framework has realized these basic functions for us, so it is easy to be ignored by us. In order to fully analyze the above problems, we need to review the basic principles of OkHttp:

The internal implementation of OkHttp is completed through a responsibility chain mode, encapsulating each stage of network request into each chain, and realizing the decoupling of each layer.

The source code in the text is based on the latest version 4.2.2 of OkHttp. Starting from version 4.0.0, OkHttp is developed in the whole Kotlin language. Children who don't get on the bus should pay close attention to it, or they can't understand the source code [cover their faces]. You can refer to the old text for learning Kotlin Kotlin Learning Series Overview .

Let's get familiar with the OkHttp execution process by starting a request call.

Therefore, the core code logic is to create a call object through the newCall method of OkHttpClient and call its execute method; Call represents a network request interface, and the implementation class has only one RealCall. Execute means to initiate a network request synchronously, and the corresponding enqueue method means to initiate an asynchronous request, so it needs to pass in a callback at the same time.

Let's look at the execute method of RealCall:

It only takes three steps to put the elephant in the refrigerator.

These requests are stored in three double ended queues at the same time:

Why use double ended queues? It's very simple, because the execution sequence of network requests is the same as queuing. Pay attention to first come, first served. New requests are put at the end of the queue, and the execution requests are taken from the opposite head.

When it comes to this, LinkedList is not satisfied. We know that LinkedList also implements the Deque interface, and the internal is a double ended queue implemented by linked list. Why not use LinkedList?

In fact, this is related to the conversion from readyAsyncCalls to runningAsyncCalls. When a request is executed or a new request is queued by calling enqueue method, readyAsyncCalls will be traversed, and those qualified waiting requests will be transferred to the runningAsyncCalls queue and handed over to the thread pool for execution. Although both of them can complete this task, because the data structure of the linked list causes the elements to be discretely distributed in various locations of the memory, the CPU cache can not bring much convenience. In addition, in garbage collection, the efficiency of using the array structure is better than that of the linked list.

Returning to the topic, the above core logic is in the promoteAndExecute method:

This method will be called in enqueue and finish methods, that is, when a new request is queued and the current request is completed, the task needs to be resubmitted to the thread pool.

Talking about the half path pool, what thread pool is used inside OkHttp?

The SynchronousQueue used for blocking queue is characterized by not storing data. When adding an element, you must wait for a consumer thread to take it out, otherwise it will be blocked all the time. If there is an idle thread at present, it will be executed directly in the idle thread. If not, a new thread will be started to execute the task. It is usually used in scenarios that require rapid response to tasks. It is more appropriate under the background that network requests require low latency. See the old article for details Analysis on the working principle of Java thread pool.

Continue to return to the main line. The second step is more complex. Let's skip first and look at the third step.

Now let's go back to the second most complex step and call the getResponseWithInterceptorChain method, which is also the core of the whole OkHttp implementation of the responsibility chain pattern.

We don't care what each interceptor does, and the main process finally comes to chain proceed(originalRequest). Let's take a look at the proceed method:

For example, in the ConnectInterceptor source code:

In addition, different nodes in the responsibility chain have different restrictions on the number of calls to proceed. The ConnectInterceptor interceptor and its subsequent interceptors can and can only be called once, because the work of network handshake, connection and sending requests takes place in these interceptors, indicating that a network request has been formally sent; Before that, the interceptor can execute multiple procedures, such as error retry.

After the responsibility chain is pushed down level by level, it will eventually execute the intercept method of CallServerInterceptor, which will encapsulate the result of the network Response into a Response object and return. After that, it goes back level by level along the responsibility chain, and finally returns to the return of the getResponseWithInterceptorChain method.

Now we need to roughly summarize the functions of interceptors at each node of the responsibility chain:

So far, the core execution process of OkHttp is over. Does it feel suddenly enlightened? Now we can finally answer the opening question:

The cache here refers to the data cache strategy based on the Http network protocol, focusing on the client cache, so let's review how the Http protocol identifies the availability of the cache according to the request and response headers.

When it comes to caching, we must talk about the effectiveness and validity period of caching.

In the HTTP 1.0 era, the response uses the expires header to identify the validity of the cache, and its value is an absolute time, such as Expires:Thu,31 Dec 2020 23:59:59 GMT. When the client sends a network request again, it can compare the current time with the expires time of the last response to decide whether to use the cache or initiate a new request.

The biggest problem with using the Expires header is that it depends on the local time of the client. If the user modifies the local time, it will not be able to accurately judge whether the cache Expires.

Therefore, starting from HTTP 1.1, the cache control header is used to indicate the cache status. Its priority is higher than Expires. The common values are one or more of the following.

Based on the above cache header protocol, forced caching means that the network request response header identifies Expires or cache control with Max age information. At this time, if the client computing cache has not expired, you can directly use the local cache content without actually initiating a network request.

The biggest problem with forced caching is that once the server resources are updated, the client cannot obtain the latest resources until the cache time expires (unless the no store header is manually added during the request). In addition, in most cases, the server resources cannot directly determine the cache expiration time, so it is more flexible to use contrast caching.

After receiving the request, the server determines whether the cache resource is still valid. If it is valid, it returns the status code 304 and the body body is empty. Otherwise, it issues the latest resource data. If the client finds that the status code is 304, it takes out the local cached data as a response.

One problem with using this scheme is that the last modification time of resource files has certain limitations:

Therefore, HTTP also provides another set of header information to process the cache, ETag / if none match. The process is the same as last modify, except that the header of the server response becomes last modify and the header sent by the client becomes if none match. ETag is the unique identifier of the resource. The change of the server resource will certainly lead to the change of ETag. The specific generation method includes server-side control. The influencing factors of the scene include the final modification time, file size, file number, etc.

So much has been said above. In fact, OKHttp implements the above process in code, that is:

To enable Cache, you need to set a Cache object when OkHttpClient is created, and specify the Cache directory and Cache size. LRU is used as the elimination algorithm of Cache in the Cache system.

Earlier versions of OkHttp had an InternalCache interface that supported custom implementation caching, but by 4 After the version of X, the InternalCache is deleted, and the Cache class is final, which is equivalent to turning off the extension function.

The specific source code implementation is in the CacheInterceptor class, which you can refer to by yourself.

The cache is set to be global through OkHttpClient. If we want to use or disable the cache for a specific request, we can implement it through the relevant API of CacheControl:

Caching not supported by OKHttp

Finally, it should be noted that OKHttp only supports the cache of get requests by default.

This is the logical code when the network request responds and is ready for caching. When null is returned, it means no caching. It is not difficult to see from the code comments that we can technically cache the method as HEAD and some POST requests, but the implementation complexity is very high and the benefit is very little. This is essentially determined by the usage scenarios of each method.

Let's take a look at the common method types and their uses.

You can see that for standard RESTful requests, GET is used to obtain data, which is most suitable for caching. For other data operations, caching has little significance or does not need caching at all.

Based on this, when only GET requests are supported, OKHTTP uses the request URL as the cached key (of course, it will go through a series of summary algorithms).

Finally, as posted in the above code, if the request header contains variable: * such header information will not be cached. The variable header is used to improve the cache hit rate of multi terminal requests. For example, two clients, one supports gzip compression and the other does not. Their request URL s are the same, but accept encoding is different, which can easily lead to cache confusion. We can declare variable: accept encoding to prevent this from happening.

The variable: * header indicates that the request is unique and should not be cached. Unless it is intentionally done, it will not sacrifice cache performance. 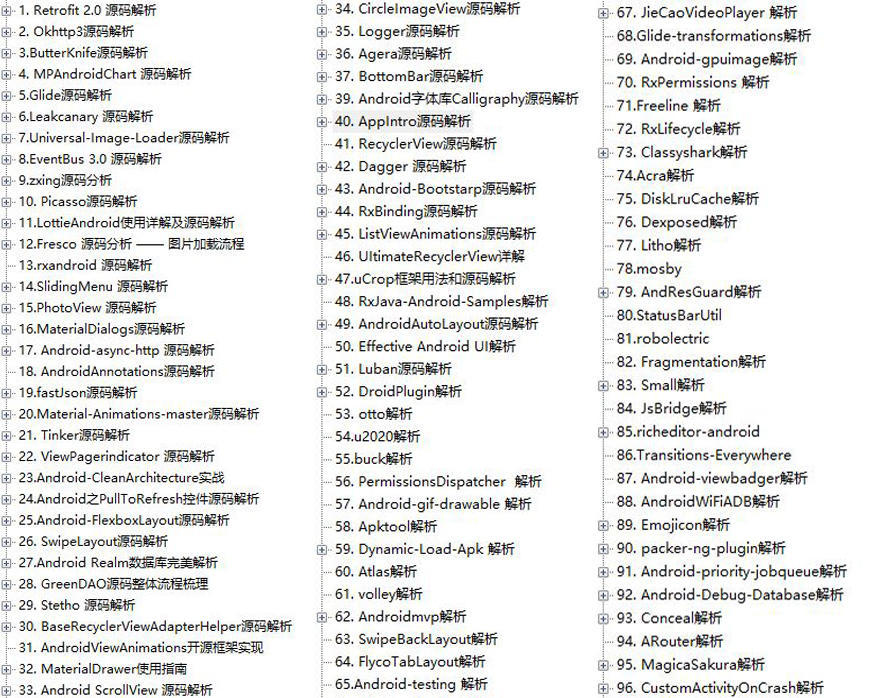