CountDownLatch is a synchronization helper class that allows one or more threads to wait until a set of operations are completed in another thread.

Locking can delay the progress of a thread until it reaches the termination state. Locking can be used to ensure that some activities will not continue until other activities are completed:

Locking (countdown lock) is mainly used to ensure that the preconditions for completing a task are met. Is a synchronization tool class, used to coordinate the synchronization between multiple threads. This tool is usually used to control thread waiting. It allows a thread to wait until the countdown is finished before execution.

① a thread waits for n threads to finish executing before it starts running.

Initialize the counter of CountDownLatch to N: new CountDownLatch(n). Every time a task thread finishes executing, reduce the counter by 1 countdownlatch.countDown(). When the counter value changes to 0, the thread of wait() on CountDownLatch will be woken up. A typical application scenario is that when starting a service, the main thread needs to wait for multiple components to load before continuing to execute.

Secondly, it realizes the maximum parallelism of multiple threads starting to execute tasks.

CyclicBarrier is a fence class, similar to CountDownLatch. It can block a group of threads until an event occurs. The key difference between a fence and a lock is that all threads must reach the fence at the same time to continue execution.

The default construction method of CyclicBarrier is CyclicBarrier(int parties). Its parameters indicate the number of threads blocked by the barrier. Each thread uses the await() method to tell CyclicBarrier that I have reached the barrier, and then the current thread is blocked.

Another constructor of CyclicBarrier, CyclicBarrier(int parties, Runnable barrierAction), is used to perform barrierAction first when the thread reaches the barrier, which is convenient for handling more complex business scenarios.

[4] difference between CyclicBarrier and CountDownLatch

Semaphore (Semaphore), also known as semaphore, is used to coordinate various threads in a multi-threaded environment to ensure that they can use public resources correctly and reasonably. Semaphores maintain a permission set. When initializing semaphore, we need to pass in a quantity value for this permission set, which represents the number of threads that can access shared resources at the same time.

Create a mutually exclusive Semaphore with a number of 1, and then execute 10 threads concurrently. In the thread, Semaphore is used to control the concurrent execution of the thread. Because the Semaphore value is only 1, only one thread can execute at a time, and other threads enter the waiting state. 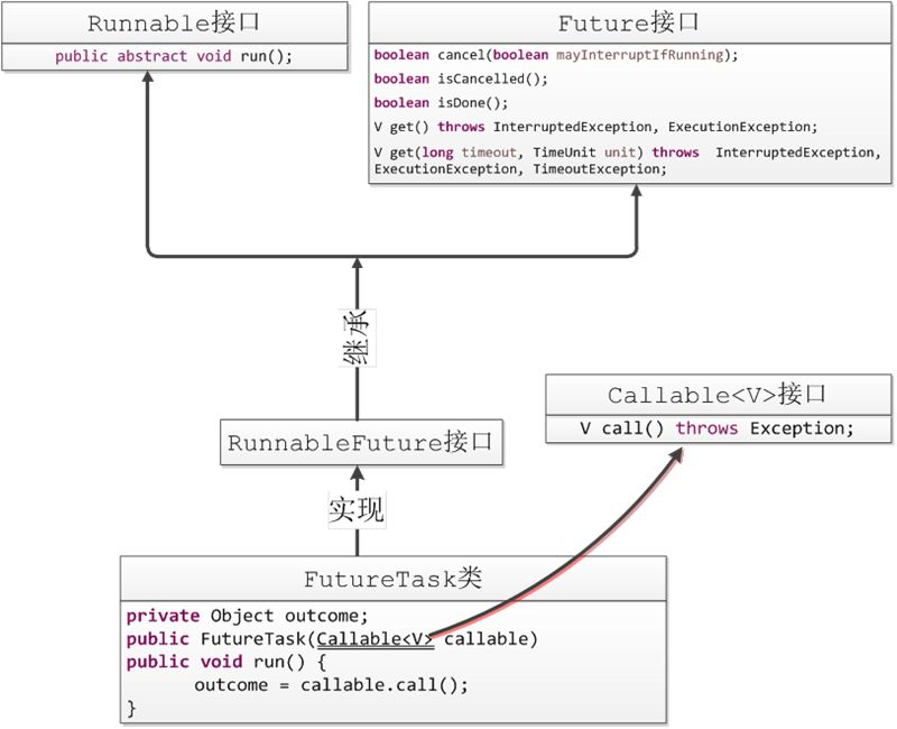 The Future interface is generally used to retrieve the status of Callable execution. The main methods are as follows: