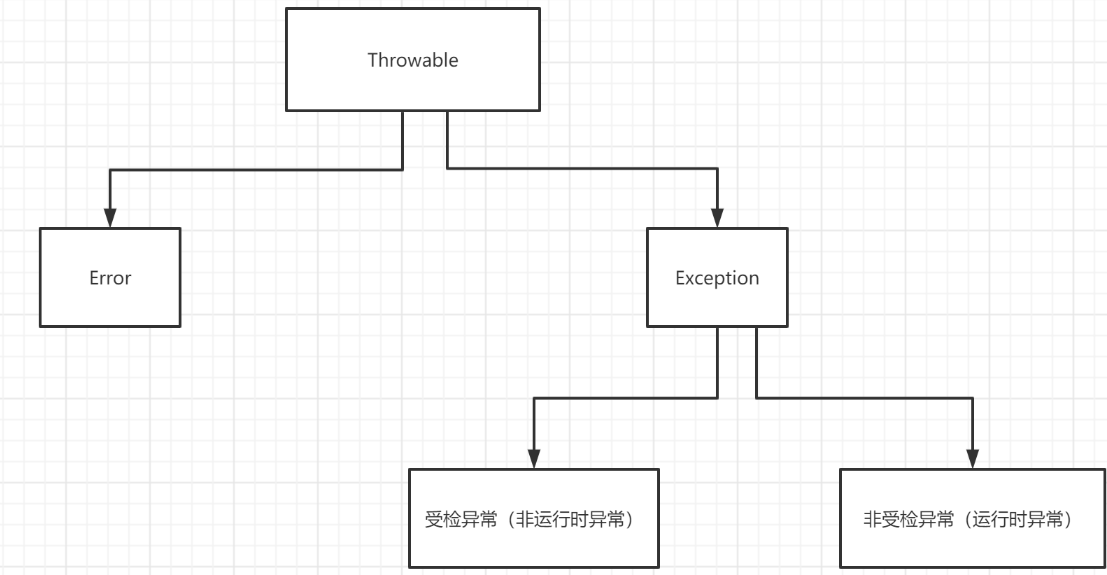 Thorwable class (indicating that it can be thrown) is the superclass of all exceptions and errors. The two direct subclasses are Error and Exception, which represent errors and exceptions respectively.

Error is an error that cannot be handled by the program. It is generated and thrown by the JVM, such as OutOfMemoryError, ThreadDeath, etc. When these exceptions occur, the Java virtual machine (JVM) will generally choose thread termination.

Non runtime exceptions are exceptions other than RuntimeException, which belong to Exception class and its subclasses in type. From the perspective of program syntax, it is an Exception that must be handled. If it is not handled, the program cannot be compiled. Such as IOException, SQLException, and user-defined Exception exceptions. Generally, exceptions are not checked by users.

Example: numeric string to integer type. Strings with letters cannot be converted logically, but there is no problem in syntax

Running order: the return statement will be executed first

final is the keyword used to define constants

finalize() garbage collection. This method is a system call and does not need to be called manually by programmers