Static variables are shared by all objects in the class, and their values are modified when they are used.

Only static variables can be initialized

This paper mainly introduces the characteristics and usage of three kinds of code blocks.

The code blocks in java are divided into four types according to their positions:
Local code block

Location: local location (inside method)
Function: limit the life cycle of variables, release as early as possible, and save memory
Call: executed when the method it is in is called

Location: the location of a class member, which is outside the method in the class
Function: extract common parts of multiple construction methods and share construction code block
Call: every time the constructor is called, it will take precedence over the execution of the constructor, that is, it will be called automatically every time an object is new, initializing the object

The object is executed as soon as it is instantiated, once for each instantiation;

Write the output of the following program: 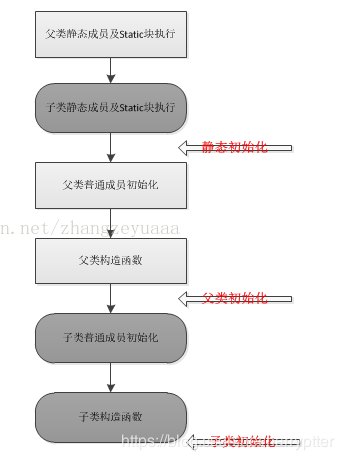 The execution result is:

As a result of:

Static block: it is declared statically and executed only once when the JVM loads the class

Building block: directly defined in the class with {} and executed every time an object is created

Because of the static declaration, T1 and T2 also rise to the static bit. They are at the same priority as the static block. For the same priority, the objects, construction objects and static blocks are constructed in order
--------
Copyright notice: This is the original article of CSDN blogger "Harry ptter", following CC 4.0 BY-SA copyright agreement. Please attach the original source link and this notice for reprint.
Original link: https://blog.csdn.net/harrypter/article/details/87875399