What is object oriented

Review and deepening of methods

And the type of return value after the method body is executed
If there is no return value, it can be written as return; Or don't write a return statement

We'll talk about this later
Just look at the format first

(at present, we have encountered the problem of array subscript out of bounds) 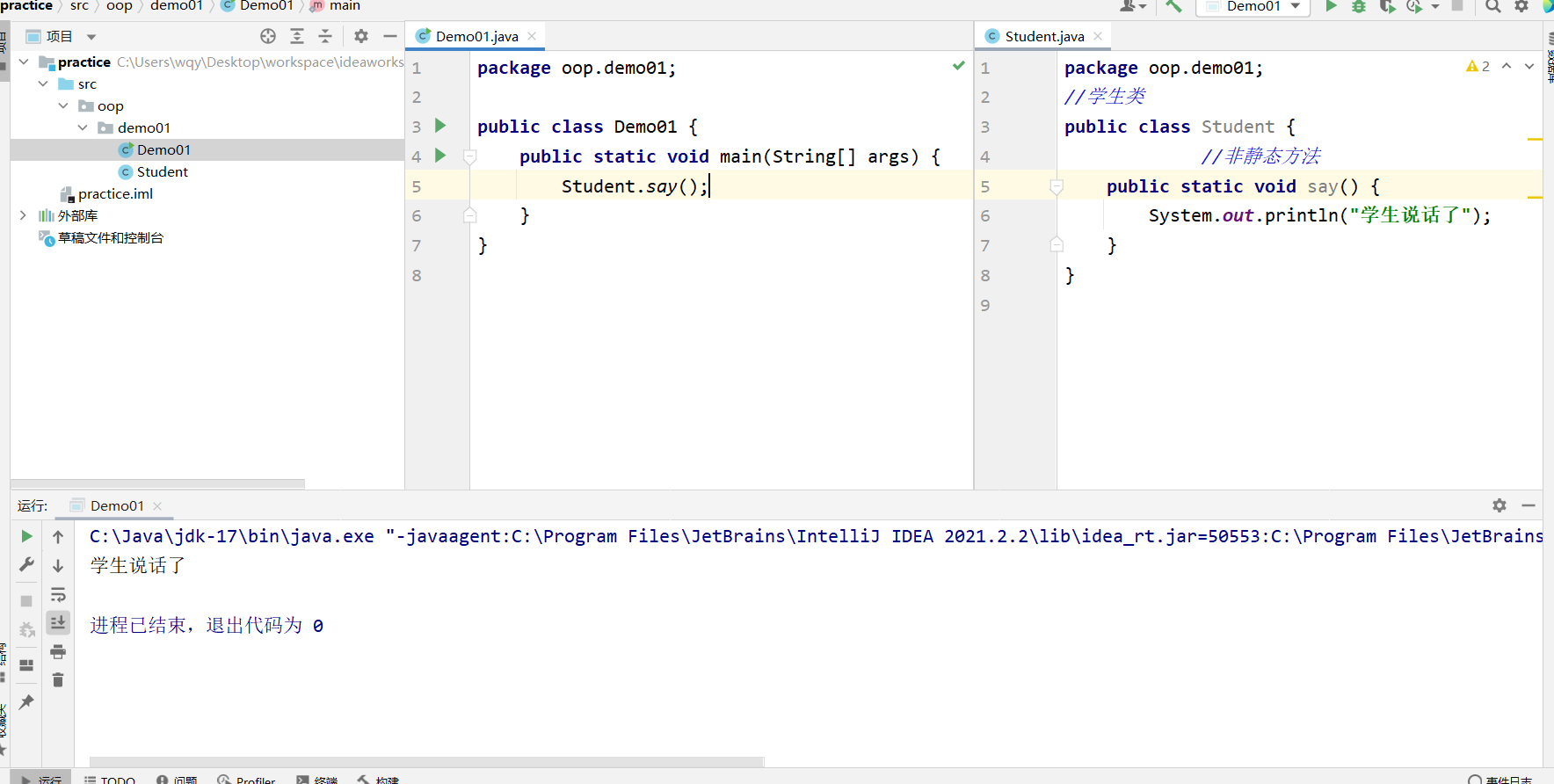 Are you curious about how my interface is so convenient and easy, as shown in the figure above: 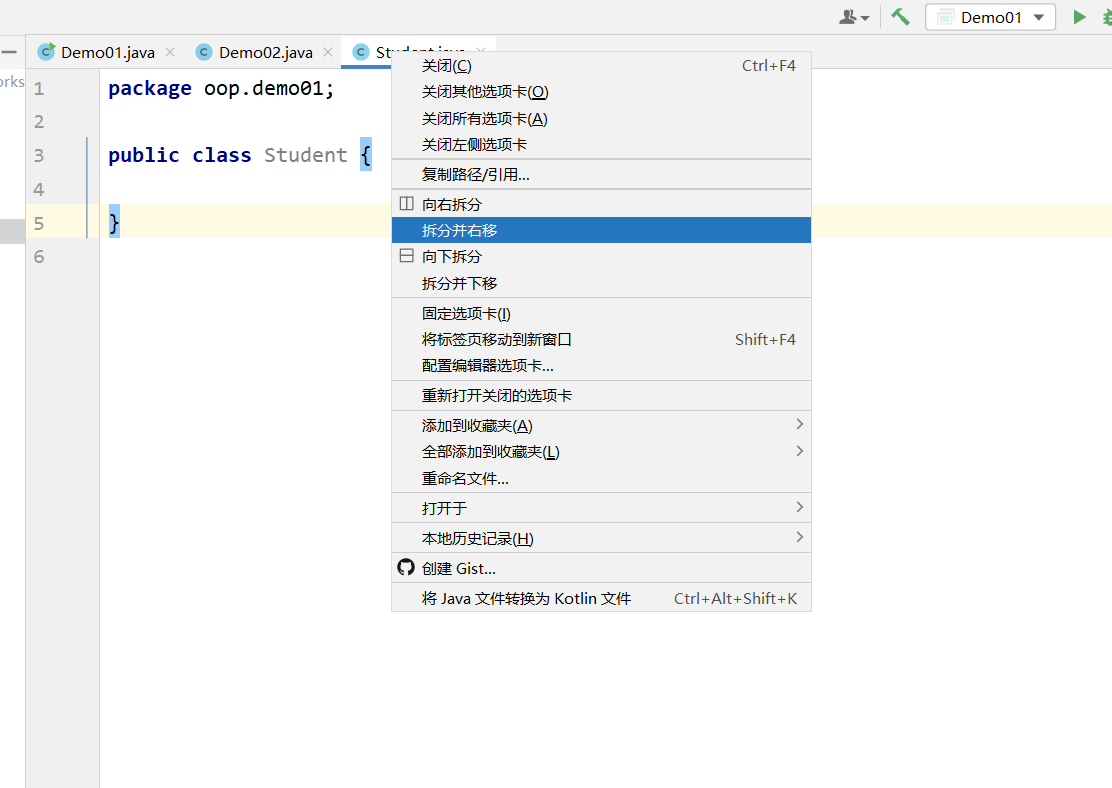 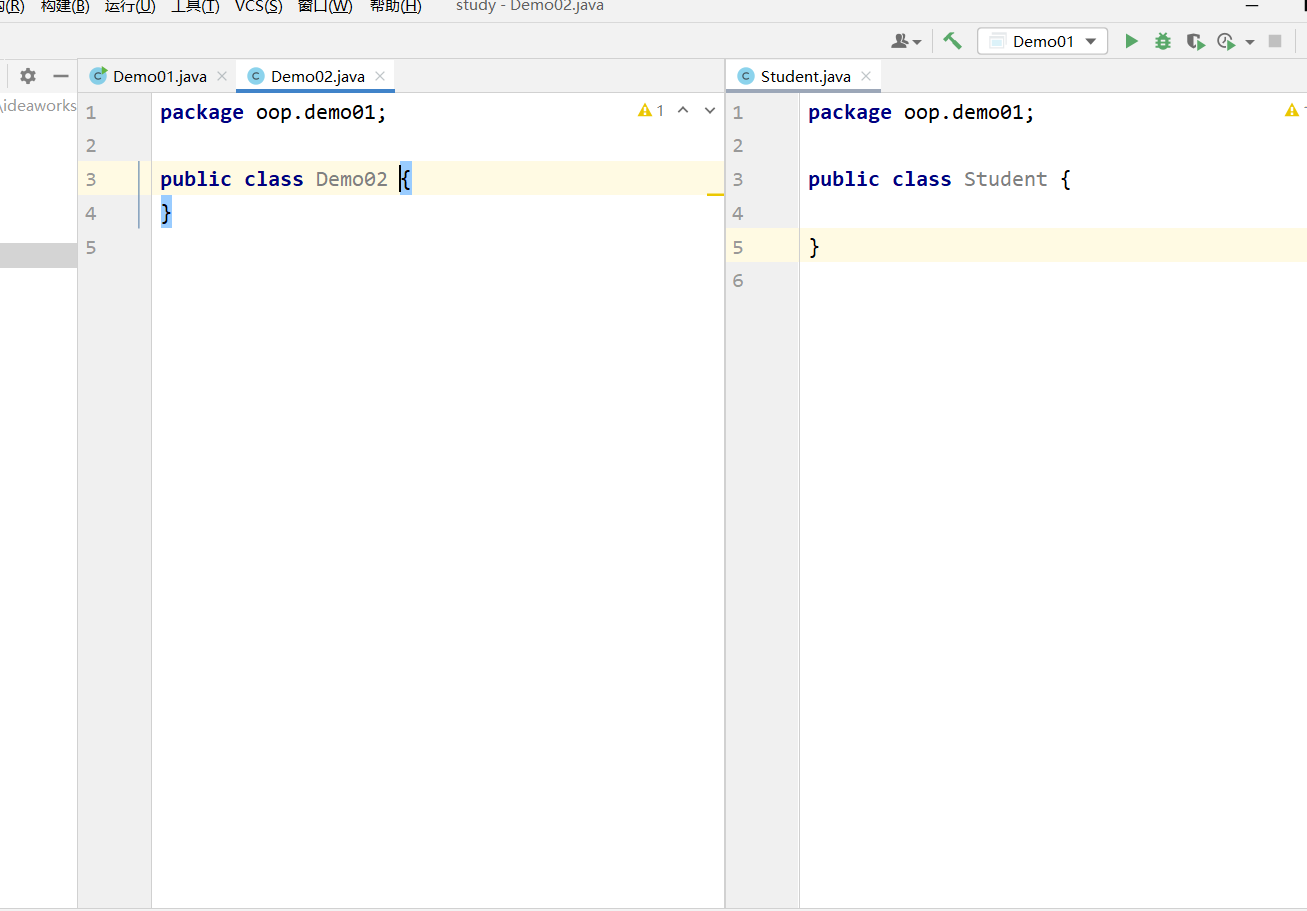 The difference between the two

The code does not report an error in idea

This code does report an error

Why?
Because static modified methods are loaded with classes, while methods without static modification only exist after instantiation

We analyze formal parameters and arguments in the code

In this code, a and b play the role of receiving 1 and 2 values. They are not actual variables, which are called formal parameters

The above code is an example of value passing
For reference passing:
Note: a Java file can have multiple classes, but only one public class

this will be explained in more depth in the future

Relationship between class and object

Note: there should be only one main method in a project. And the values of name and age cannot be initialized in the Student class, otherwise the values of all objects in this class will be specified

First, let's observe a phenomenon:
The Person in the figure is a class we created 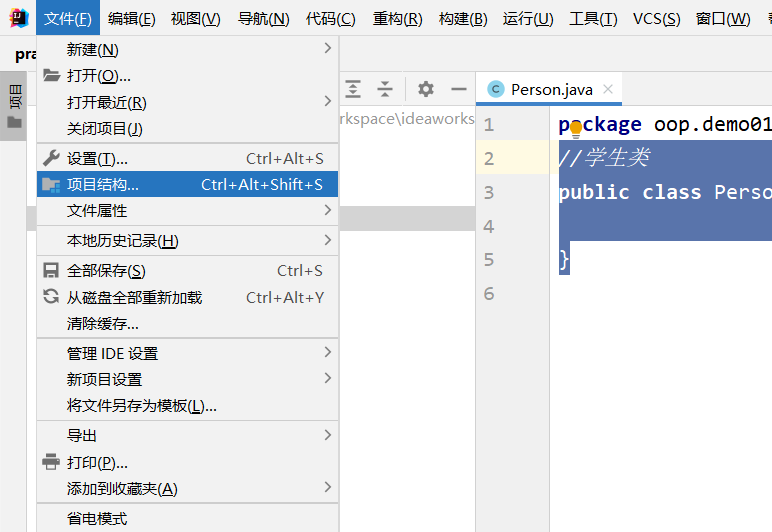 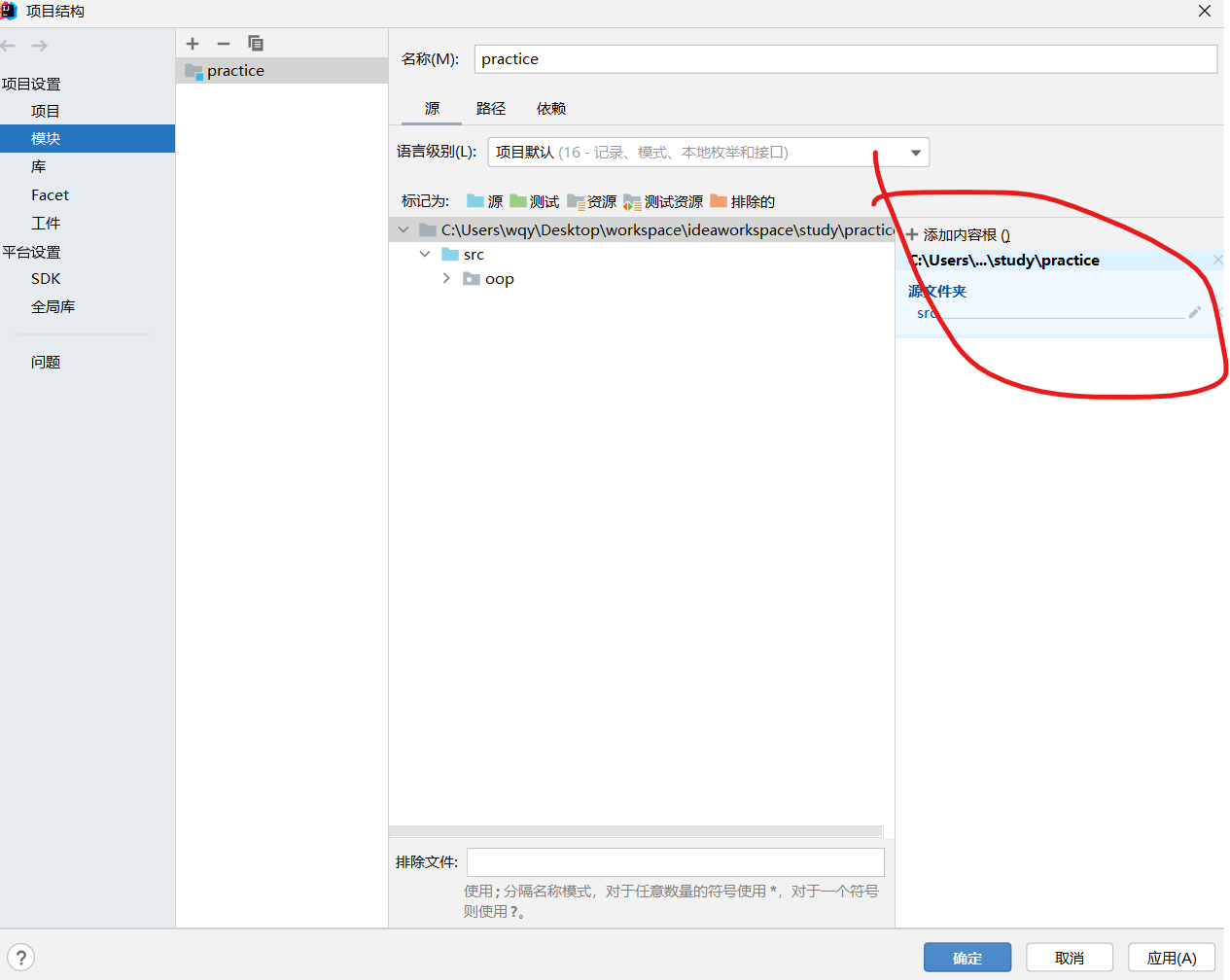 Select the out directory at the same level as the project we created: 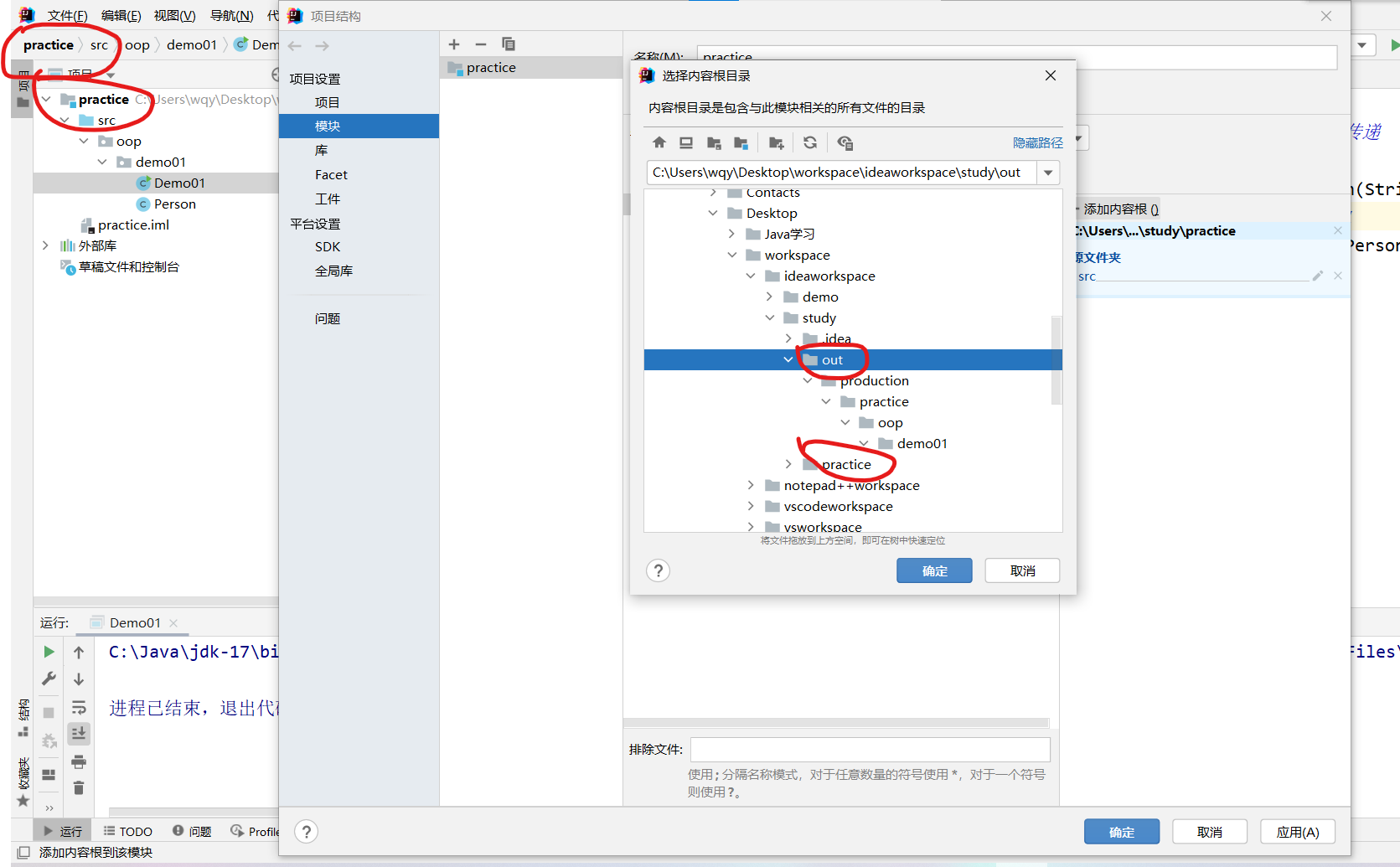 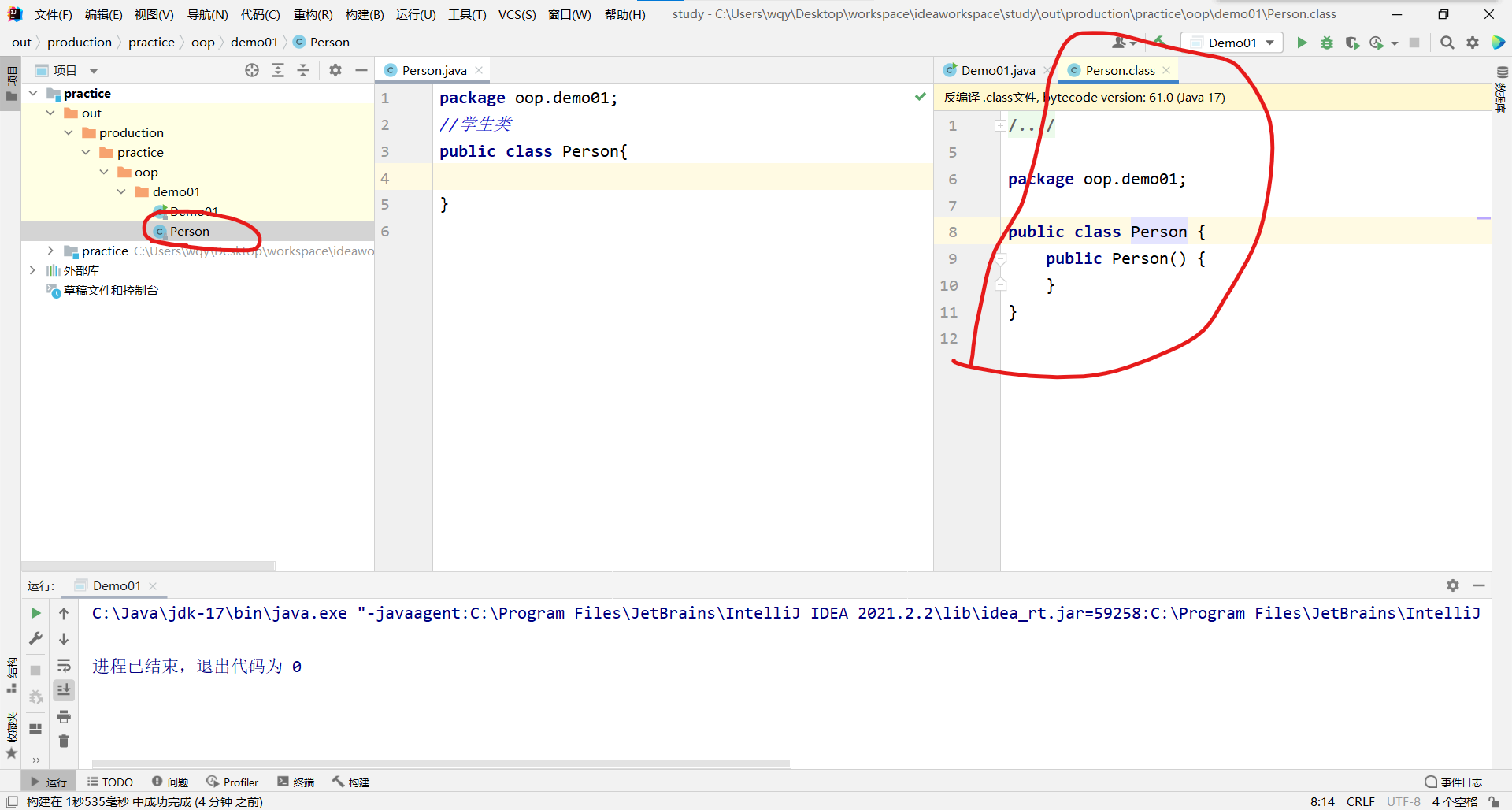 Compared with the original class file, it is found that there is an additional piece of code formed by decompilation:
public Person(){}
It's actually a constructor
This tells us that even if a class doesn't write anything, there will be a method
We can also define a constructor ourselves: 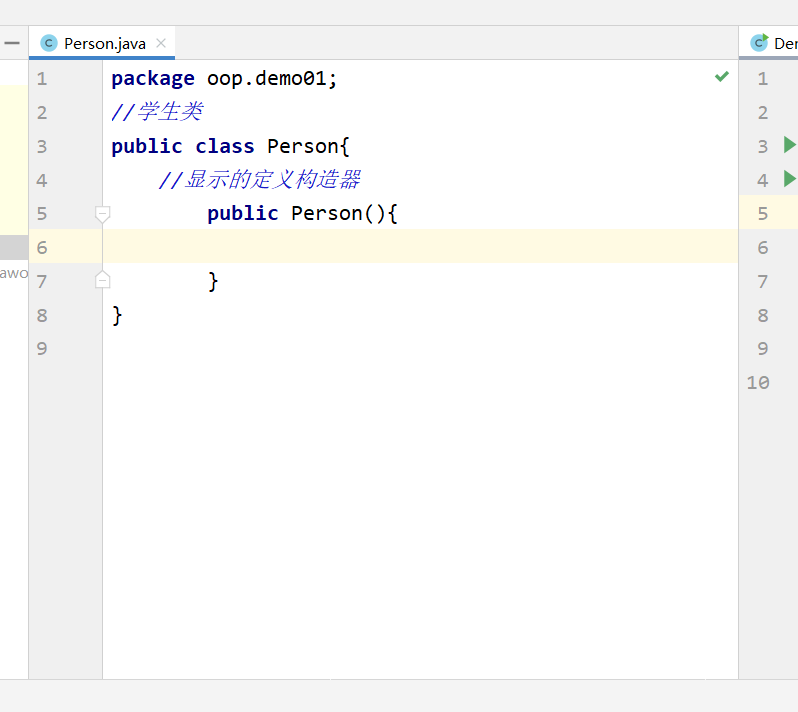 The keyword this can also be used here: 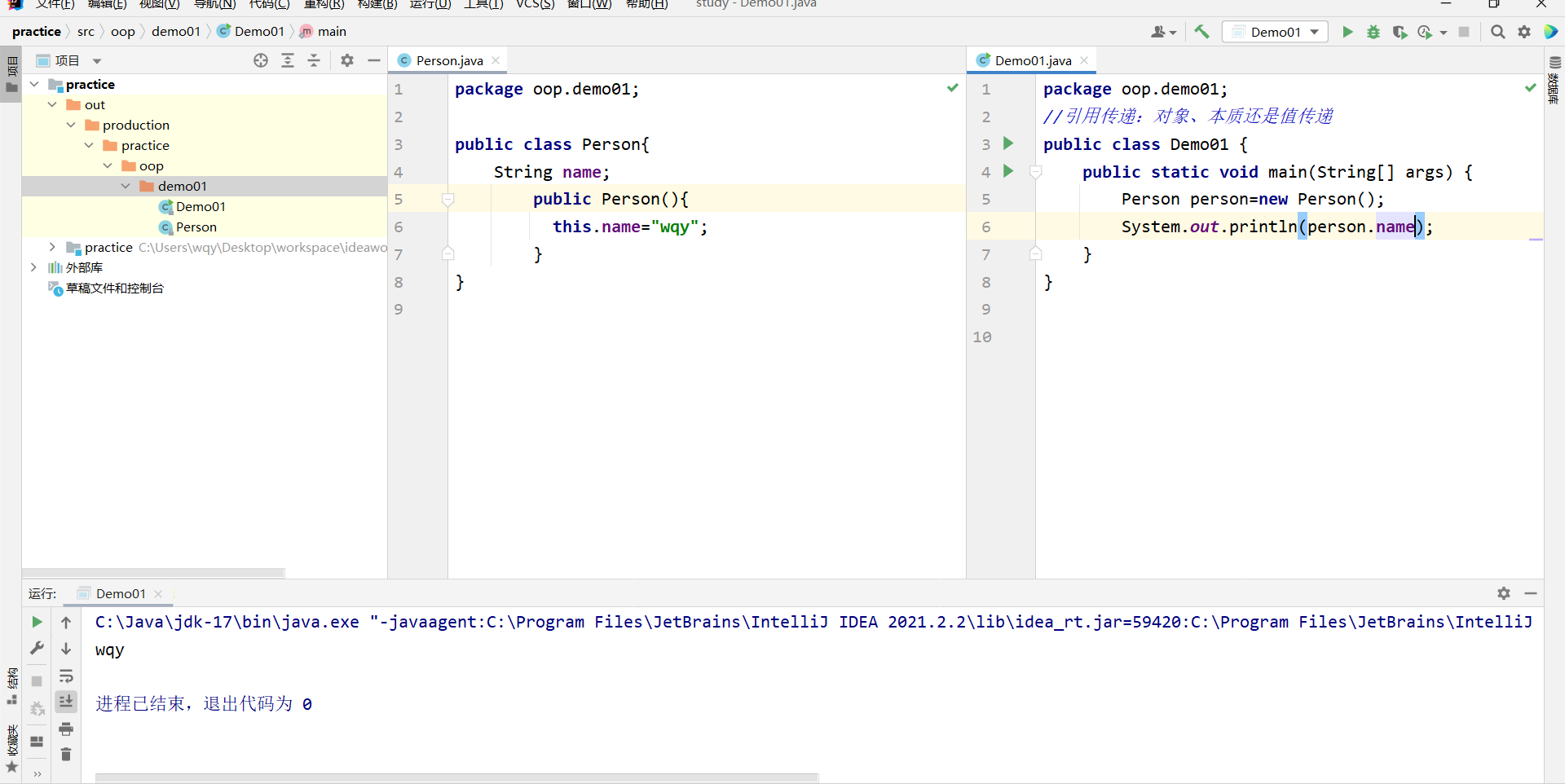 There is also a constructor with parameters: 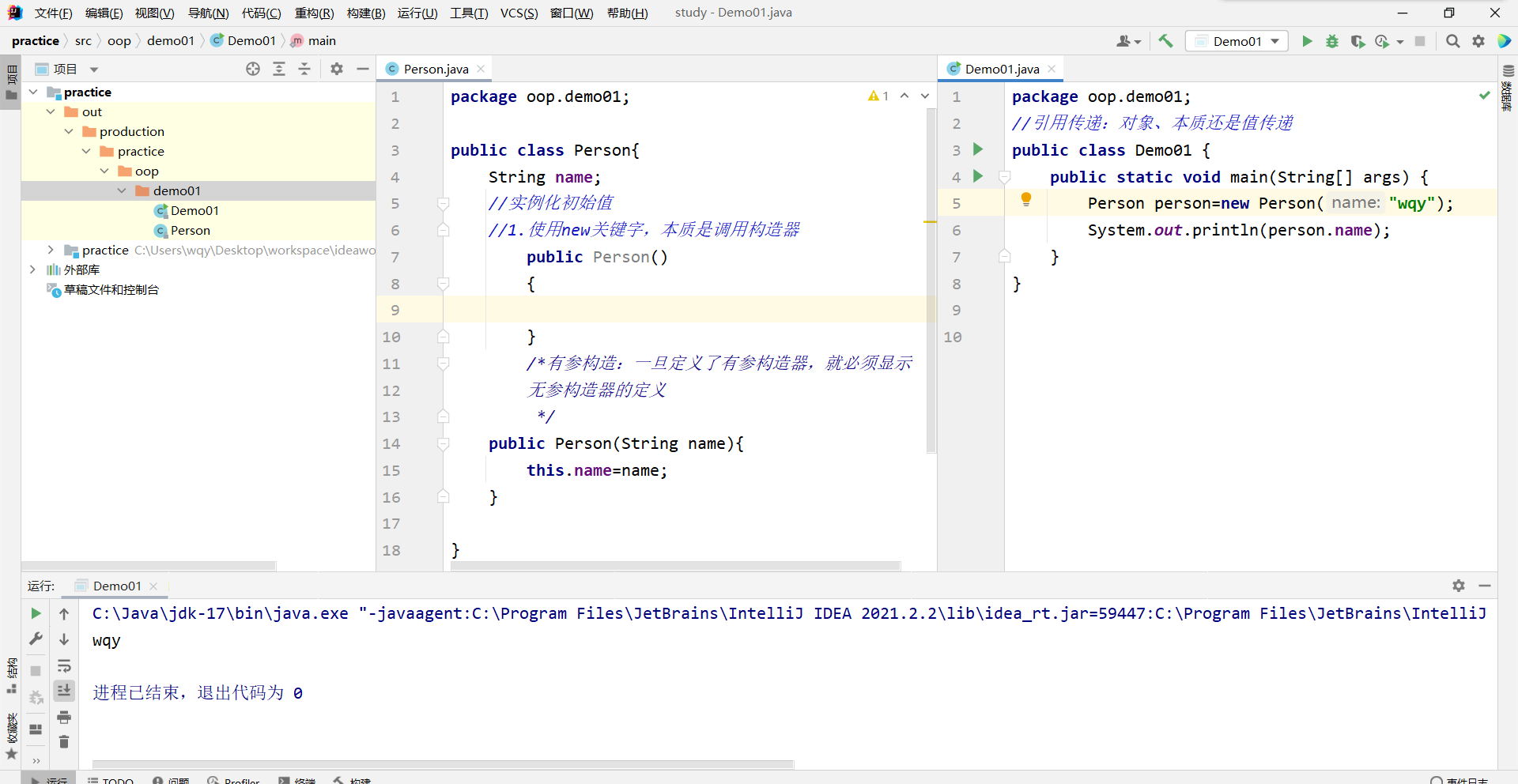 You can also define a constructor with multiple parameters

Explanation of memory in Java

Recommend an article: https://blog.csdn.net/qq906627950/article/details/81324825
Because we haven't learned many things, we can look at them slowly in the future.