JMM is the Java Memory Model, which defines the abstract concepts of main memory and working memory from the Java level. The bottom layer corresponds to CPU register, cache, hardware memory, CPU instruction optimization, etc. JMM is reflected in the following aspects:

2.1. Cycle that cannot be returned

The modification of the run variable by the main thread is invisible to the t thread, which makes the t thread unable to stop

Analyze the reasons for the invisibility of run variables?

Two threads, one i + + and one i --, can only guarantee to see the latest value (visibility), and cannot solve the instruction interleaving (atomicity)

4.1 how does volatile ensure visibility 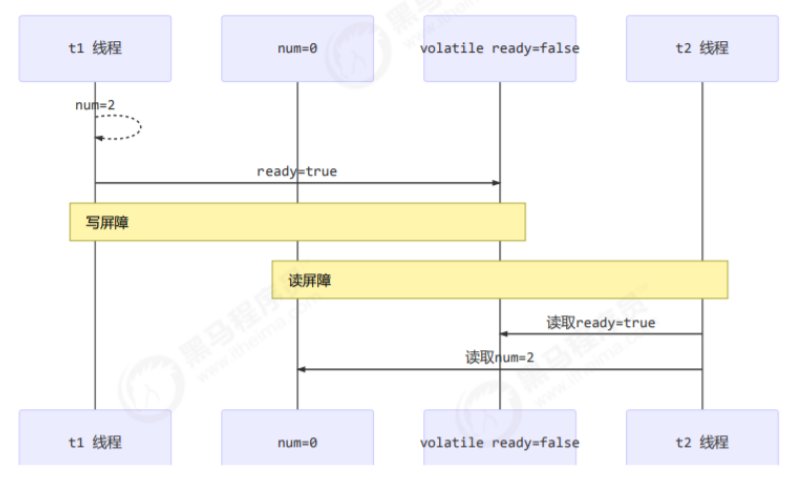 4.2 how does volatile ensure order 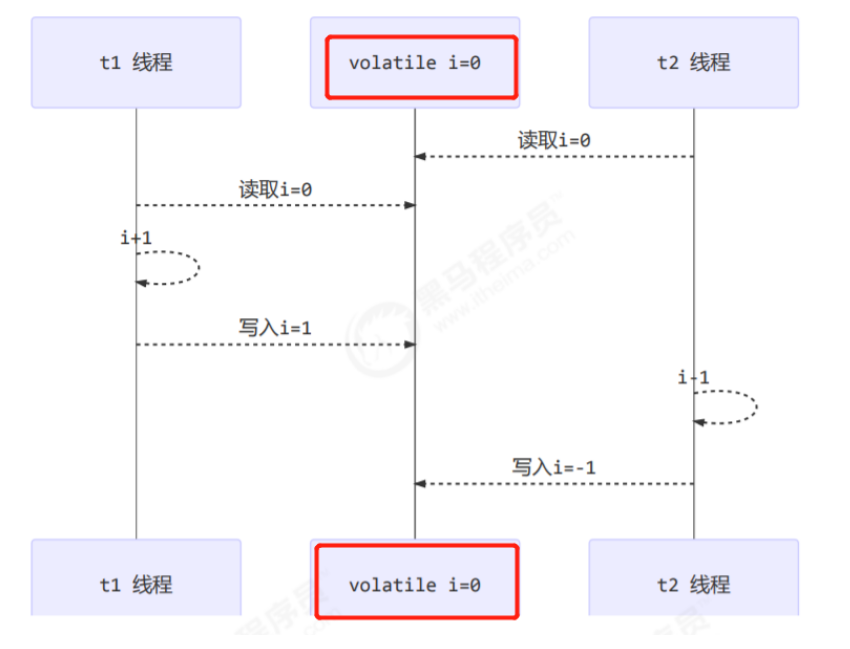 Take the famous double checked locking single instance mode as an example, which is the most commonly used place of volatile

Note: in multi-threaded environment, the above code is problematic. The byte code corresponding to getInstance method is

The jvm may be optimized to execute 24 (assignment) first, and then 21 (construction method)

6. Happens before (write operations to shared variables are visible to read operations of other threads) 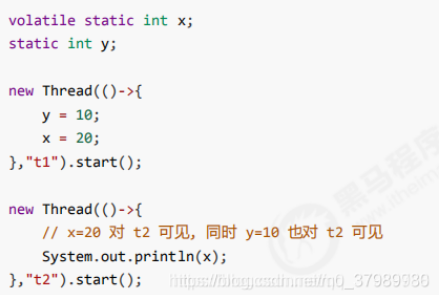