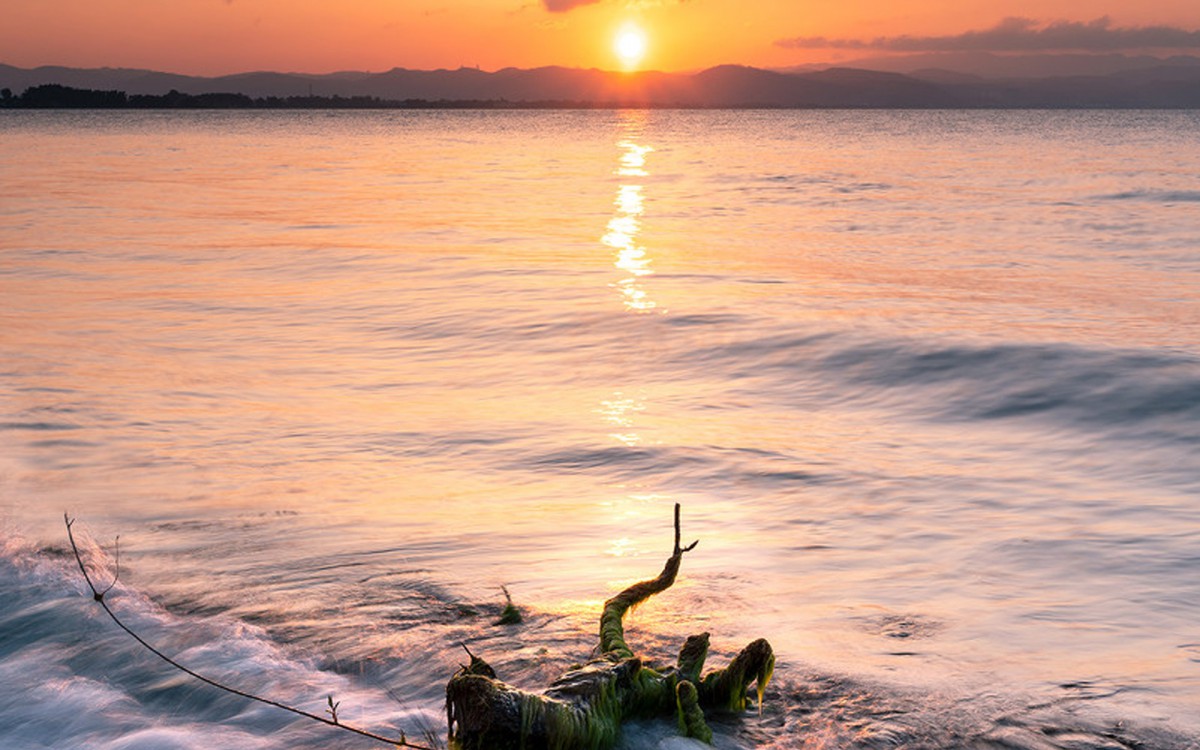 SynchronousQueue has no capacity and cannot store element node information. It cannot obtain elements through the peek method. The peek method will directly return null. Because there is no element, it cannot be iterated. Its iterator method will return an empty iterator collection emptyIterator();.

Synchronous queue is more suitable for thread communication, information transmission, state switching and other application scenarios. A thread must wait for another thread to transmit some information before it can continue to execute.

Synchronous queue is not commonly used, but it is useful in the thread pool, so let's also analyze it.

The implementation of SynchronousQueue is an extension of the dual stack and dual queue algorithm described in "nonlocking concurrent objects with condition synchronization" by W.N.Scherer III and M.L.Scott. For the original English description of the algorithm, see: original text

(Lifo) stack is used in unfair mode, while (Fifo) queue is used in fair mode. The performance of the two is roughly similar. Fifo supports higher throughput, and Lifo can maintain higher thread locality.

The above is quoted from a master's thesis: Research on Java language synchronization optimization based on just in time compiler 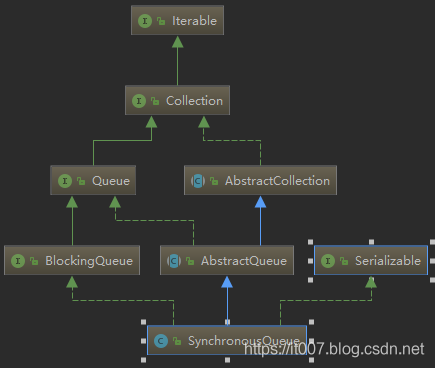 Transferer is an internal abstract class of SynchronousQueue, which is shared by dual stack and dual queue algorithms. It has only one transfer method, which is used to transfer elements from producers to consumers; Or the consumer calls this method to get data from the producer.

The concept of producer and consumer is borrowed here. In fact, SynchronousQueue is also a special producer consumer implementation.

Because the SynchronousQueue queue has no capacity, the operations of producers and consumers will be similar. Here, the jdk author abstracts it into a method to implement put and take operations. It simplifies the code, but makes it a little more difficult to read.

The first parameter e of transfer: if it is not empty, it is put data, but the current thread needs to wait for the consumer to take the data before it can return.

If it is empty, the consumer will fetch the data. If there is no data to fetch, it will be blocked. The data he took is the data put in by the producer.

If the return value of the transfer method is empty, it represents timeout or interruption. 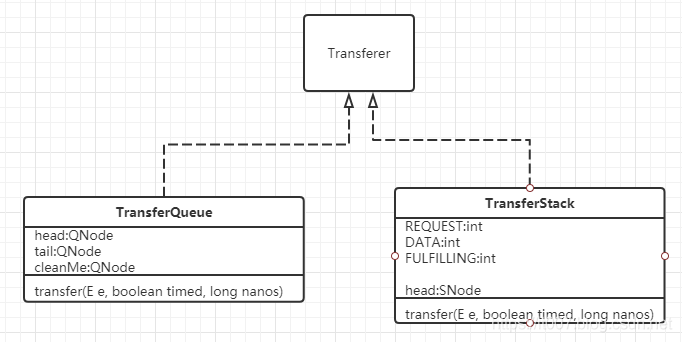 Next, analyze the source code of the fair mode TransferQueue.

TransferQueue is an extension of Scherer Scott dual queue algorithm. It uses internal nodes instead of marker pointers.

put: add the formulation element to the queue and wait for a thread to take it away
Take:: take an element from the counterpart. If the queue is empty, wait for another thread to insert into the node

QNode is the internal class of TransferQueue and represents the internal node. It has only one next pointer, a typical one-way linked list structure.

The basic idea of transfer:
Cycle through the following two situations:

The implication here is that if the queue is not empty, their mode (read or write) must be the same.