What is a thread pool 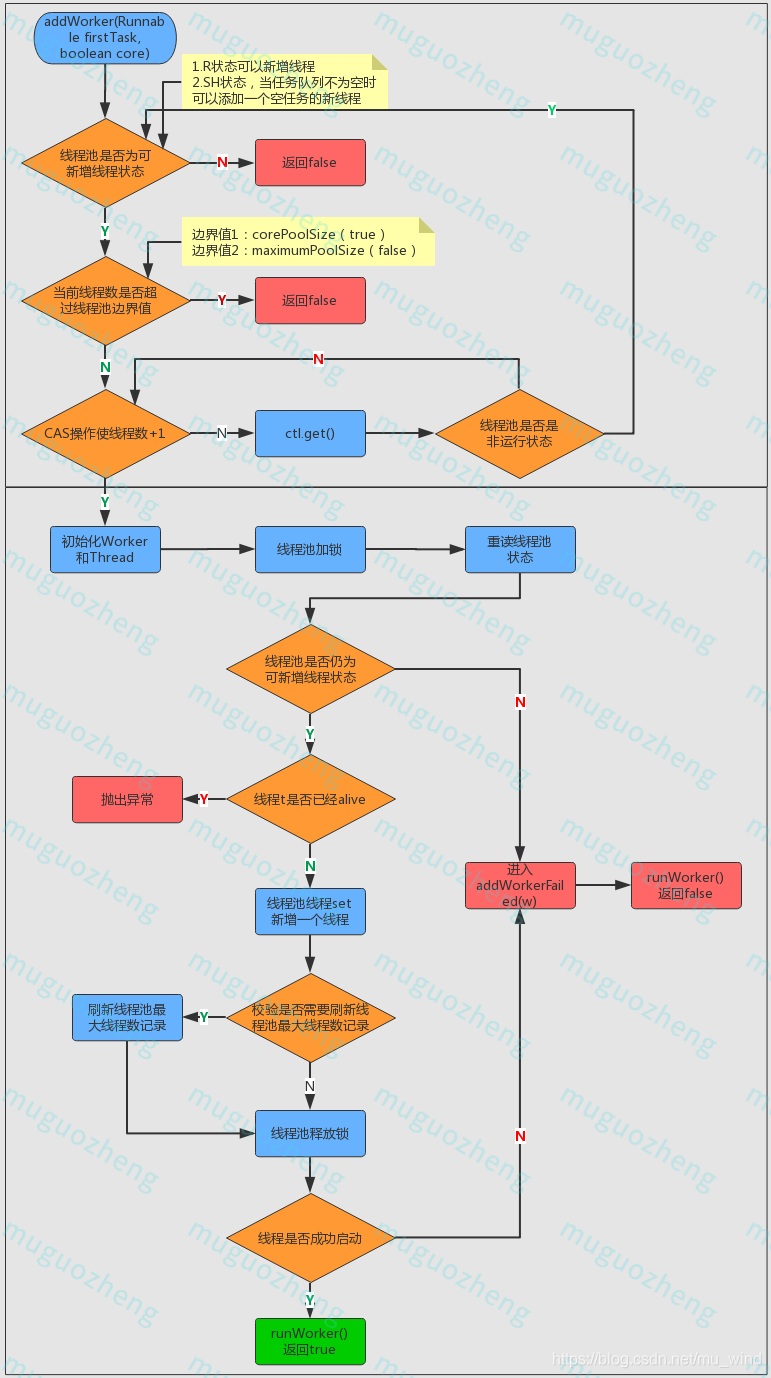 1. The outer loop determines whether a worker thread can be added in the thread pool. This layer verification is based on the following two principles:

2. The inner loop adds a worker thread to the thread pool and returns the result of whether the addition is successful. 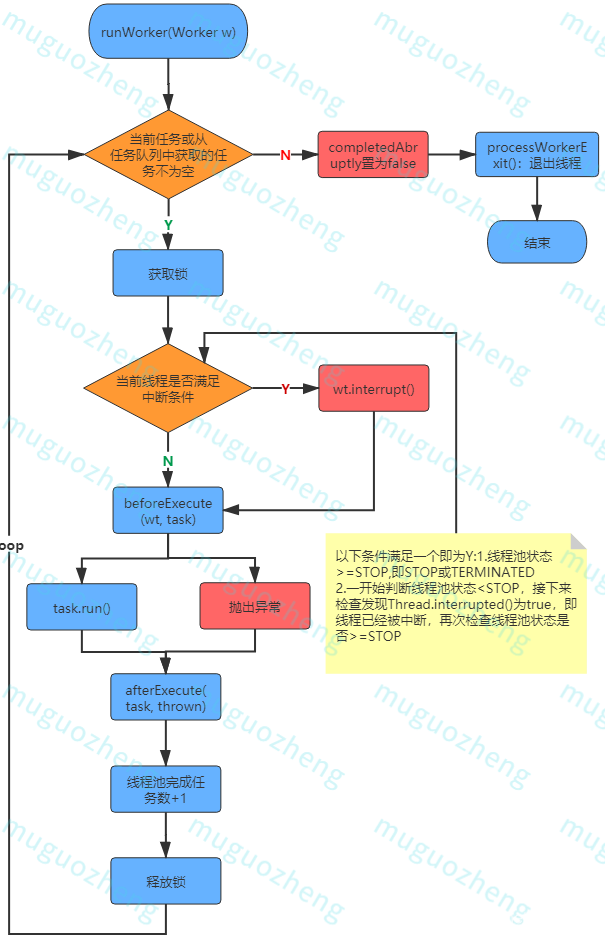 1. Judge whether the current task or the task obtained from the task queue is not empty. If both are empty, go to step 2, otherwise go to step 3

3. If the task is not empty, enter the cycle and lock it

5. After executing the preceding method beforeExecute(wt, task) (this method is empty and implemented by subclasses), execute the task.run() method to execute the task (if the execution is unsuccessful, throw the corresponding exception)

6. After executing the post method afterexecute (task, throw) (this method is empty and implemented by subclasses), the number of completed tasks in the thread pool will be + 1 and the lock will be released.

4. Whether to add worker threads. If the thread pool has not been completely terminated, a certain number of threads still need to be maintained.