There are six states of threads in Java, which are implemented by enumerating classes in Thread. As follows, I explain each state to some extent.

In addition to NEW and TERMINATED, other states can be converted to each other. The conversion process is shown in the figure below. 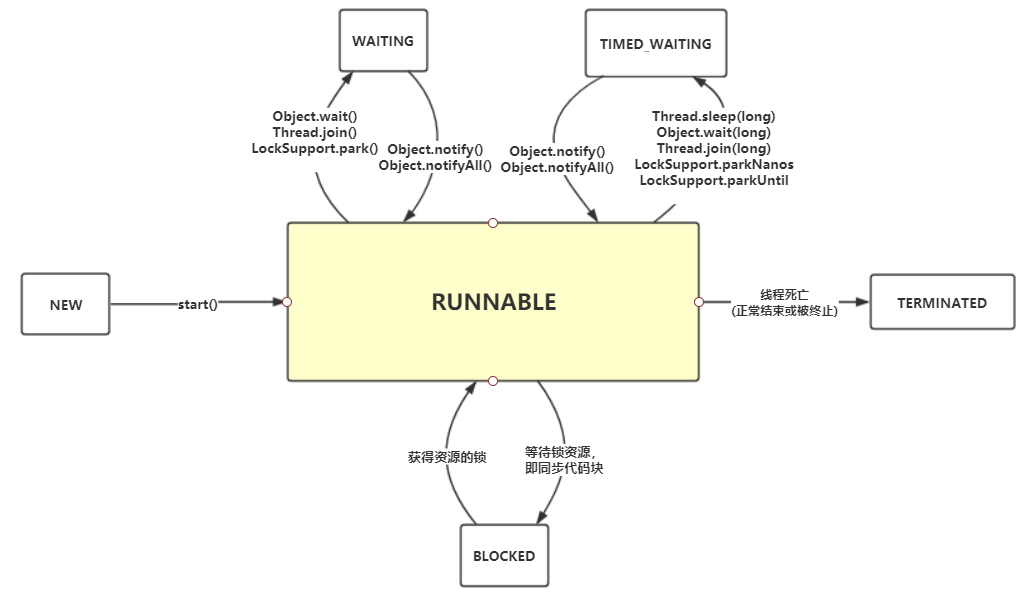 Here we will talk about the runnable state in particular. In this state, the thread does not necessarily execute the program. Only the thread scheduled by the JVM can obtain the execution time slice, and only the thread in this state can obtain the time slice. In other words, the thread scheduled by the JVM and obtaining the time slice only belongs to the thread in the runnable state. In order to facilitate understanding, runnable can be divided into two states: runnable and Running (of course, you can also change it to other states, here I just understand it for myself). Then the above thread transition diagram is transformed into the following one (refer to the thread state diagram in the art of Java Concurrent programming): 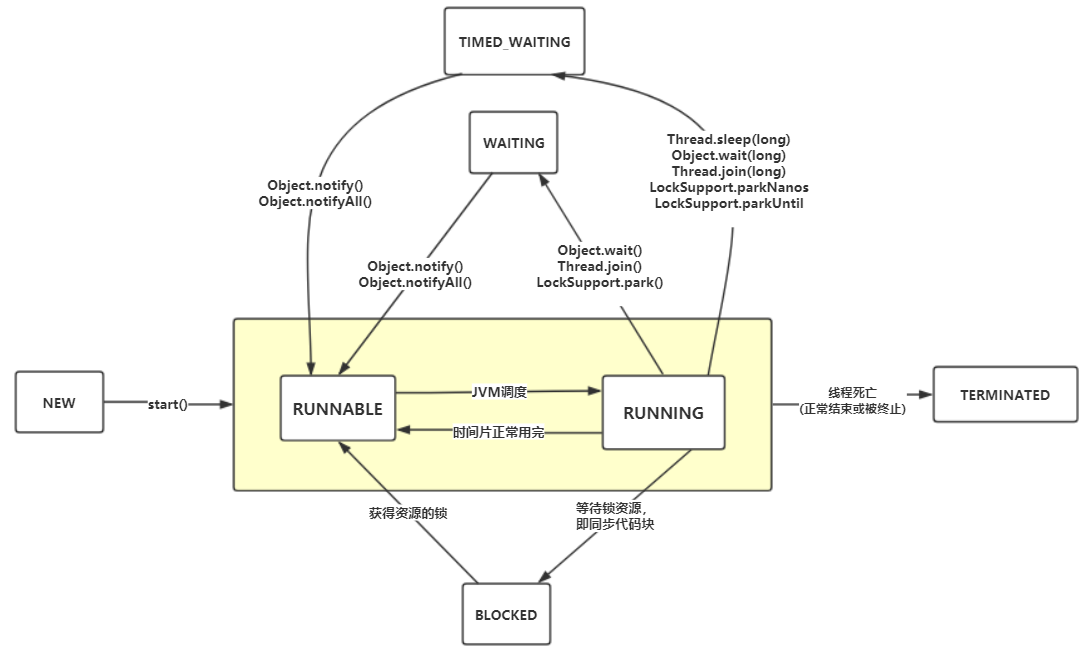 About the example of thread state transition, you can deepen your understanding through the following code

In the above example, we can see that after the normal execution of the run method of a thread, the thread will normally die and enter the TERMINATED state. So if we need to stop the thread halfway, how can we end a thread correctly?

In the method provided by the thread, there is another method to force the thread to shut down -- stop(). This method can be said to be quite overbearing, giving a sense of "I don't care, I want you to die immediately (referring to thread)", and it will release all lock resources of thread, which may lead to data inconsistency and thread insecurity, as shown in the following example.

If there's something wrong, I hope you can give me some advice (free anyway, right).