In typical OOP languages (such as java), the concept of class exists. Class is the template of object, but the concept of class was not introduced into JS before ES6 (ECMAscript6.0 released in 2015)
Before that, objects were not created based on classes, but used a special function called constructor to define objects and their characteristics
Basic introduction to constructor:
Constructor

Instance member: object members created inside the constructor are called instance members and can only be accessed by instantiated objects

Although the constructor is easy to use, there are still problems 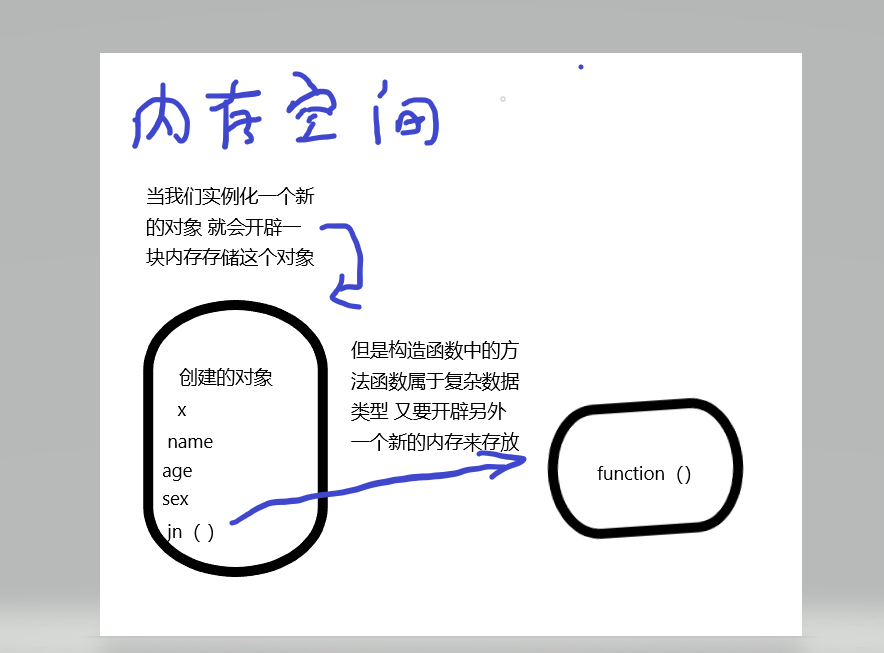 But their methods are not equal, because the storage method of complex data types is to put the address on the stack and the actual object on the heap, so they are not equal
In short, if constructors are widely used, they will constantly open up a lot of space to store the same function, resulting in a waste of memory and a great impact on performance
So at this time, we can use the prototype object to solve it

Therefore, we can define some invariant methods directly on the prototype object, so that all instances of the object can share these methods

As shown in the above code, we created jn this method using the prototype object
Then instantiate two objects
And let them use this method. Let's see how it turns out

It shows that we have realized the sharing of methods 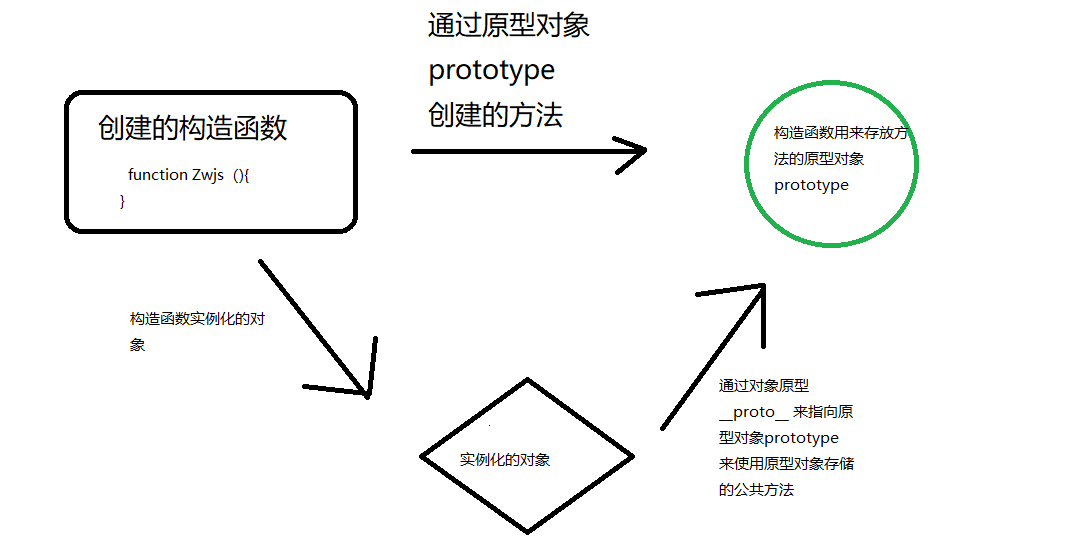 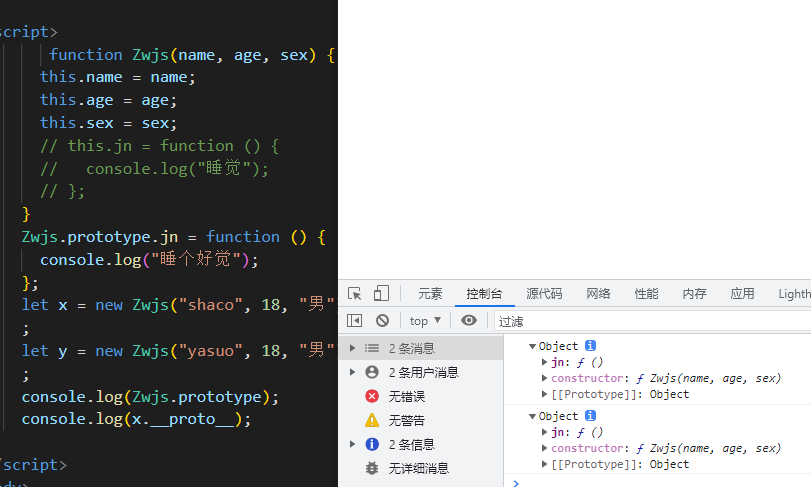 For example, when we use object prototypes to store multiple methods and functions, we often write them in the form of objects to make the structure clearer 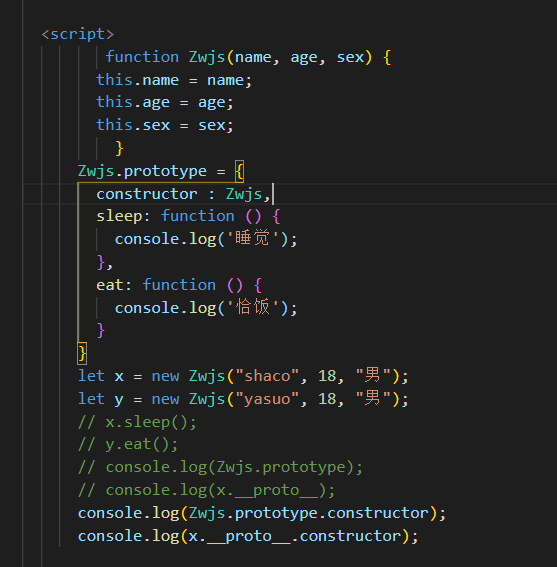 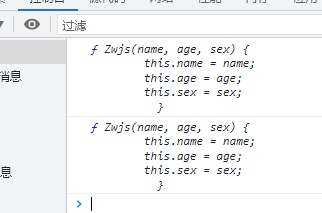 Because each object has its own prototype, what is the object prototype of our prototype object

The results are as follows. We can understand them as built-in objects 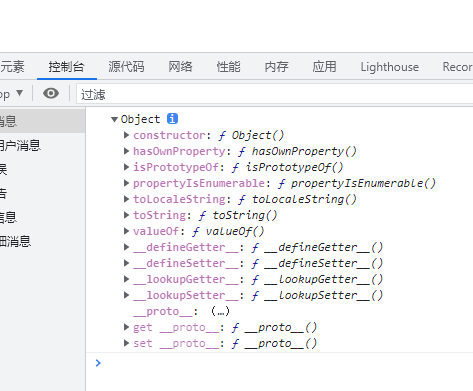 So let's upgrade the prototype chain

We are printing the constructor of the built-in object

Get a constructor
So we can finish the prototype chain again

Thus, the prototype chain is completed 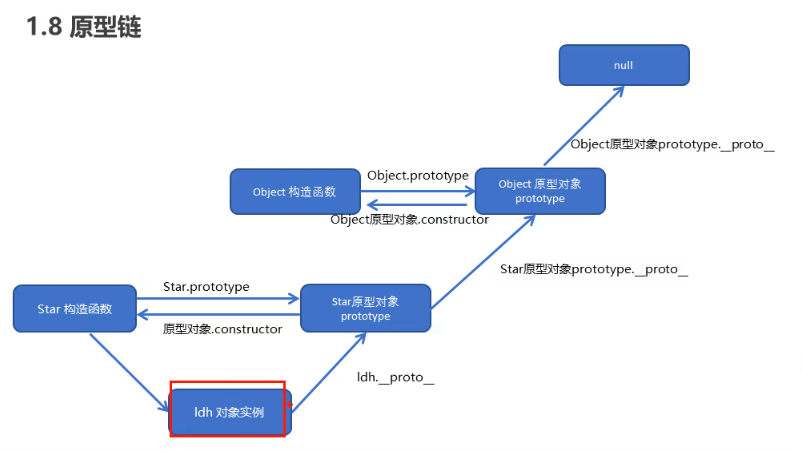 We are commenting on zwjs prototype. Sex = 'female' 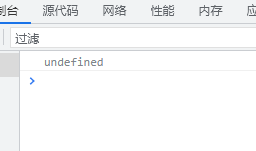 this point of prototype object

We create a variable x without assigning a value

Then add the method to make it equal to this, so we instantiate the object and call the method in the prototype object
x equals this
Then print separately
The representation of this (get the constructor, and then because the constructor points to the object instance)
So we print whether this is equal to the instance object to get true