This note is excerpted from: https://www.cnblogs.com/PatrickLiu/p/7792973.html Record the learning process for future reference.

For English, it is only 26 English letters; for Chinese, it is every Chinese character. We can also understand the "element" - the smallest unit of things. If these units are large and repeated, we can

In most cases, this will not damage the performance of the system. However, in some special applications, because the number of objects is too large, and many of these large objects are repeated, if each pair

Creating images separately (the syntax of C ා is new) will bring the system an unbearable memory overhead, such as graphics application elements and other objects, word processing application character objects and so on.

II. Introduction to the sharing mode

In software system, the problem of adopting pure object scheme is that a large number of fine-grained objects will soon fill the system, which will bring a high price of running time -- mainly referring to the cost of memory demand. How to avoid 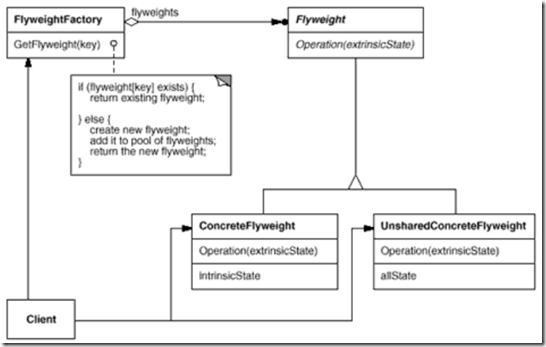 1) Abstract membership role (Flyweight): this role is the base class of all concrete membership classes, which specifies the public interface to be implemented. Operations that require an external state can be done by calling methods

Passed in as a parameter.

2) concrete flyweight: implements the interface specified by the abstract sharerole. If there is an internal state, it can be defined inside the class.

3) FlyweightFactory: this role is responsible for creating and managing the role. This role must ensure that the sharing object can be shared properly by the system. When a client object calls a

4) Client role: this role needs to store the external status of all sharing objects.

When it comes to "sharing element mode", I have a good scenario to explain. We know that there will be many fighters in the game scene of fighting. Basically, the fighters are almost the same. The biggest difference is to take them 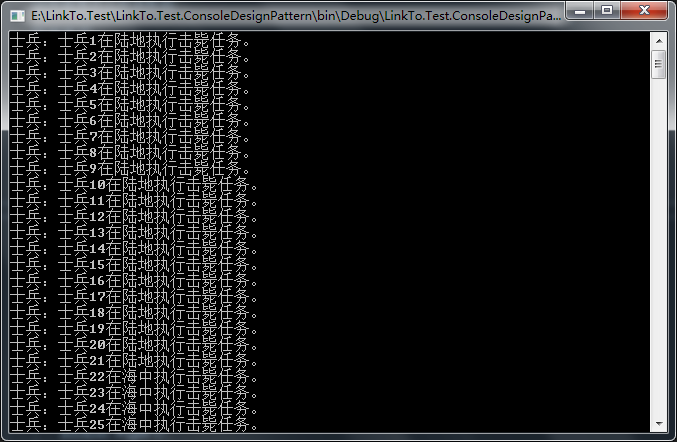 This model is very simple, so I won't talk much.

III. key points for the realization of the sharing mode

Price problem generally does not touch the abstract problem of object-oriented.

Flyweight uses the method of object sharing to reduce the number of objects in the system, so as to reduce the memory pressure brought by fine-grained objects to the system. In the aspect of concrete implementation, we should pay attention to the processing of object state. Object

Too much of it leads to an increase in object memory overhead -- what kind of amount is large? This requires us to carefully evaluate according to the specific application, rather than conjecture.

3.1 advantages of the sharing mode

1) the advantage of sharing mode is that it can greatly reduce the number of objects in the system.

1) due to the need to distinguish the external state from the internal state, the application is more complicated to some extent.

2) in order to share objects, the sharing mode needs to externalize the state of sharing objects, while reading the external state makes the running time longer.

3.3. When all the following conditions are met, you can consider using the sharing mode:

1) there are a large number of objects in a system.

2) these objects consume a lot of memory.

3) most of the states in these objects can be externalized.

4) these objects can be divided into many groups according to the internal state. When the external objects are removed from the objects, each group can use only one object instead of the identity of the software system.

It is worth using the sharing mode when enough sharing instances can be shared.

. NET has a Code Behind mechanism in C ා. It has an aspx file on the surface and a cs file on the back. Its compilation process will actually parse the aspx file into a C ා, and then compile it into a dll,

In this process, any html code we write in aspx will be converted into literal control, which is a general text control, which represents html tags. When the marks are the same,

Flyweight mode is used when building the control tree. Its application is not so frequent, we only use it when the efficiency space is really not high.

Use the scene carefully. This mode is relatively used less in business systems, and more in systems such as game scenarios and character processing. As the old saying goes, use patterns iteratively. Don't