LeetCode-Day83(C++) 116. Populates the next right node pointer for each node

In the initial state, all next pointers are set to NULL.

You can only use constant level extra space.
Using recursion to solve the problem also meets the requirements. The stack space occupied by the recursive program in this problem is not considered as additional space complexity.

Method 2: use the established next pointer
thinking

There are two types of next pointers in a tree.

The first case is to connect two children of the same parent node. They can be accessed directly through the same node, so you can complete the connection by performing the following operations. 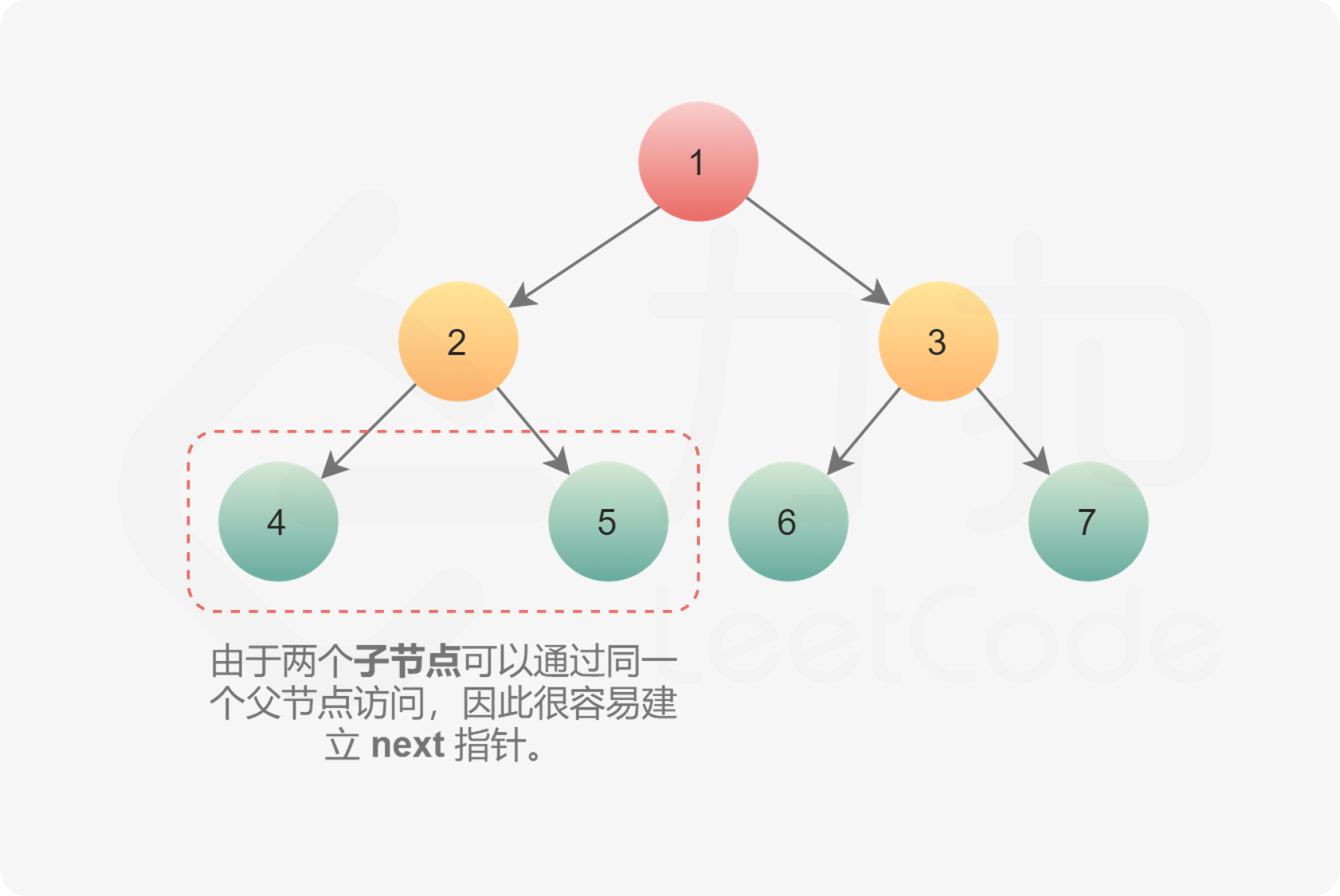 In the second case, a connection is established between the child nodes of different fathers, which cannot be connected directly. 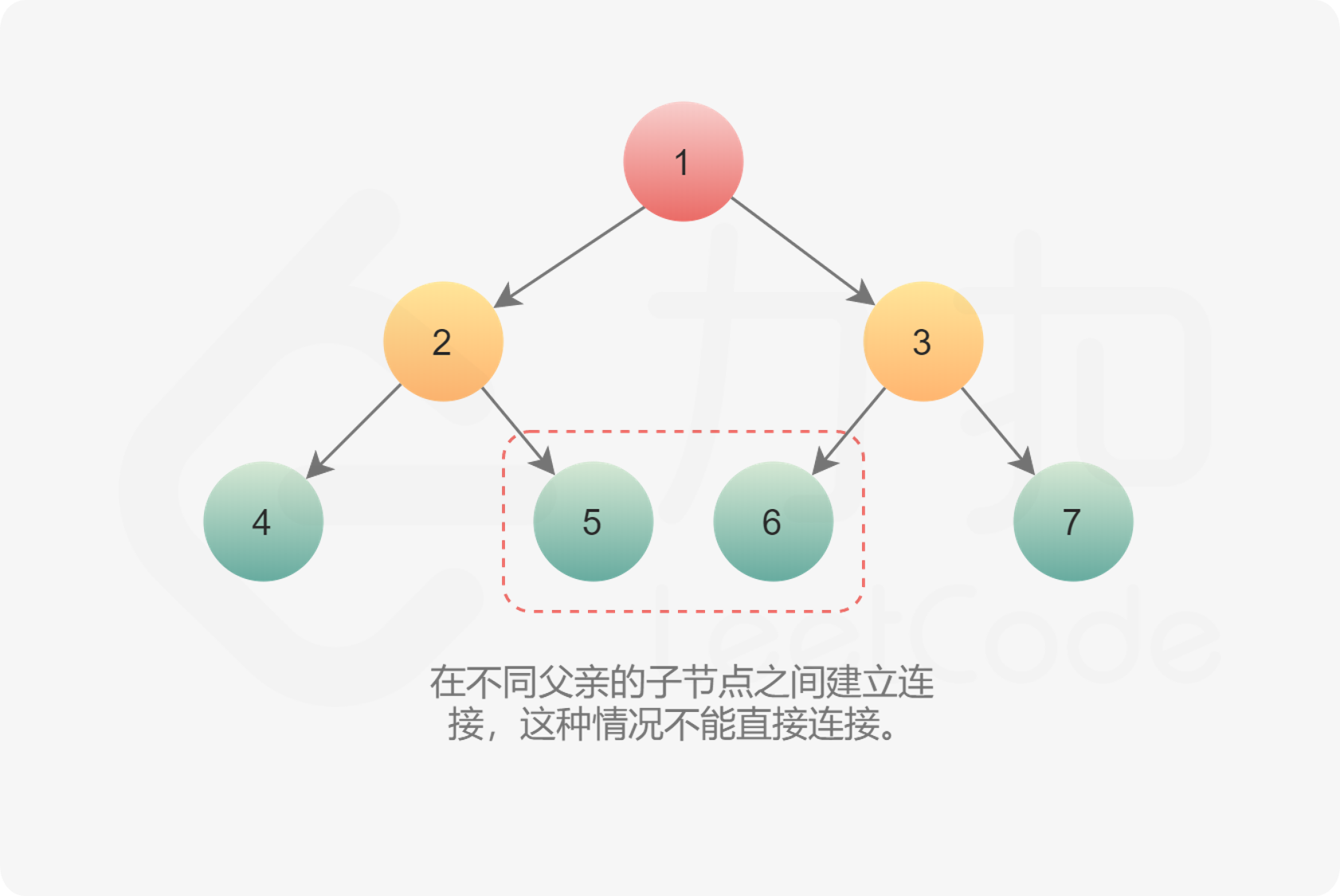 If each node has a pointer to the parent node, you can find the next node through the pointer. If the pointer does not exist, establish the connection according to the following idea:

When traversing a node of a layer, the next pointer of the node of this layer has been established. Therefore, we only need to know the leftmost node of this layer, and we can traverse it in a linked list without using a queue.

The pseudo code of the above idea is as follows:

There are two types of next pointers. 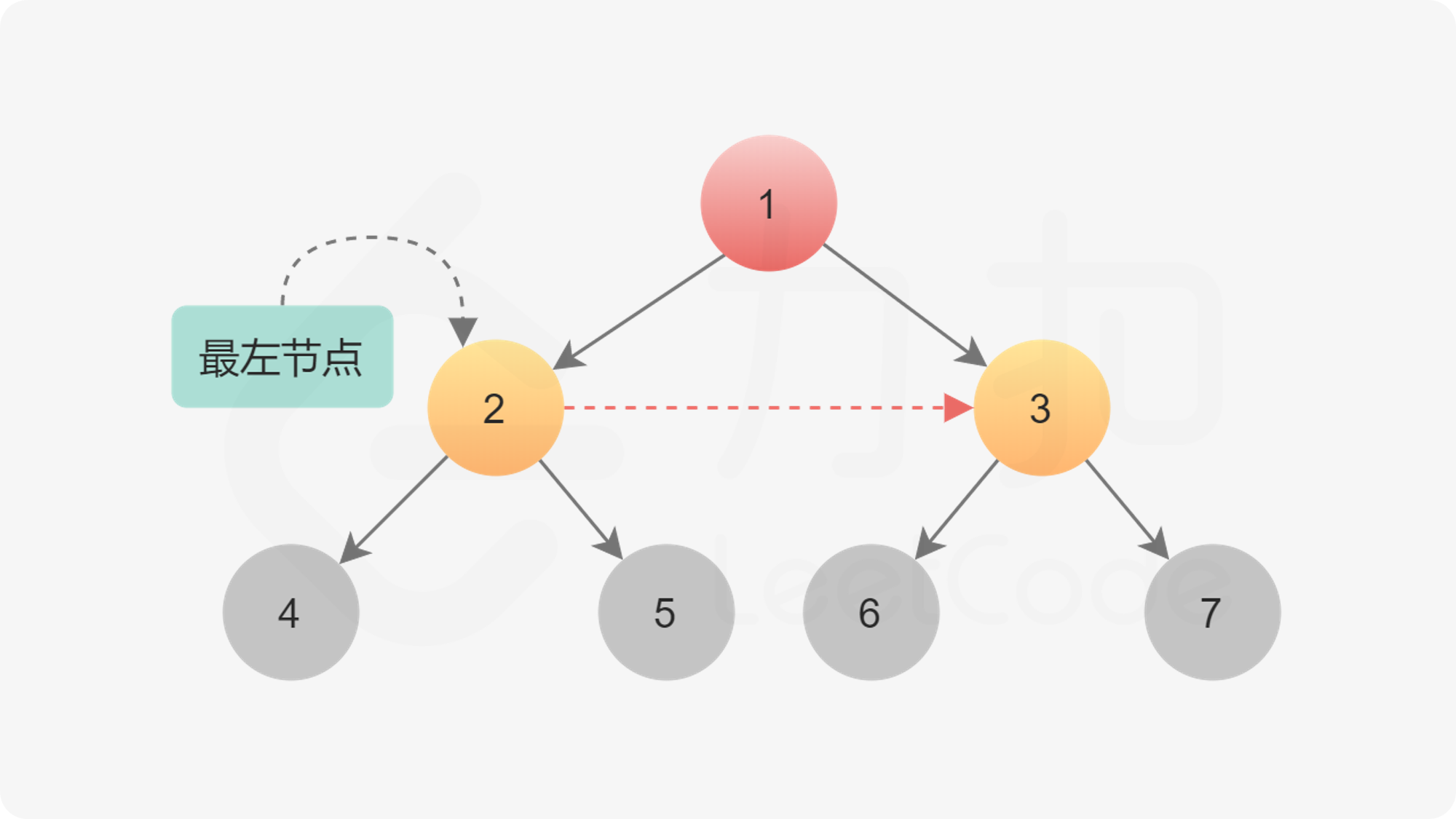 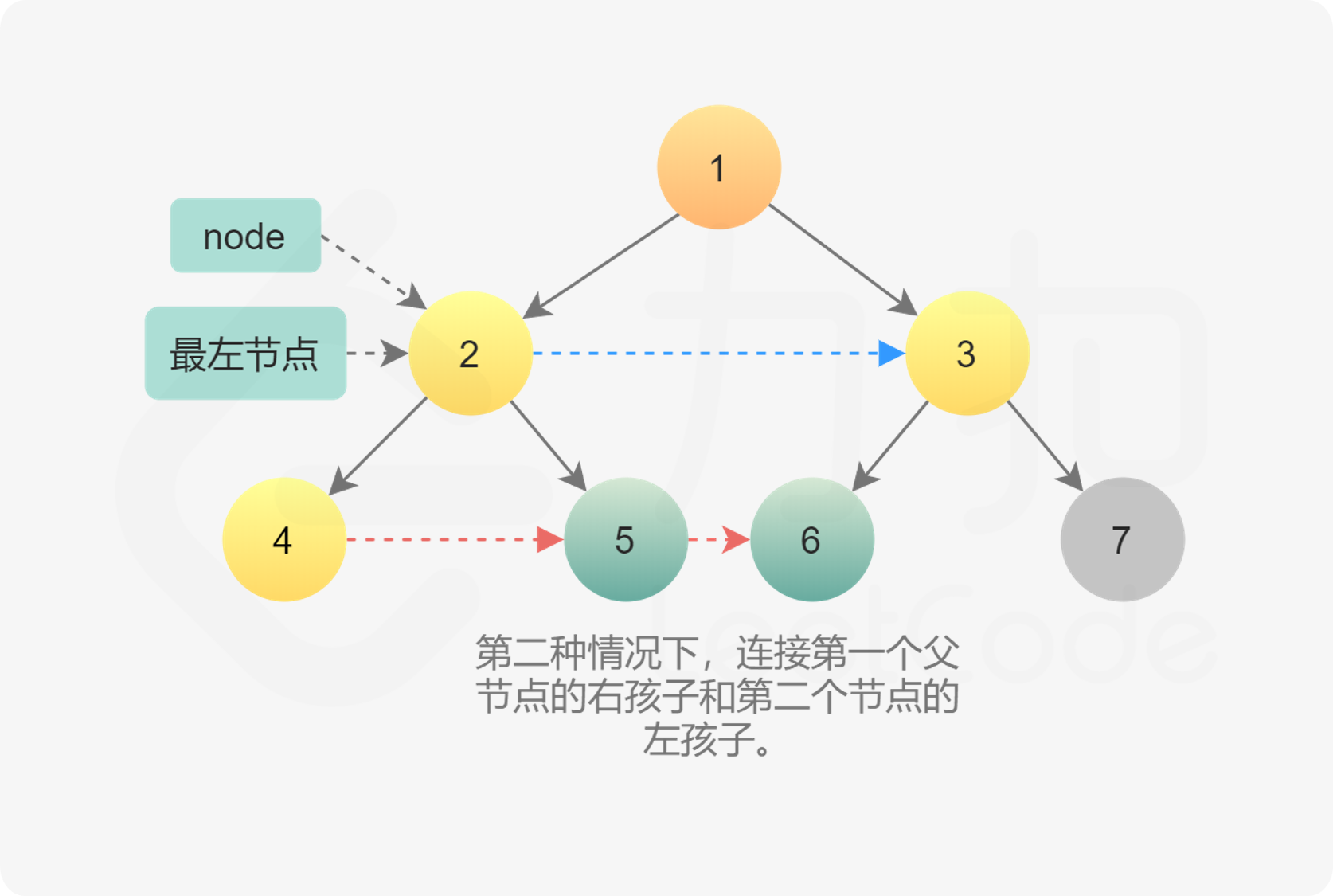 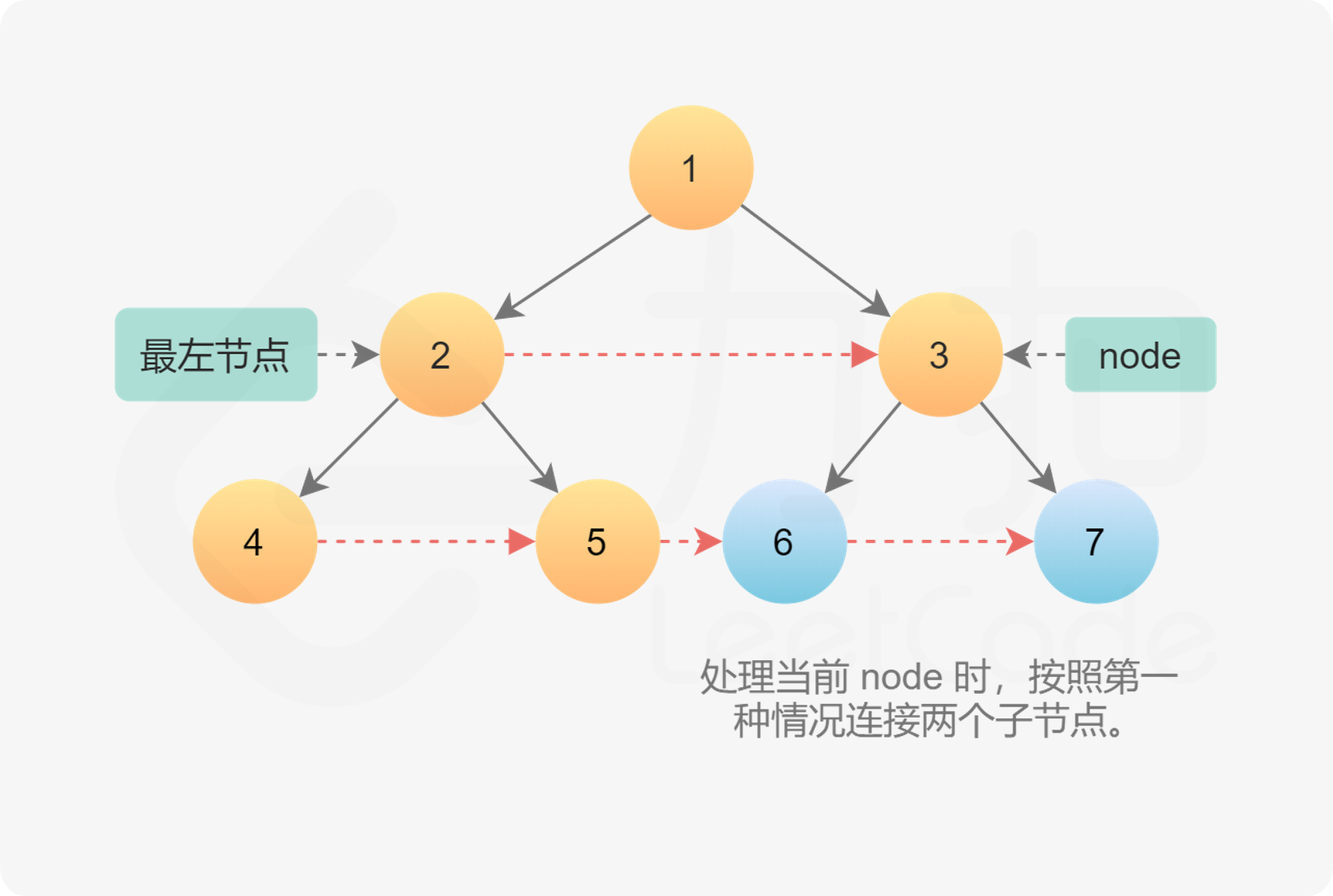