LinkedHashMap inherits from HashMap. In addition to the features of HashMap, LinkedHashMap also provides the function of keeping the same traversal order and insertion order. 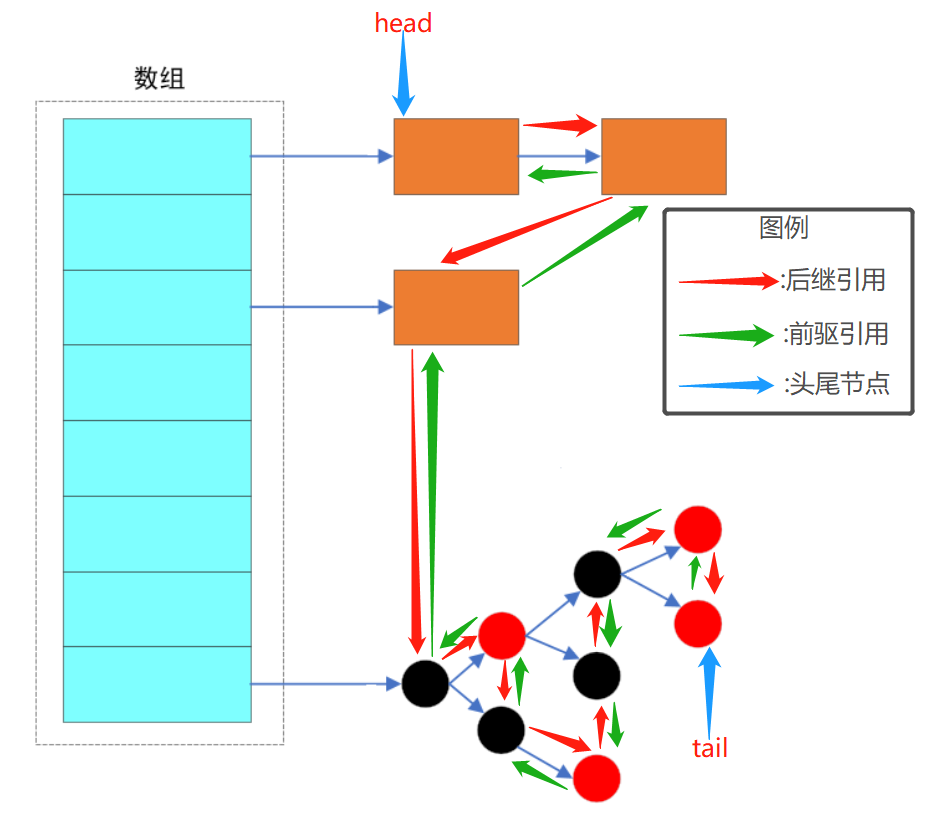 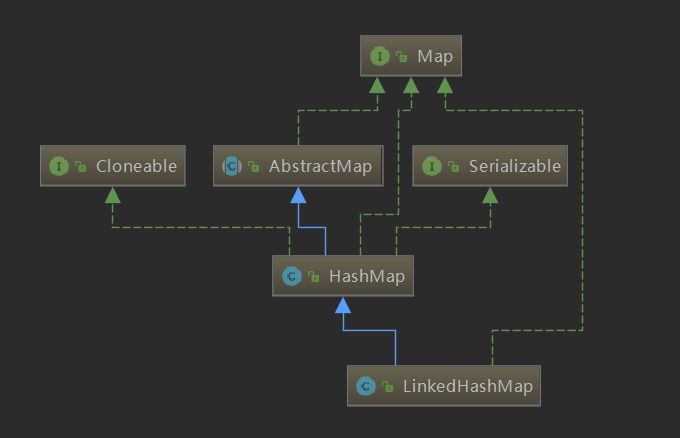 Next, let's focus on LinkedHashMap For the class entry, let's first look at the inheritance system of key values to nodes 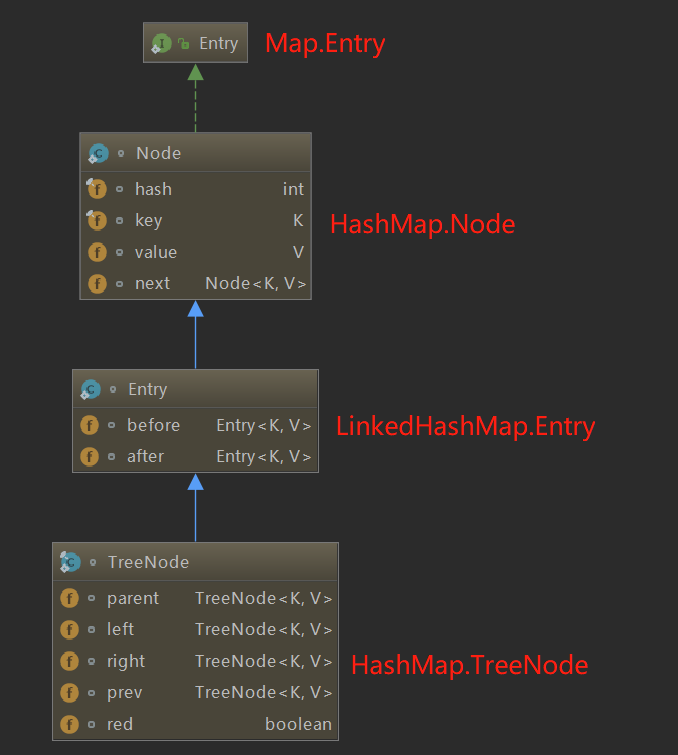 LinkedHashMap has five construction methods, of which four are basically the same as that of HashMap.

The only difference between these four construction methods and HashMap is that accessOrder is set to false by default, that is, it is sorted according to the insertion order by default.

Therefore, the fifth constructor is naturally customizable. The parameter of accessOrder is true or false

The new node still calls the put method of the original HashMap, but the newNode method called when creating the node is a method rewritten by LinkedHashMap.

The creation logic of nodes is very simple, that is, create nodes and link nodes to the end of the queue.

The reading, adding and deleting of HashMap will affect the nodes. Therefore, after performing the corresponding operations, HashMap will call the following callback methods respectively to synchronize the state of the two-way linked list.

On the premise that the accessOrder property is set to true, when the node is accessed, it will be placed at the end of the linked list.

To sum up, the operation process is to move the target node from the current position to the end of the linked list. The logic is relatively simple.

This method will be called when inserting elements, but the callback method does not insert nodes into the two-way linked list (the previous nodes have been inserted into the two-way linked list when they were created), but judges whether to remove elements according to conditions, which can be used to realize the caching of LRU policies, which will be explained in detail later.

The above code will not be executed under normal circumstances. Later, this feature will be used to implement a LRU policy cache

This method is called when the element is deleted

The above logic is relatively simple. To sum up, it is to remove the target node from the two-way linked list.

The search method of the corresponding part in LinkedHashMap has been rewritten, mainly for the above callback operation

According to the maintenance order of LinkedHashMap, you can easily implement a LRU policy cache. When we introduced the callback method afterNodeInsertion earlier, we said that this method controls under what circumstances the least recently accessed node can be removed. Therefore, we can create a subclass of LinkedHashMap and override the removeEldestEntry method to implement the LRU policy. The code is as follows

The specific test code will not be repeated.