The magnetic disk is composed of multiple disks. The front and back sides of each disk are readable and writable. The magnetic particles on the surface of the disk are changed by the magnetic head to complete reading and writing.
When the disk leaves the factory, there are many divided concentric rings on the disk. The data is stored in the magnetic particles on the ring, and such a ring is the track.
Each disk has many tracks that are invisible to the naked eye. The tracks are divided into multiple sectors, and each sector can store 512 bytes.
Cylinder is an abstract concept. Tracks in the same vertical area of multiple disks are called cylinder. Data is stored in sectors on tracks with the same radius. When reading and writing, the seek time of magnetic head can be reduced
A magnetic head is a metal block on a disk track that is responsible for reading and writing

The disk on the physical machine is named sda (a is a disk, and the subsequent disks are divided backward according to letters, such as SDB and sdc). The disk will be followed by the numbers 1, 2 and 3. The partition divided for this disk, such as sdb2, is the 2 partition of the second disk.
The naming method of virtual server is basically the same as that of physical machine, but the s of sda is replaced by v, that is, vda.

mkfs format partition can be operated on the whole disk or a single partition. Generally, do not format the whole disk directly (all partitions will be out of format). Format after partition, and exchange space will be reserved in the header

Mount the partition entry to the test directory, and then mount all storage, reading and other operations under the directory, which is equivalent to

These are temporary operations. You can change the contents of the file in etc/fstab for configuration

Copy according to the above configuration
After writing, mount -a test can be used to check whether the written content is wrong

swap virtual memory can be used when the physical memory module is insufficient (when the physical memory module is insufficient, it will randomly kill an ongoing process to free memory, and when the memory overflows, various commands may not be used normally, and the system will report an oom exception). swap is used as memory, but this method is very slow. After all, disk is used to flush the memory.

In order to simplify the use of disk, the operating system provides a secondary system FS (file system)
By default, the disk is divided into two storage areas. One is the Inode for storing metadata, each Inode block block is 128bit, and the other is the block for storing real data, each block occupies 4kb. When the data written in the block is marked for use, the Inode block is associated with and records the file corresponding to the block and the location of the block in the disk.
If most of the files stored in the disk are small files, which occupy a small space, but the number of files is large, it may lead to obvious memory, but it is unable to create a folder, report an error, and the capacity is insufficient. This is that the Inode number has been occupied, and there is no available Inode number for new files. Therefore, in order to prevent this problem, you can adjust the number of inodes before creating partitions

During work, you may encounter the problem of disk damage, which can be used 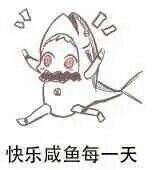