When a process opens a file through a system call, open(), the system call finds the file and encapsulates it into an instance of the file structure that is provided to the process, called a file object.

Notably, the pointer f_in the structure OP points to structure file_operations, which encapsulates operation functions on files. The structure is in the file include/linux/fs.h is defined as follows:

Task_ The struct structure holds all the data structures of a process
Where the file pointer points to files_ The struct structure, which combines this file descriptor array with some dynamic information in the system, forms a new data structure, the process opens the file table.
A process opens a file in the file table that has been opened by all processes and encapsulates all his information within the struct file structure.
There are two main parts: 1 file operation, 2 file location

The relationship between dentry and inode nodes 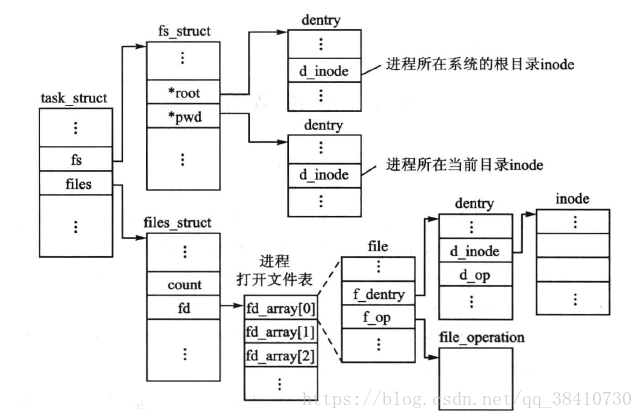