In the previous sections, we learned how to organize virtual memory space and how to manage physical pages. Limitation we need some data structures to manage the two

Each process has a list vm_area_struct, which points to different memory blocks in the virtual address space. This code is called mmap 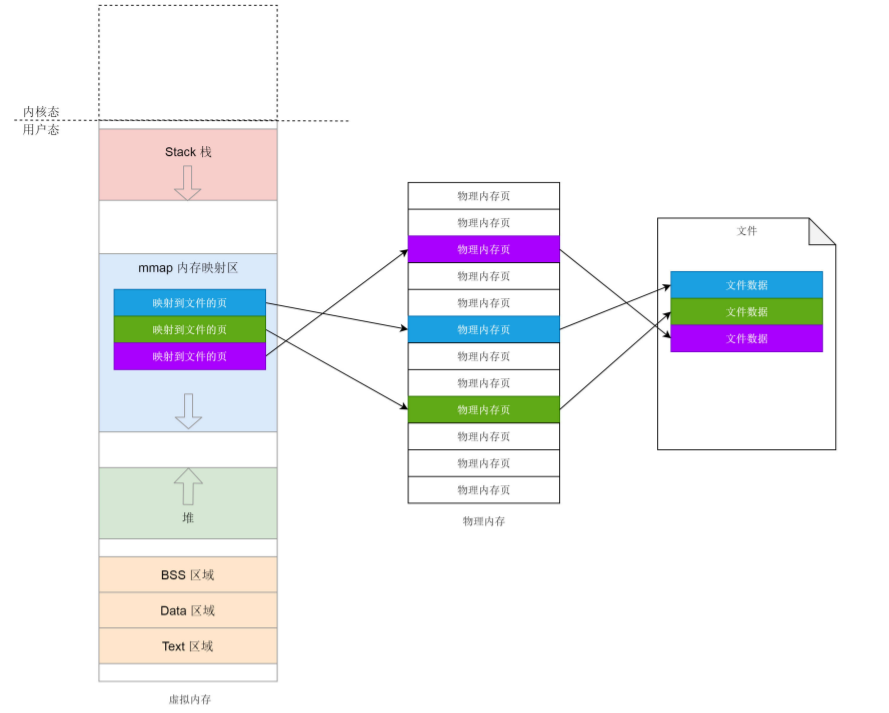 What does the mmap system call do?

If you want to map to a file, fd will pass a file descriptor and mmap_pgoff uses the fget function to generate a good struct file according to the file descriptor. Struct file represents an open file.

Let's look at MMAP again_ Region to see how it maps this virtual memory area:

The open file will be represented by a structure struct file. It has a member pointing to struct address_space structure, in which there is a variable named I_ Red black tree of MMAP, vm_area_struct is hanging on this tree.

At this point, the content of memory mapping will come to an end. But now there is no relationship with physical memory, or tossing in virtual memory?

Yes, because so far, we haven't really started accessing memory. At this time, memory management does not directly allocate physical memory, because physical memory is too valuable relative to virtual address space. It will not be allocated until it is actually used

Once you start accessing an address of the virtual memory, if you find that there is no corresponding physical page, you will trigger a page missing interrupt and call do_page_fault

Here, in addition to creating a new mm_struct, and as like as two peas in memcpy, it is necessary to call mm_. Init to initialize. Next, mm_init call mm_alloc_pgd, assign global page directory page, assign value to MM_ pdg member variable of struct

pgd_ In addition to allocating PDG, alloc also does a very important thing, that is, calling pgd_ctor.

pgd_ What did ctor do? Let's take a look at the comment inside, which copies the_ pg_ Dir reference, swapper_pg_dir is the top-level global page directory of the kernel page table.

So far, after a process fork s, it has a kernel page table and its own top-level pgd, but it has not been mapped for the user address space at all. This needs to wait for the moment when the process runs on a CPU and accesses memory.

When the process is called to run on a CPU, context is called_ Switch performs context switching. For memory switching, switch will be called_ mm_ irqs_ Off, load will be called here_ new_ mm_ cr3.

Here we should pay attention to two points.

After a big circle, we finally connected all parts of the whole mechanism of the page table. But we haven't finished our story, and the physical memory hasn't been found yet. We have to continue to analyze the handle_ pte_ Implementation of fault.

In general, there are three situations.
If the PTE, that is, the page table entry, has never appeared, it is the newly mapped page. If it is an anonymous page, it is the first case. It should be mapped to a physical memory page, where do is called_ anonymous_ page. If it is mapped to a file, do is called_ Fault, this is the second case. If the PTE originally appeared, it means that the original page was in physical memory and later changed out to the hard disk. Now it should be changed back, and the call is do_swap_page

The second case maps to the file do_fault, eventually we will call__ do_fault.

Next, let's look at the third case, do_swap_page

swapin_readahead will eventually call swap_readpage. Here, we see the familiar readpage function, that is, the process of reading ordinary files is the same as that of reading swap files. Kmap is also required_ Atomic makes temporary mapping. 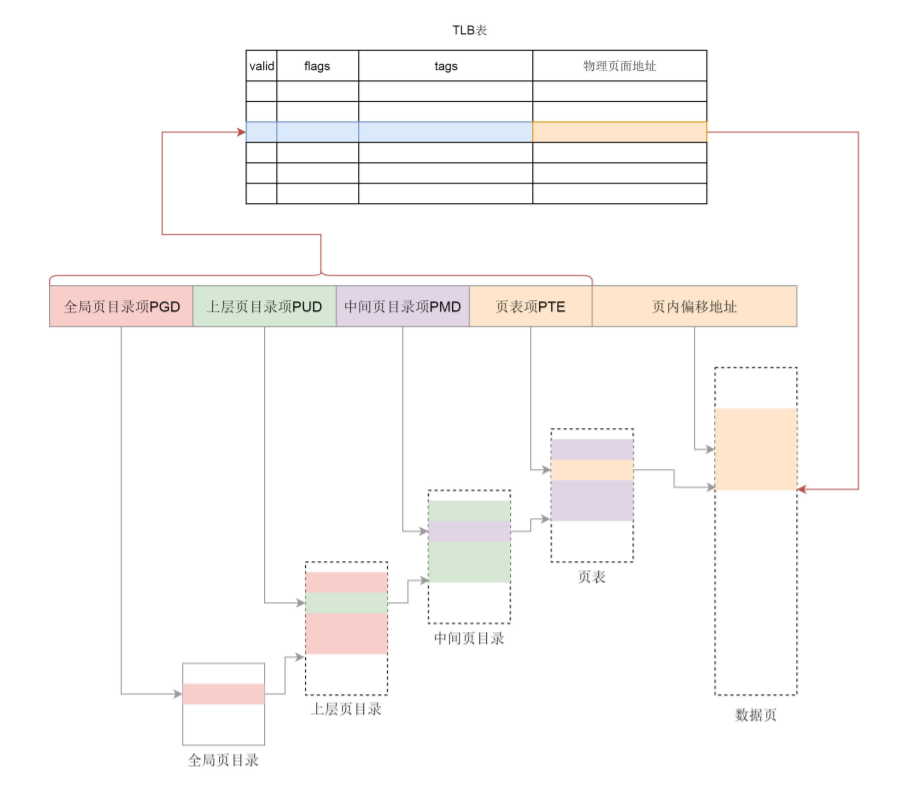 In order to improve the mapping speed, we introduce TLB (Translation Lookaside Buffer), which is a hardware device specially used for address mapping. It is no longer in memory and can store less data, but faster than memory. Therefore, we can see that the TLB is the cache of the page table, which stores the most likely page table items to be accessed at present, and its content is a copy of the page table.