Ansible easy to use
Saltstack, come on

Ansible has no server daemon and does not install its own software on the client, so it is actually a set of commands (the most notable of which are ansible plybook, ansible vault, and ansible) installed on the system you want to use to manage the client.

The default location of Ansible's main configuration file is / etc / Ansible / Ansible cfg. It is recommended to add the following line to the end of the file.

These two lines enable the pipelining feature of SSH, which can significantly improve performance.

Ansible can easily combine system wide configuration with personal configuration. Do not delete the system configuration, just create ~ / ansible.cfg and set the location of the manifest file and role directory to overwrite it.

The list is the list of the client system, and the role is the operation set that abstracts all aspects of the client configuration.

Variable assignment: each host has its own set of variables defined in YAML format. By default, these definitions are saved in / etc/ansible/host_vars and / etc / ansible / group_ A file named after a host or group in the vars directory. It can be used if necessary yml as the suffix of the file name.

As follows: put the location of sudoers file and the user name of the administrator into a separate variable file, such as group_vars/all/admin.yml

The value of admins is a hash array, which is iterated to create all accounts. Iteration through with_items (it is the attribute of the task, not the operation performed by the task)

From the perspective of YAML and JSON, each task forms a list. Each dash in the left margin indicates the start of a new task, and the task itself is described in a hash.

state parameter
In Ansible, the operation module often performs different tasks according to the state you request. For example, for the package module, state=present will install the package, state=absent will delete the package, and state=lastest will ensure that the package exists and is up-to-date.

Salt's communication bus uses TCP ports 4505 and 4506 at the server to ensure that the firewall or packet filter between the server and the client allows the traffic on these ports to pass through.

Whether on the master server or the minion, the Salt configuration file is located in / etc/salt.

Pillar is evaluated on the master side and then passed to minion as a single unified JSON hierarchy.

Salt master can accept client registration from any machine as long as these machines can access it, but each client can become active only after you use the salt key command on the main configuration server.

Where the asterisk matches example All client ID S in. Com. You can only use '*' here, which is an extended matching pattern. The prefix G @ is used to match the grain value. The grain name to be checked is os, and the value to be searched is freebsd. Extended matching can also be used here.

Another intuitive way to write.

However, the writing of @ can be clearly extended to complex expressions that design parentheses and Boolean operations. 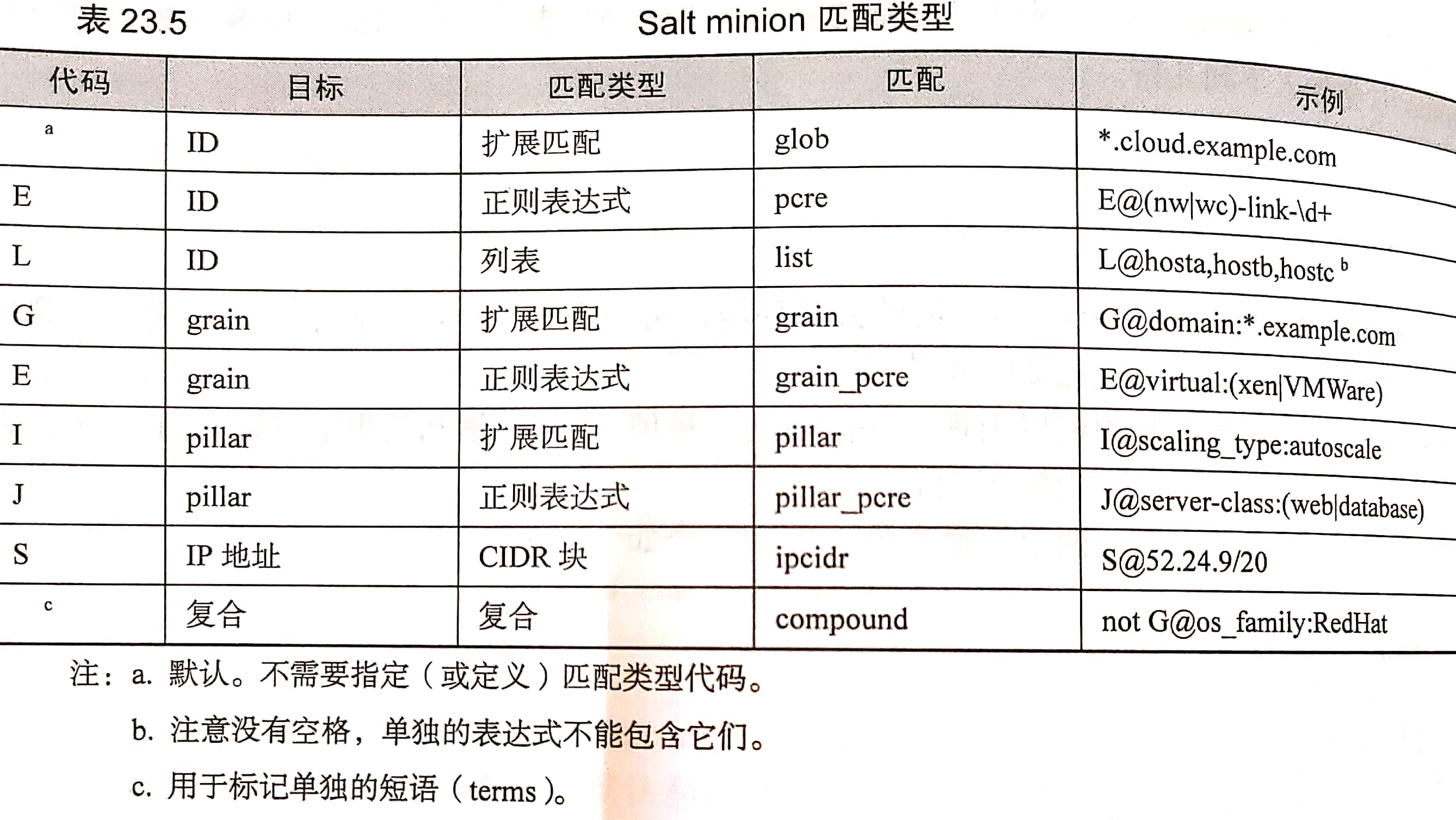 What is the value of the matched grain or pillar

saltenv here refers to the running environment, and the default is the base environment.

state.highstate: This is the global. All environments and all States take effect. It will read the top of each environment sls, and effective for all sls.

Examples of Automated Deployment Based on gitlab and jenkins: https://blog.csdn.net/aaaaaab_/article/details/82012044

The following occurs when Jenkins is installed: the instance of Jenkins appears to be offline.

Log in jenkins on the browser again and generate a pair of secret keys on the linux machine
# ssh-keygen -f ~/.ssh/jenkins # generate key pair 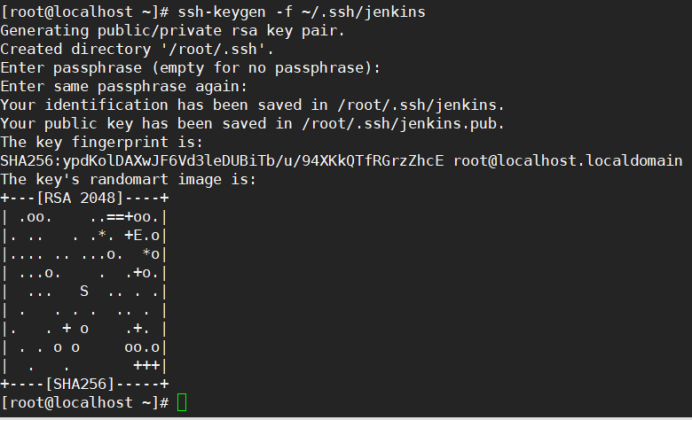 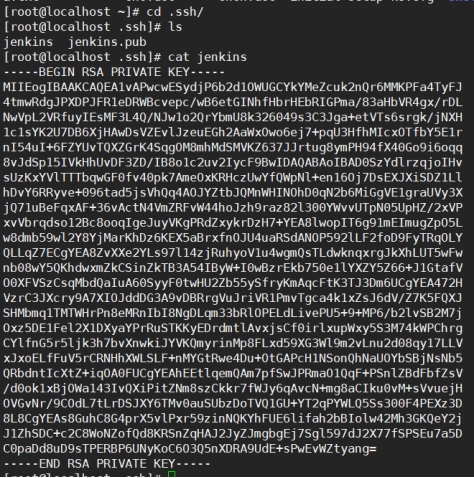 System management – > system settings, find the previously installed Publish over SSH plug-in, and fill in the password set when generating the secret Key. If not, leave it blank, leave Path to key blank, and paste the Key / root / SSH / Jenkins file content.

Then add SSH Servers and fill in the corresponding hostname, which is the machine to publish PHP code

Next, you need to copy the public key to the corresponding hostname machine (web)
Jenkins machine:

Test whether there is a problem with the connection on the browser. Click Test Configuration. If there is no problem, Success will be displayed on the left.

Brief description of gitlab+jenkins service: https://blog.csdn.net/aaaaaab_/article/details/82012044
GitLab is a code warehouse used to manage code. Jenkins is an automated server that can run a variety of automated build, test, or deployment tasks.
Therefore, by combining the two, developers can submit code to GitLab, and Jenkins can automatically run the tasks of testing, construction and deployment at a certain frequency, so as to help the development team integrate and release code more efficiently. 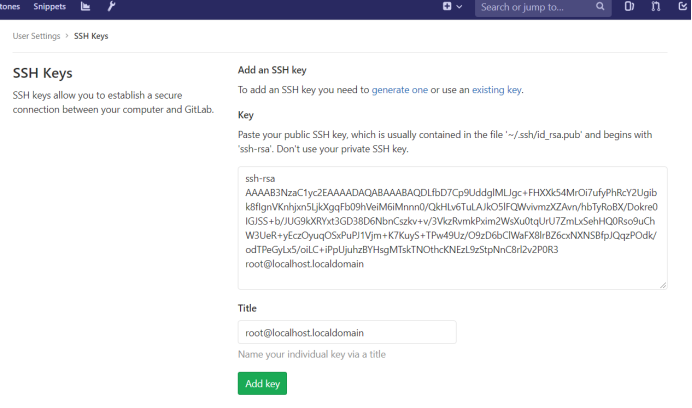 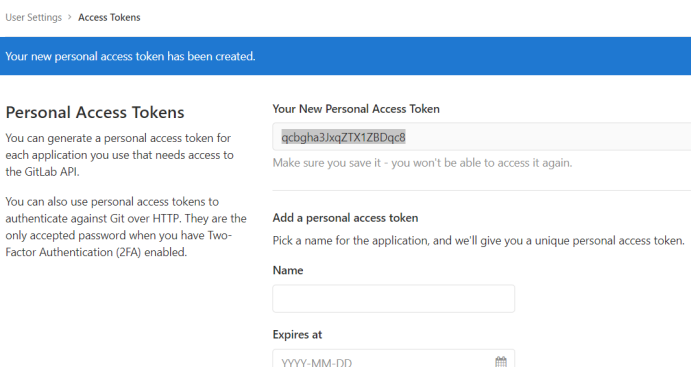 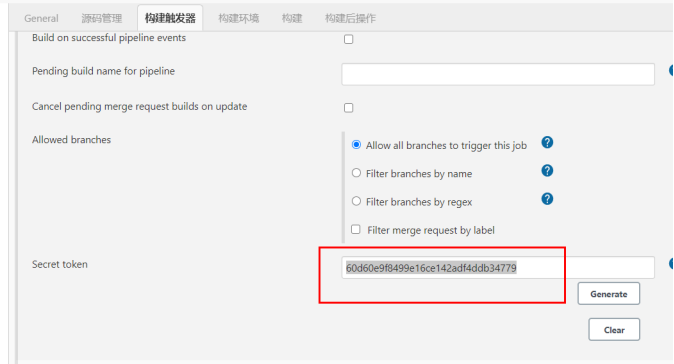 Then go back to the settings of the gitlab project. The URL is the address of the jenkins project, and the Secret Toekn is generated by the jenkins trigger. 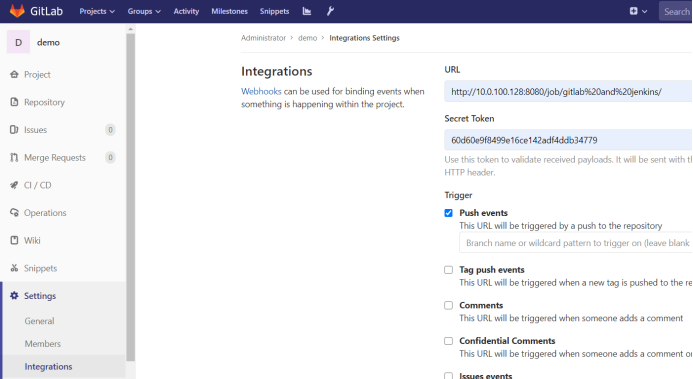 Ready to push it up

You can see the submission information on the Jenkins web page. This is the simple gitlab integration of Jenkins. You can also set email notification later,

The rest of the chapters are literary and may not be used in practical work. Therefore, I have roughly finished reading the technical manual for Linux system management.