Virtual file system is a huge architecture. If you want to analyze everything, it will be particularly complex and clumsy. If you look at it, you won't know what to say (of course, it's mainly the author's food). Therefore, this blog tries to analyze the operation mechanism of VFS file system with the open() function as the starting point. The code of this paper comes from Linux3 four point two

First, let's look at a picture 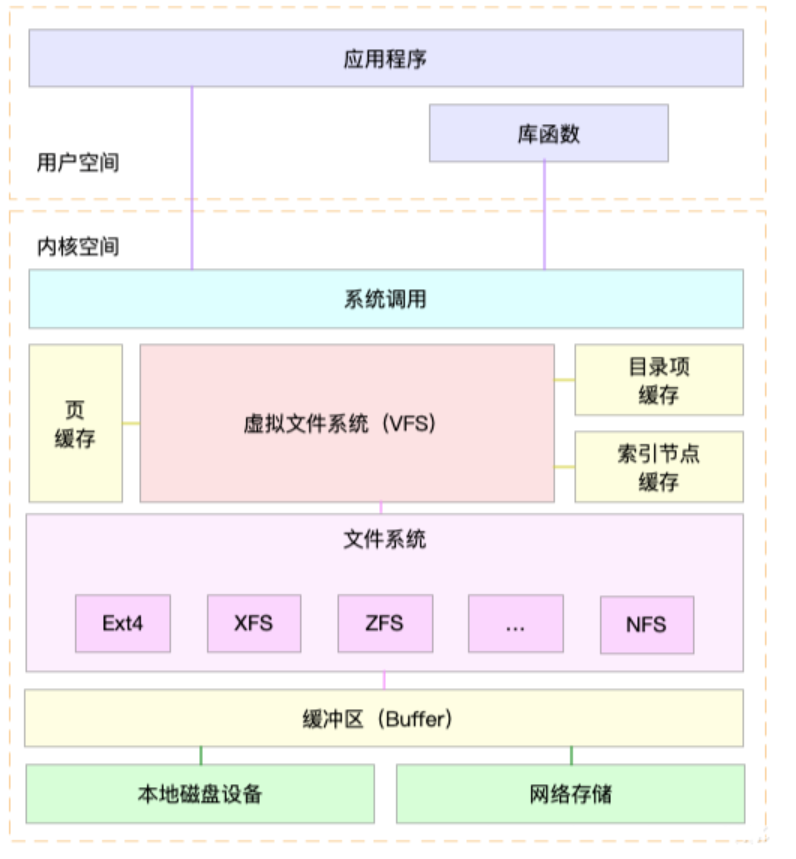 The inode object stores information about the file and represents an actual physical file on the storage device. When a file is accessed for the first time, the kernel will assemble the corresponding inode object in memory to provide the kernel with all the information necessary to operate a file; Some of this information is stored in a specific location on the disk, and the other part is dynamically populated during loading.

After introducing the basic knowledge points, we begin to explore how to find the corresponding data of the file stored on the hardware inside linux when we try to open a file through open() 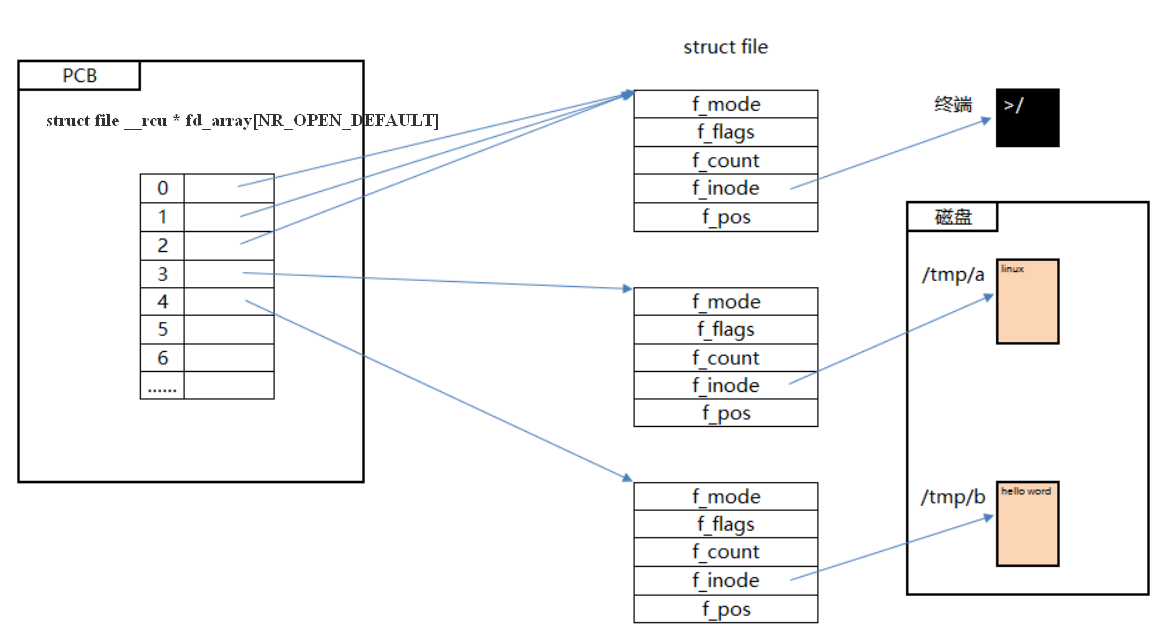 First, let's take a look at the above two pictures, files_struct is mainly an array of file pointers. We usually say that the file descriptor is an integer, and this integer can be used as a subscript, so as to get from files_ Get the file structure from struct. task_struct is a process descriptor, which represents the action of opening a file. Here I want to express the knowledge point: when the file is opened for the first time (successfully opened), a connection as shown in the above figure will be established, and the returned fd file descriptor is connected with the underlying storage structure. fd is used as the file descriptor and the file is used as the carrier of data, We can understand them as the relationship between the password and the safe. The first time we open the file is to set the password during initialization (establish the connection between the password and the safe). When we need to take things in the safe in the future, we can operate the safe process only through the password set for the first time.

Before operating any file, the application must first call open() to open the file, that is, inform the kernel to create a new structure representing the file, and return the descriptor (an integer) of the file, which is unique in the process. The function used is open()

* when the open() system call enters the kernel, the final function called is syscall_ Define3 (open, const char _user, filename, int, flags, int, mode) (as for how open calls sys... E3, I suggest not to explore it. The author has turned over the source code for a long time and didn't understand it very well, but if you look at the early version (0.11 Linux), it's easier to see that it is through an embedded assembly code to jump directly to sys_open()...), which is located in FS / open C, the specific implementation process will be analyzed below.

First of all, I will give a complete function call relationship as follows. I will explain the more important functions

This function mainly calls do_sys_open() to complete the opening work, do_ sys_ The code analysis of open() is as follows. 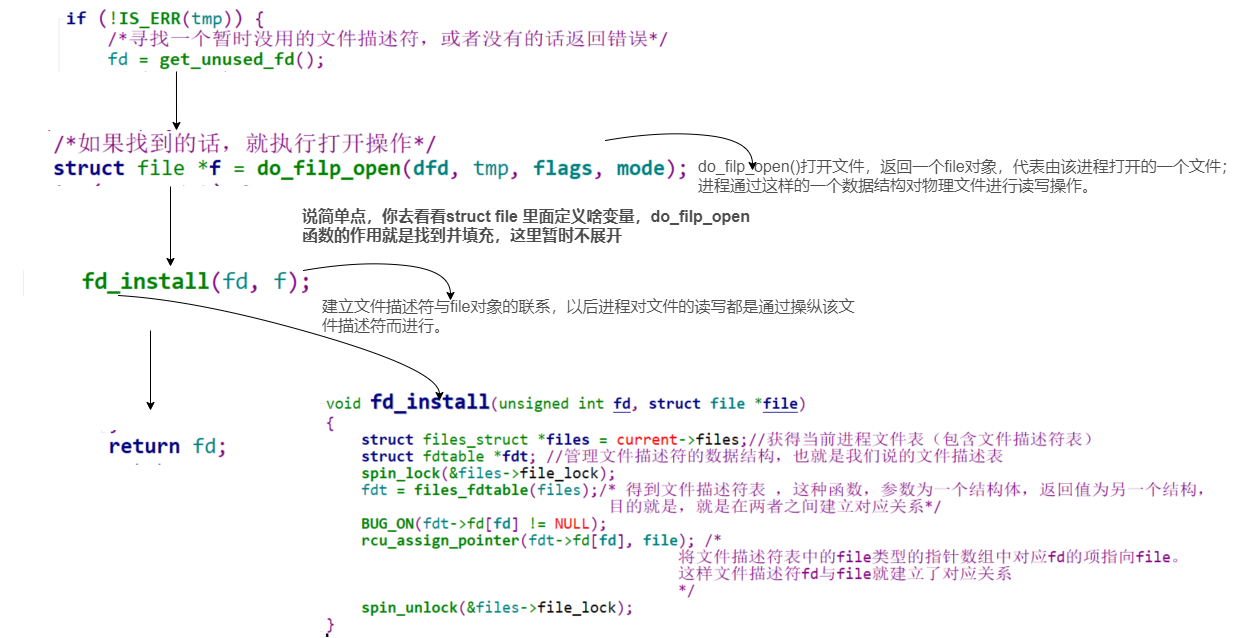 The node object contains all the information required for the final operation of the file, such as file system type, file operation method, file permission, access date, etc. * * = =)

Even if this article is finished here, there is still one unfinished work, such as do_ filp_ How does open (DFD, TMP, flags, mode) get a file?, This is a very complicated process. I will try to analyze it when I am free in the future