The principle of LVS will run through all load balancing services. The processing mechanisms of LVS mainly include: the unique access to requests, scheduling and allocation according to the state of the server (with scheduling algorithm), and health check for all the back-end servers.

High availability cluster (high reliability): two schedulers, one for main and one for standby, are grouped in groups, and the two schedulers may not be in the same place

Duplex: two servers / schedulers are in a flat state. When the service comes, both servers can handle (decentralized mechanism) the level relationship between servers in the cluster

Master Slave: two servers, one master, one slave or more slaves. There is a master-slave relationship in the cluster, which is called the centralization mechanism

High performance computing cluster instance: in the logical sense of "cloud", it is similar to the way LVM forms volume groups.

When transmitting data from the intranet to the Internet, IP mapping (conversion) is needed to map to the public address.

At the same time, the internal server is dispatched and allocated to one of the last two services according to the request

The export and import, dispatching and distribution, address conversion, routing function, etc. are all completed by the LVS server.

Of course, for the current network environment, we will add a hardware firewall to the external port of this server to enhance security, and add a traffic cleaning server.

VPN can be used in both private and public networks

All servers of IP tunnel are in public network mode

DR mode exists in private network, and all servers use private IP

It is responsible for the connection between the dispatcher and each node server through the local network, and does not need to establish a dedicated IP tunnel

Add: the SLB scheduler used by Ali is SLB

SLB includes LVS and Tengine (based on nginx function development)

Positioning: the first one in centos 7-4 is used as LVS scheduler + firewall, CentOS 7-5 and CentOS 7-6 are used as web servers, and CentOS 7-7 is used as NFS to provide storage (two hard disks are added) 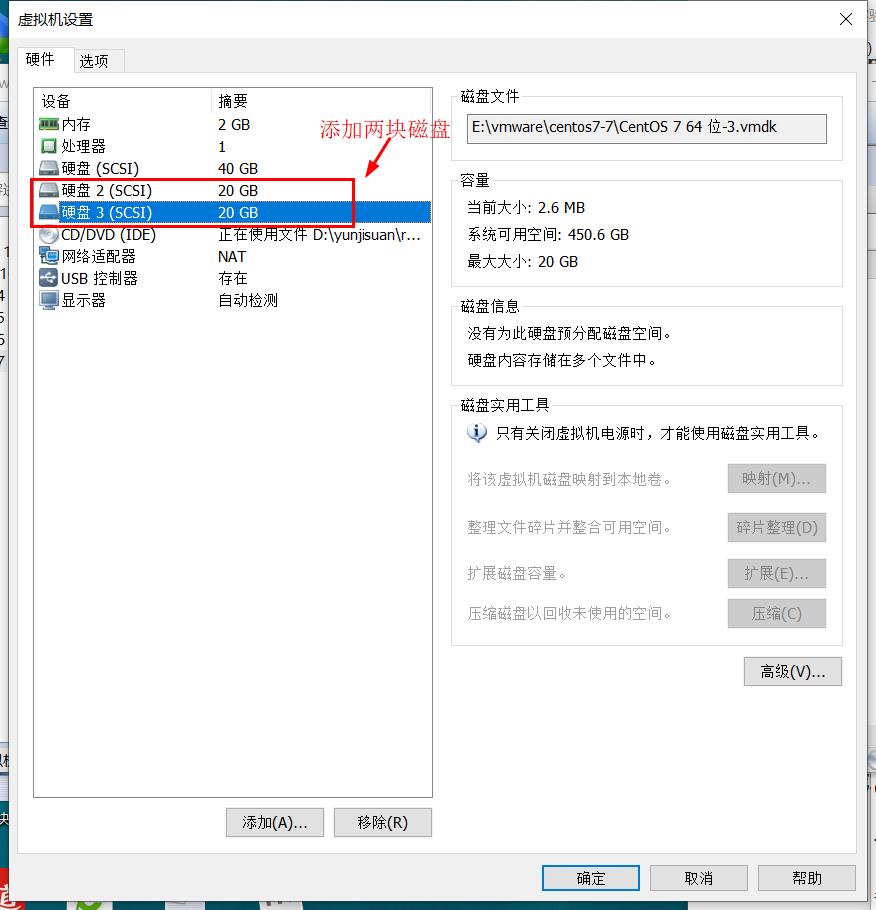 After the change, turn on the host only mode and restart the network card

/var/www/html: the homepage of this web server

LVS scheduling module is integrated in the kernel, so we need to call

-a is for adding real server to establish ip address mapping relationship. The mapping address is 12.0.0.1

Change the IPV4 settings as follows: 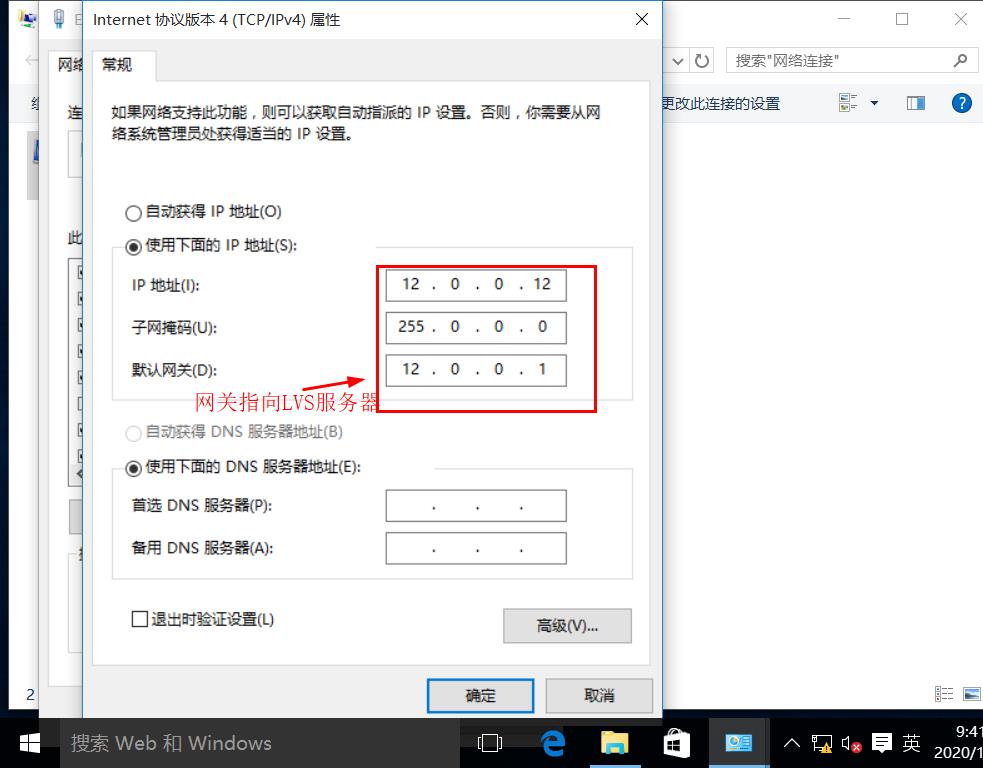 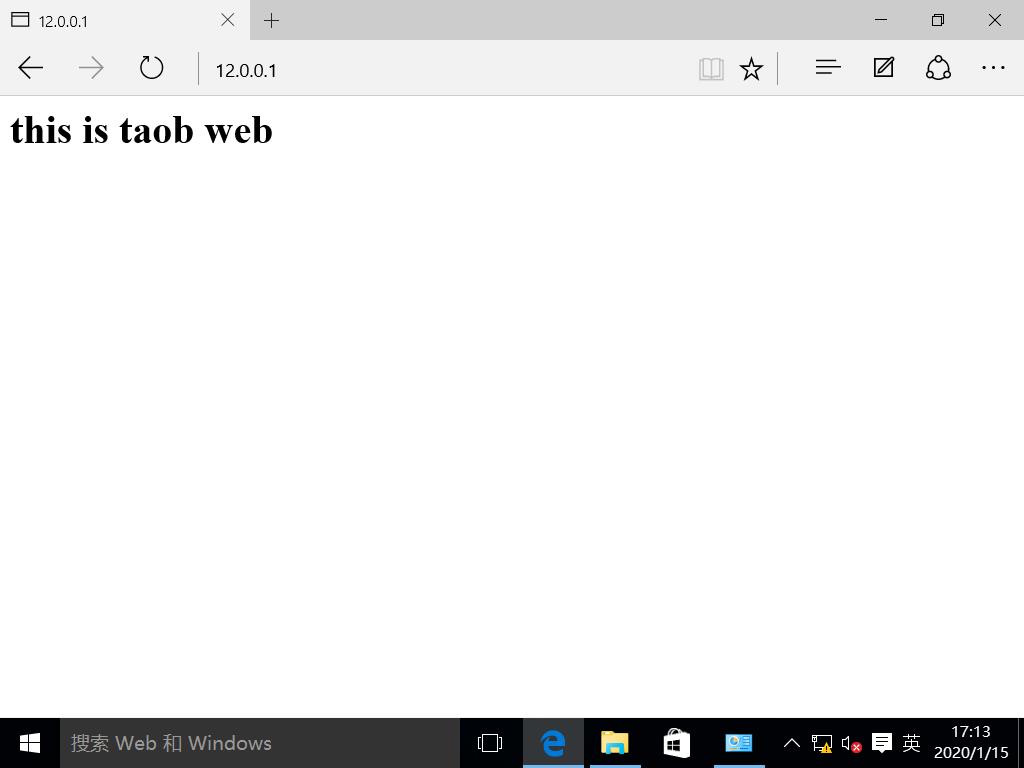 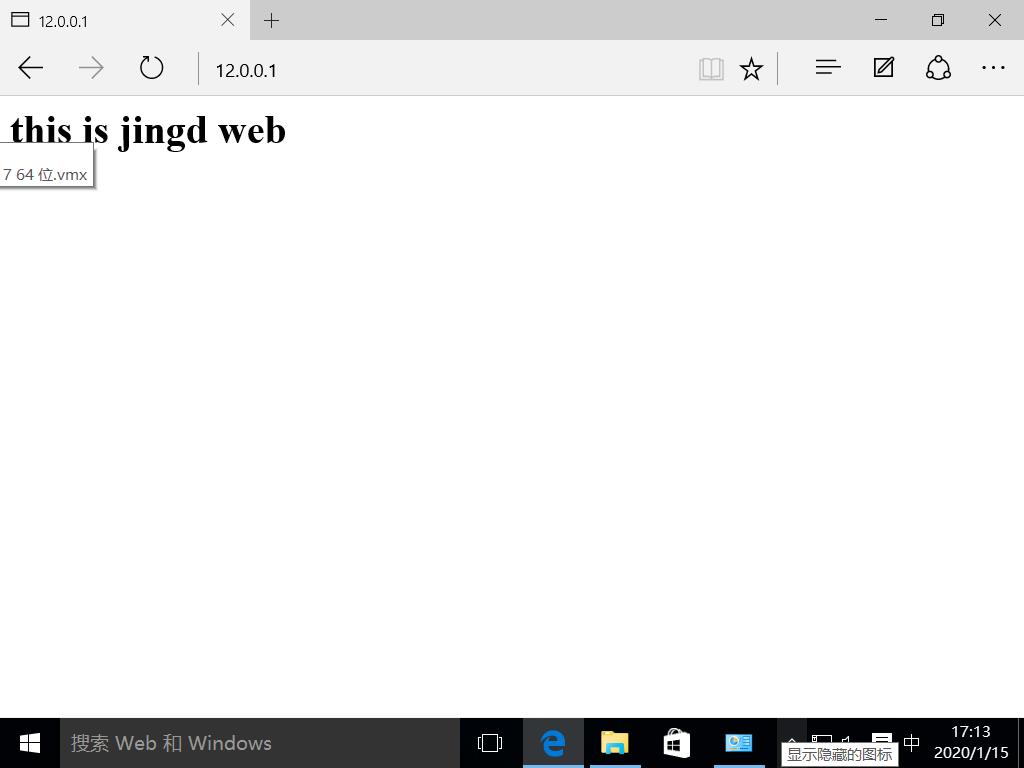 This blog mainly introduces the theory of load balancing cluster and the experiment of LVS nat mode, and then it will continue to introduce the configuration steps of DR mode. In the NAT experiment, the client cannot access the intranet web server: 1. The firewall rules are set incorrectly; 2. The firewall in the intranet is not closed, and so on. If the virtual machine is restarted in the experiment, the firewall and enhanced security can be checked first Check whether the full function is off, and then check whether the nfs server uses "df -hT" to check the mount status. Restarting the virtual machine may cause the mount fails to take effect or mount.