I often use vim for c/c++/go development. Although vim also has its own automatic completion (control+n, control+p), it is still troublesome in operation. I hope it can be realized. If you enter some words, you can directly pop up a drop-down box to prompt all possible words. A search on the Internet found that everyone was pushing YouCompleteMe. Today, I tried to install one with the official website tutorial and stepped on several pits. I hope it will be helpful to you.

The official website is very clear. Go directly to the screenshot 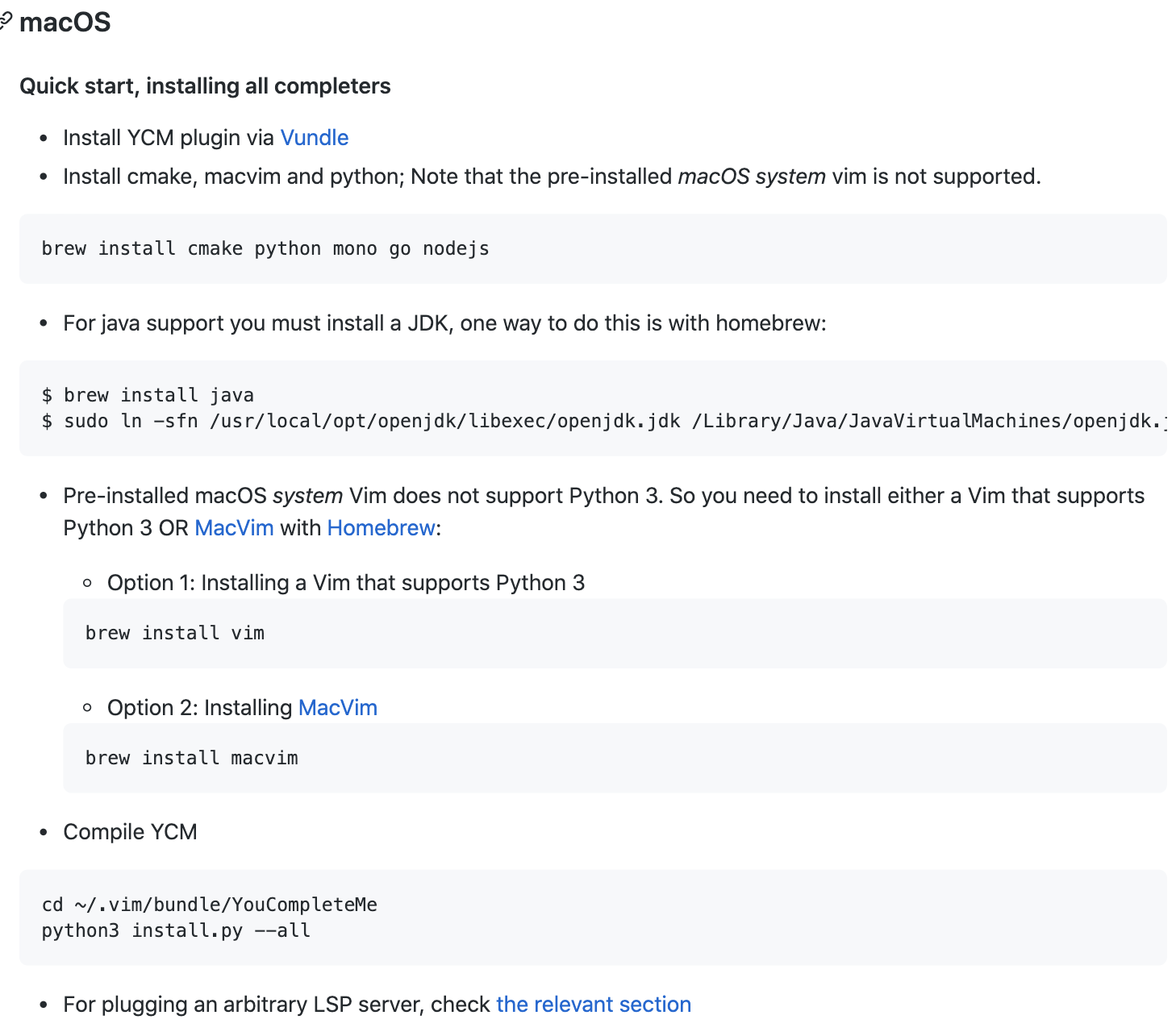 vundle is the vim plug-in manager, which can easily install and remove plug-ins 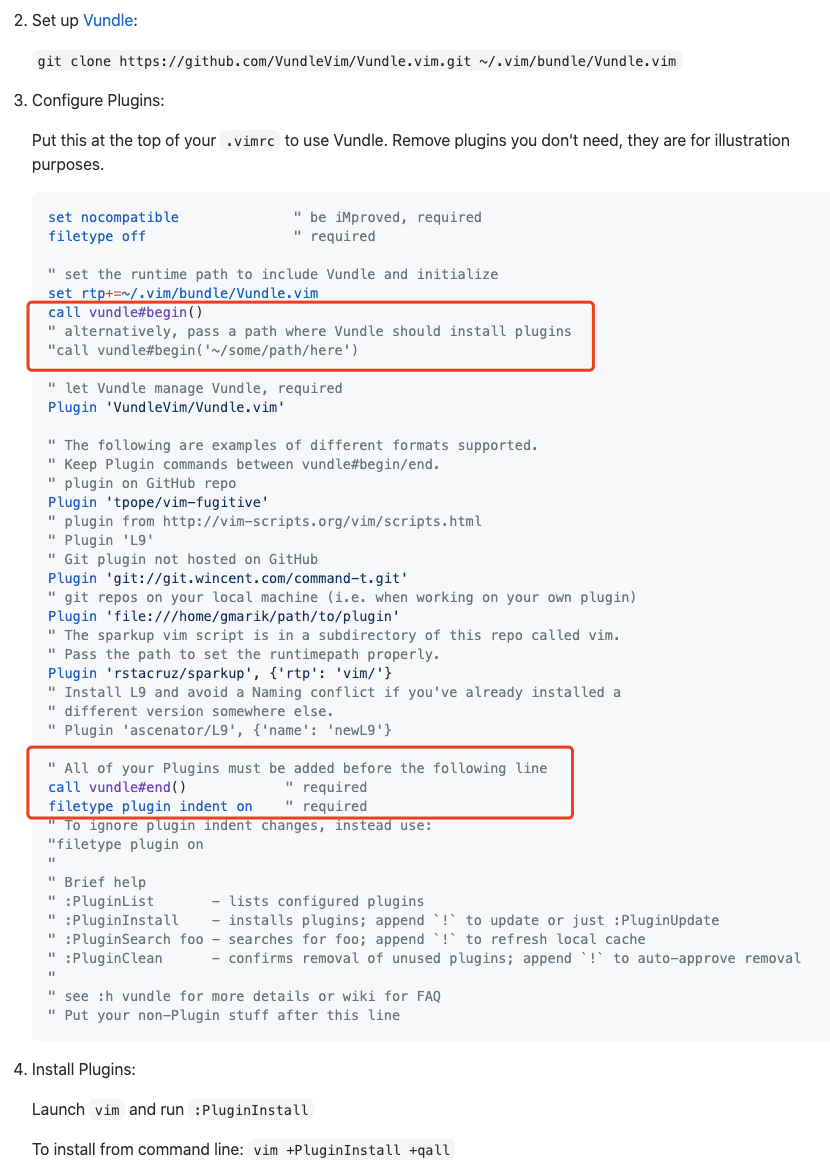 Directly post the key steps in the installation and configuration process. In fact, we only need the second step, git clone, to download the vundle source code. The later steps are to teach you how to use vundle to install vim plug-ins. When installing youcompleteme plug-ins based on vundle, you should know how to configure vundle, Wait until you install the youcompleteme plug-in before you see the configuration process.

It's very difficult here. youcompleteme requires that you must support Python 3 6. The following command can check whether vim supports Python 3 six

With + is to support:

However, only use the following command given by the official website. After that, an error will be reported when installing the plug-in in step 5 (vim does not support Python 3.6)

Baidu has a look. We all specify Python 3 support when installing VIM, but this method is outdated. From Homebrew 1.6.0 (2018-04-09) from the beginning of the version, the default python version is 3, and the actual operation will report an error if you enter the following command, which is an unsupported flag

Later, we found the understanding method in the references. Only when python --version is version 3, brew install vim will install vim supported by python3, otherwise it will support python2 by default. Correct installation steps:

The following one click fool compilation is officially recommended (sudo permission is required):

You can also customize the compilation according to the supported languages:

The configuration process is also very simple, directly in your ~ / Copy and paste a paragraph from the official website in vimrc configuration. It should be noted that the plug-ins to be installed must be located between call vundle#begin() and call vundle#end(). In the screenshot in the first step, the official website only provides the installation of several plug-ins. If we don't need them, we can directly remove them and supplement the plug-ins we need (youcompleteme)

If you encounter an error in plug-in installation, please directly find the following step: install the plug-in by yourself