MOJITO released one week, climbing a wave of barrage analysis 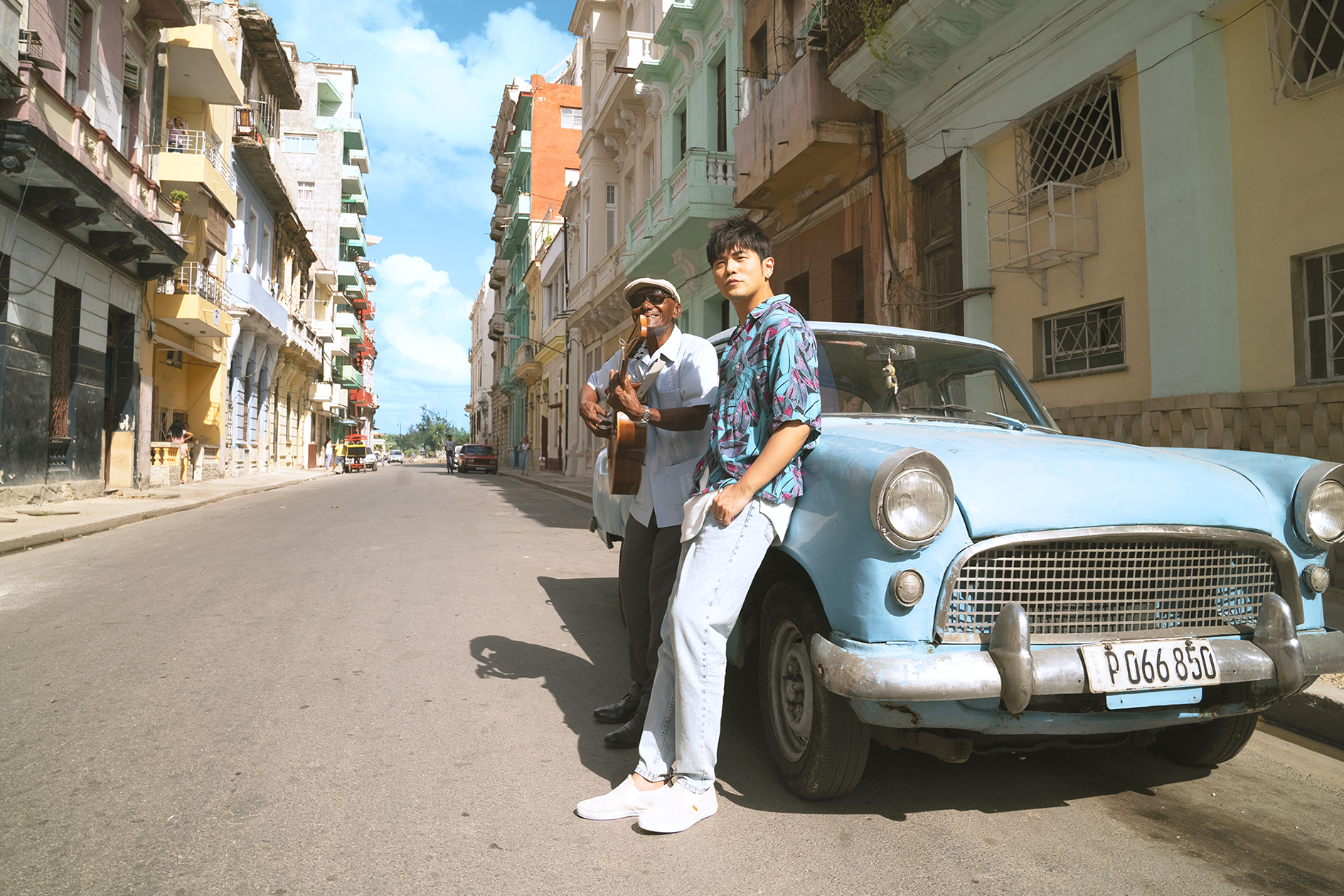 I haven't written anything recently. I can't catch up with a hot spot. I despise myself.

Zhou Dong's new song "MOJITO" (zero on June 12) has been on sale for about a week now. When I look at the MV of station B, I can see that the broadcast volume is over ten million, and the barrage is over one hundred thousand. This popularity is really a bar. 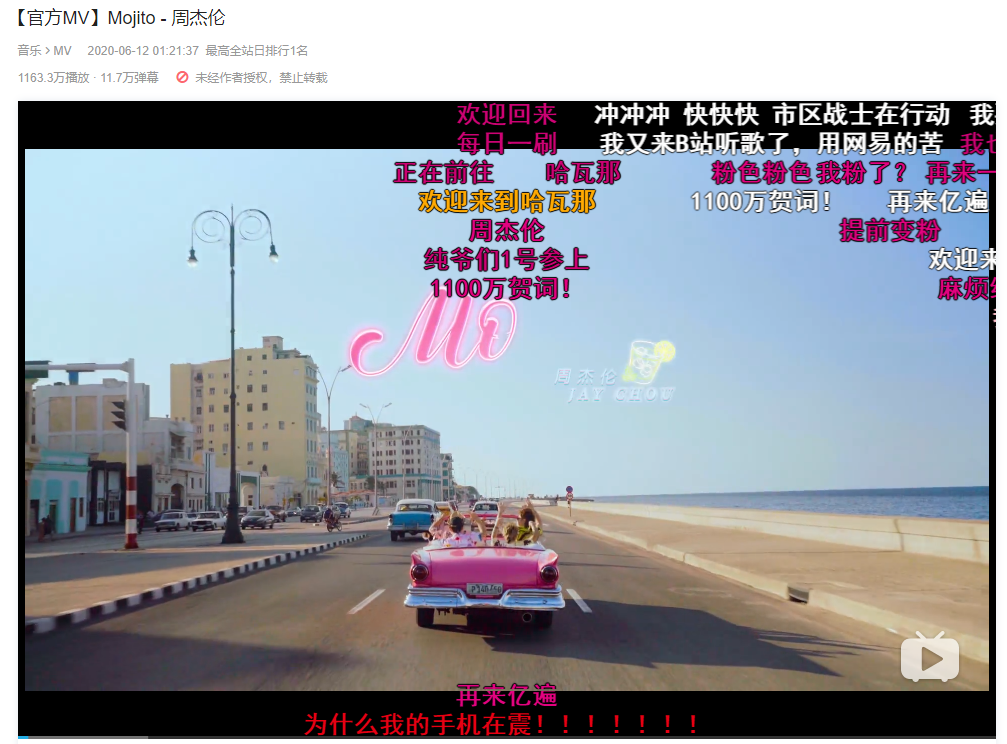 To be honest, the name "MOJITO" is a little out of line for me. I didn't know what it meant when I saw it for the first time.

But the problem is not big. There is nothing Baidu can't solve. If there is, add another Zhihu.

MOJITO's Chinese name is MOJITO, which is introduced in Baidu Encyclopedia:

Mojito is one of the most famous rum wines. It originated in Cuba. Traditionally, mogito is a cocktail of five ingredients: light rum, sugar (traditionally cane juice), lime (lime) juice, soda water and mint. The original Cuban formula used spearmint or lemon mint, which is common on the island of Cuba. The refreshing flavors of lime and mint complement the strength of rum, and make this transparent and colorless concoction one of the hot drinks in summer. This concoction has a relatively low alcohol content (about 10%).

If the alcohol level is about 10%, it can be regarded as a kind of beverage.

Of course, if you want to drive, you can't use MOJITO as a drink. No matter how low the alcohol content is, it's also alcohol. 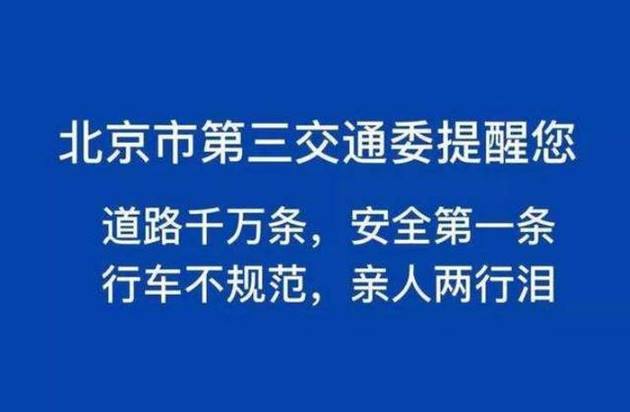 I've seen the whole MV over and over for several times, and "MOJITO" has not appeared once in the MV except in the lyrics and names. It has no sense of existence. 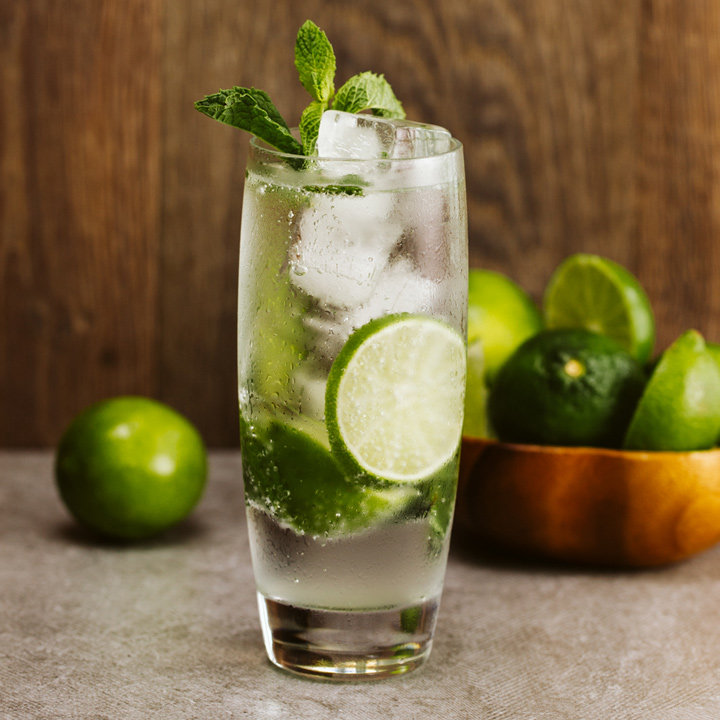 Climb the bullet curtain of station B

The crawling of the bullet curtain data is relatively simple. I will demonstrate the step-by-step grabbing request to you. Note that the following requests are connected:

The first address has been changed due to the web page of site B. now it can't be found in the network of Chrome tool, but it can still be used. This is what I found before.

The second address comes from Baidu. I don't know where all the gods find this address for reference.

In fact, both of the above bullet screen addresses need something called oid, which can be obtained as follows:

First, you can find a directory page interface:

This interface also comes from the network of Chrome. The parameter bvid comes from the video address. For example, Zhou Dong's "MOJITO" MV, the address is https://www.bilibili.com/video/BV1PK4y1b7dt The value of bvid is the last part of bv1pk4y1b7dt.

Next in https://api.bilibili.com/x/player/pagelist?bvid=BV1PK4y1b7dt&jsonp=jsonp In this interface, we can see the returned json parameters as follows:

Of course, the cid here is the oid we were looking for. If we put the cid on the link, we can get https://api.bilibili.com/x/v1/dm/list.so?oid=201056987 Such an address, and then enter it into the browser, you can see the return data of the barrage, which is a text in xml format. 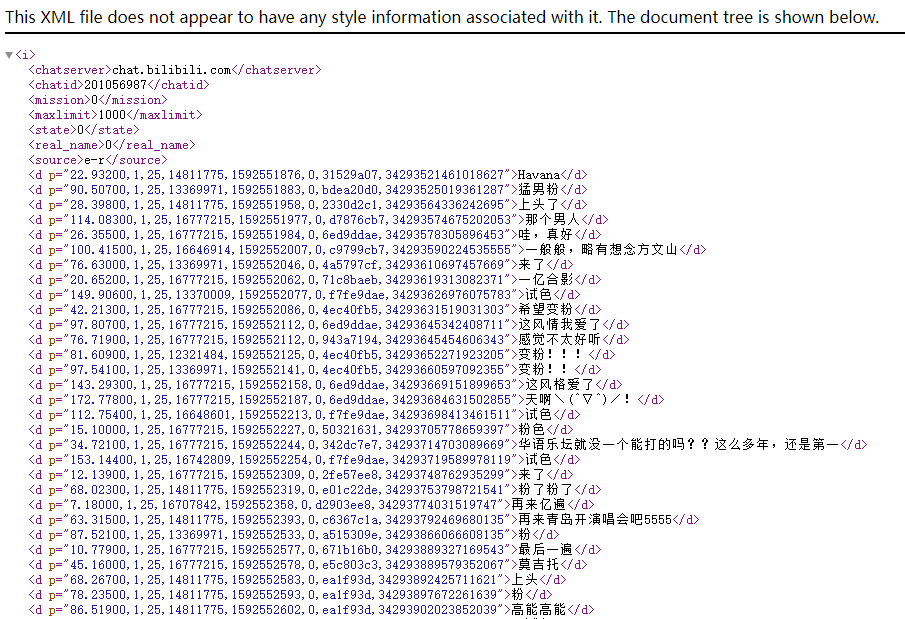 Here I saved the acquired barrage in dan_mu.txt File for subsequent analysis.

The first step is to save it in dan_mu.txt The bullet curtain in the file is read out and put into a list:

Use jieba to segment the barrage list just obtained:

In this way, we get the Danmu after the participle_ Cut, this is also a list.

And then we're going to talk about Danmu after the participle_ Cut performs the next operation to remove the stop words:

Then we count the word frequency after removing the stop words:

The final step is to generate our final result, cloud map of words:

The final result is as follows: 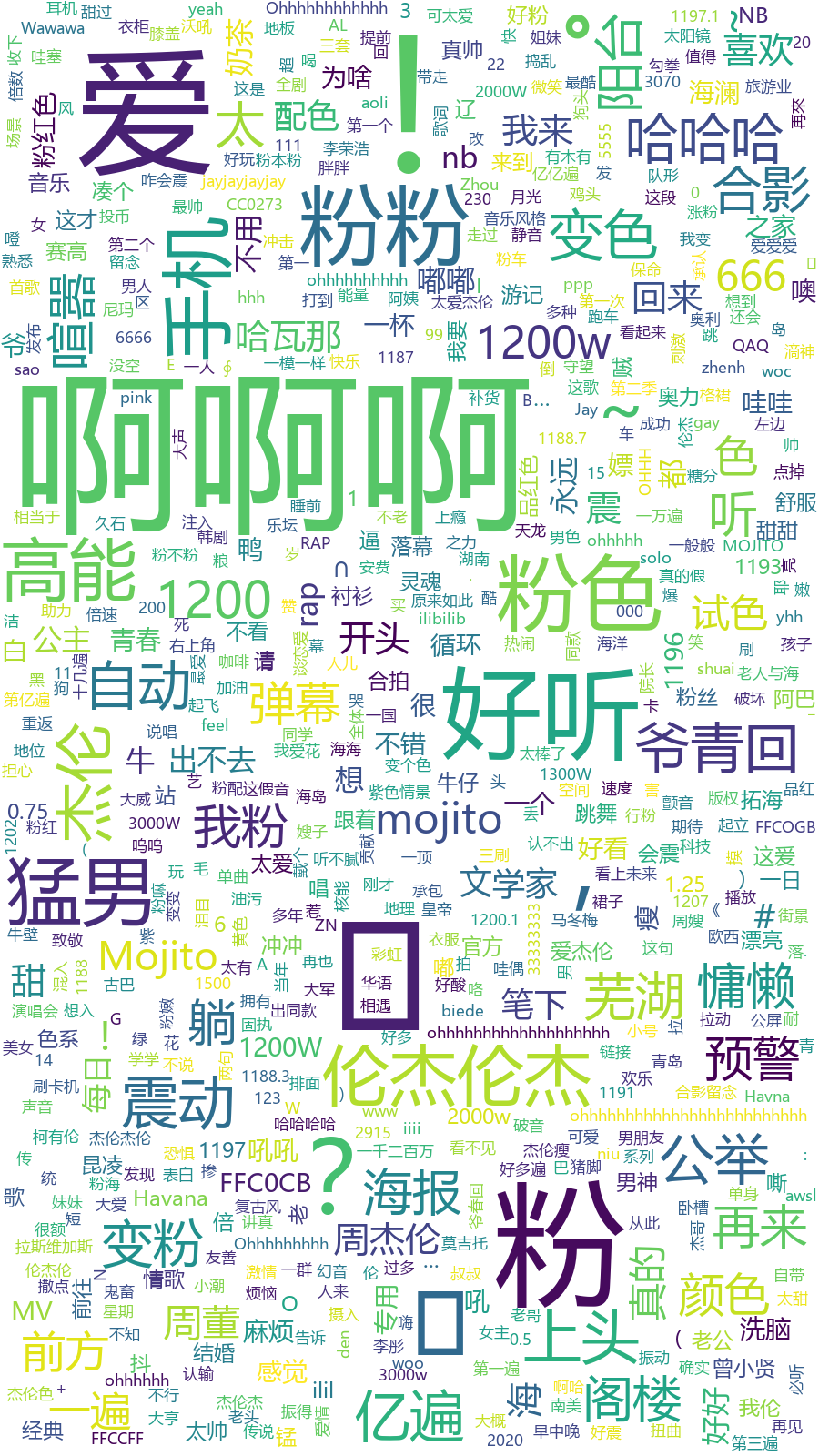 It can be seen from the cloud chart of the above word that fans are really in love with the song "MOJITO". The most frequent ones are ah, love and pink.

Of course, this pink may also mean the coquettish pink old car in the MV.

There is also a relatively high frequency of Ye Qinghui. I think this means that ye's youth has come back. Indeed, Dong Zhou has been with people of my age all the way. As a 79 year old, he is now 41 years old. Looking back, it's very sad.

First, access "Baidu AI open platform" according to the document_ Token, the code is as follows:

Grant used above_ type ， client_id ， client_ The parameters of secret can be obtained after you register. These interfaces on the "Baidu AI open platform" are limited by the number of calls, but we can use them ourselves.

Then read the bullet screen text we just saved:

It's very simple to use. We use emoji to process the barrage data once:

We have emoji expressions in our data:

Then, we can call Baidu's sentiment analysis interface to analyze our barrage data:

The final result is as follows: 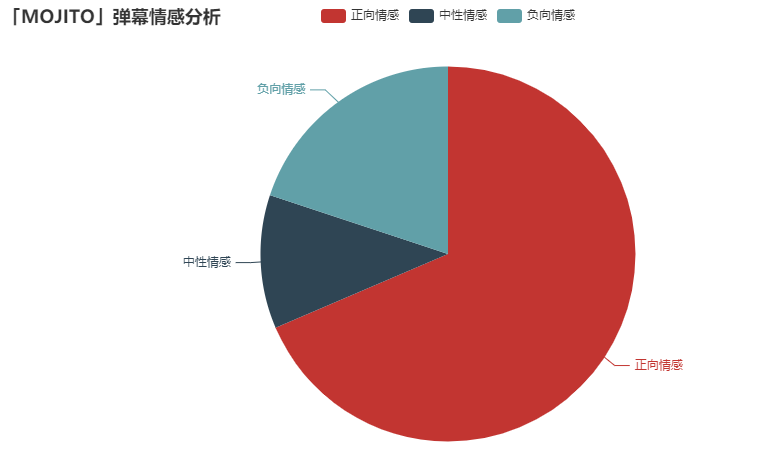 From the final result, the positive emotion accounts for about 2 / 3, while the negative emotion is less than 1 / 4. It seems that most people are still full of excitement when they see Zhou Dong's new song.

However, this data is not necessarily accurate. It can be used as a reference at most.

Students who need source code can reply to "MOJITO" in the background of official account.