Multiple sorts of ORACLE ORDER BY

Query results are returned in the specified order. When actually extracting data or generating reports, they are generally viewed in a certain order. For example, you want to view the information of employees employed by the company.

Many people can write the statement of sorting query results, but in addition to the expression of "order by hierarchical ASC", it can also be written as "ORDER BY 3 ASC", which means sorting by the third column.

When the value is not fixed, this method is very convenient. It should be noted that,

Replacing column positions with data can only be used in the order by clause, and can't be used anywhere else 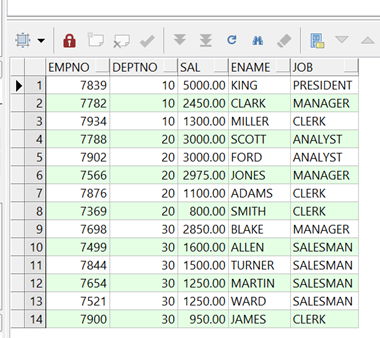 The following is introduced in the form of a diagram, as shown in the following figure. When sorting multiple columns, the following sorting is useful only if the previous column has duplicate values (for example, deptno = 10 has 3 rows of data). So the data is divided into several groups through the front column, and then the data of each group is sorted according to the rear column. 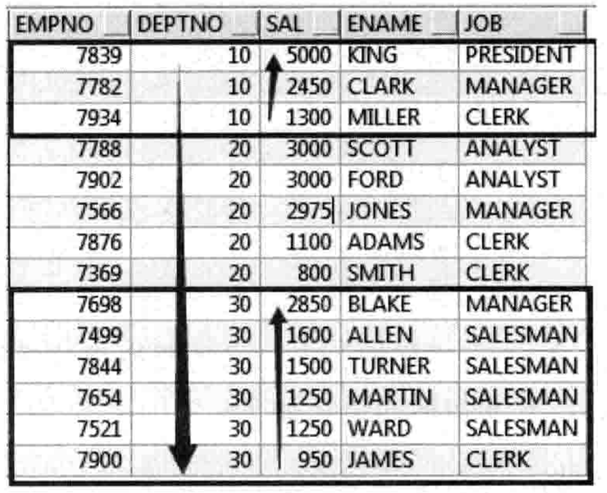 There is a quick query method for sorting by substring, which is to record according to the sequence of the tail number of the customer's telephone number, so that when searching, the query scope can be quickly reduced and the customer's recognition can be enhanced. If you want to sort in this way, what should you do? Take out the required information of the next few bits through the function.

It can be seen that as long as the data can be queried, it can be sorted according to the corresponding information.

from_string and to_string is in characters, and the corresponding characters are replaced one by one.

If to_ If string is null, a null value is returned

If to_ There is no character in the position corresponding to string. Delete from_ The characters listed in string will be eliminated. 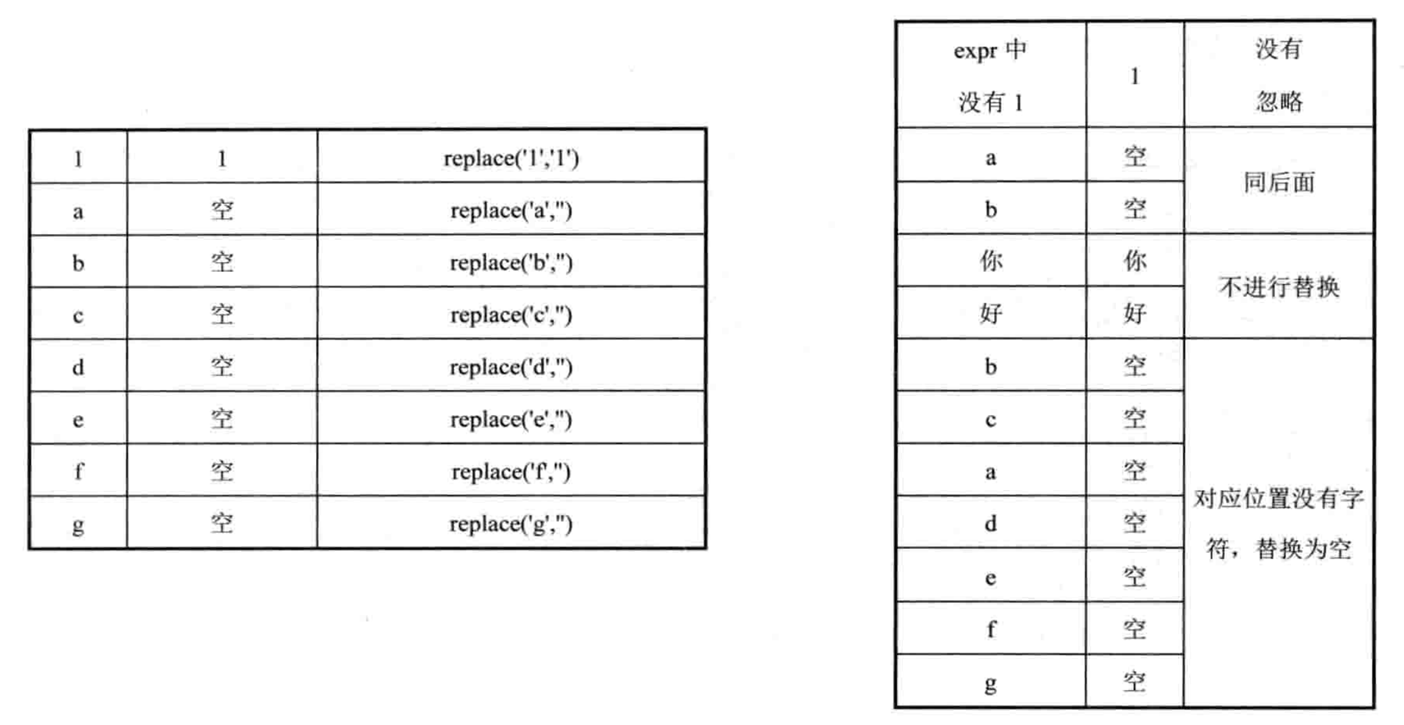 5. Sort by letters in a mixed string of numbers and letters

First create the VIEW as follows: 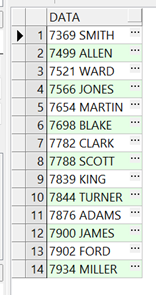 This requirement is a little more difficult. Do you see the letters inside (that is, the original column ename)? It is required to sort by the letter (column ename).

Then we need to take out the letters first. We can use the replace function of translate to replace the numbers and spaces with empty ones: 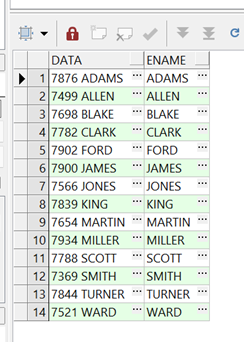 The default sorting null value of Oracle is in the back. What if you want to display the null value (such as emp.comm) in the front? Use NVL(comm, - 1)? 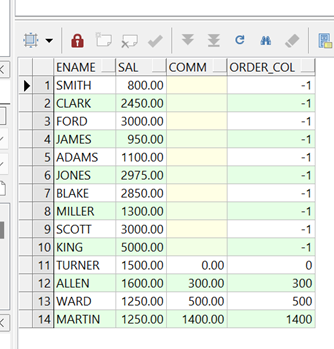 Maybe many people use this method, but this method needs to understand the column type and the data saved in it, and if the saved data changes, the statement needs to be maintained again.
In fact, you can use the keywords NULLS FIRST and NULLS LAST. 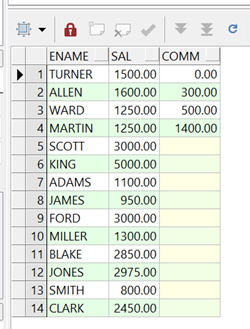 Is it much more convenient?

7. Sort by taking values from different columns according to conditions

Sometimes the sorting requirements are complex. For example, leaders are more interested in employees with wages between 1000 and 2000 yuan, so they require employees with wages in this range to be ranked first for priority inspection.
For this requirement, we can generate a new column in the query and sort it by multiple columns: 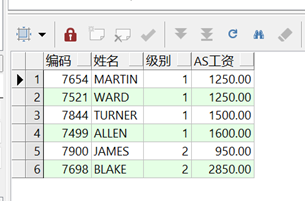 As you can see, 950 and 2850 are ranked behind, or you can directly put case when in order by without displaying the level 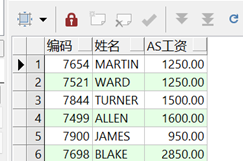