Thread is the smallest unit for scheduling CPU resources. The thread model is divided into KLT model and ULT model, the KLT model used by the JVM, and the java thread maintains a 1:1 mapping relationship with the OS thread. That is to say, there will be a corresponding thread in the operating system, and the java thread has a variety of declared states

The status switching is shown in the following figure: 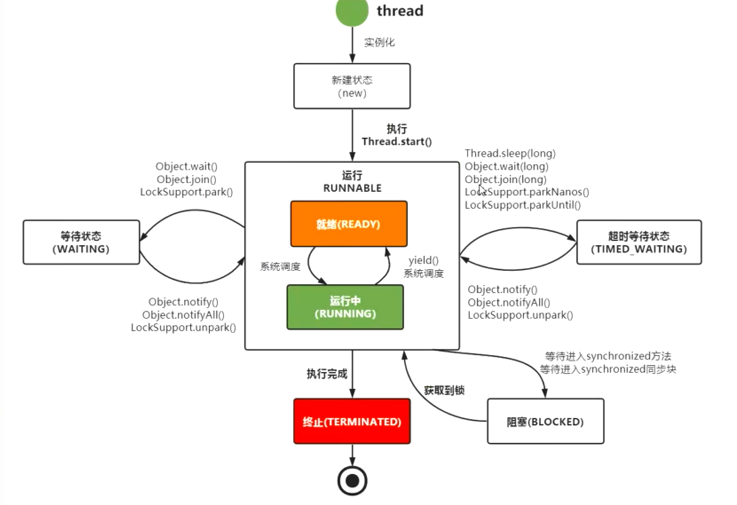 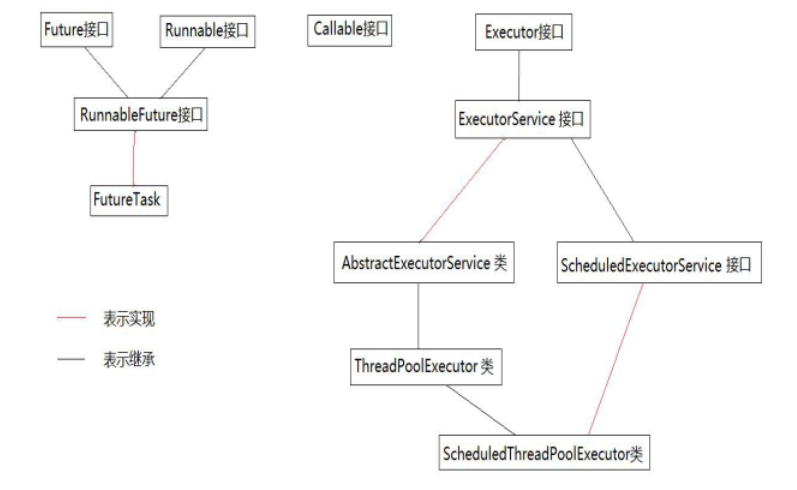 Thread pool, as its name implies, is a thread cache. Threads are scarce resources. If they are created without restrictions, they will not only consume system resources, but also reduce the stability of the system. Therefore, thread pool is provided in Java to uniformly allocate, tune and monitor threads

If there are a lot of concurrent requests, but the execution time of each thread is very short, threads will be created and destroyed frequently, which will greatly reduce the efficiency of the system. It may appear that the server spends more time and resources on creating new threads and destroying threads for each request than on processing actual user requests

So is there a way to finish one task without being destroyed, but can continue to perform other tasks???

When to use thread pool???

As can be seen from the figure, there is an important sub interface ExecutorService under Executor, which defines the specific behavior of thread pool

There are five states of thread pool: 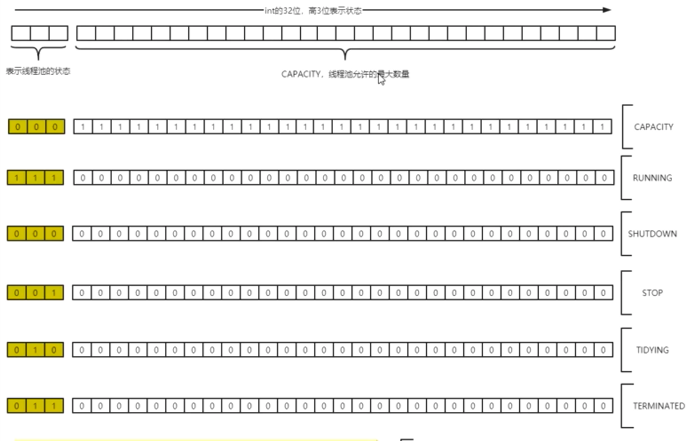 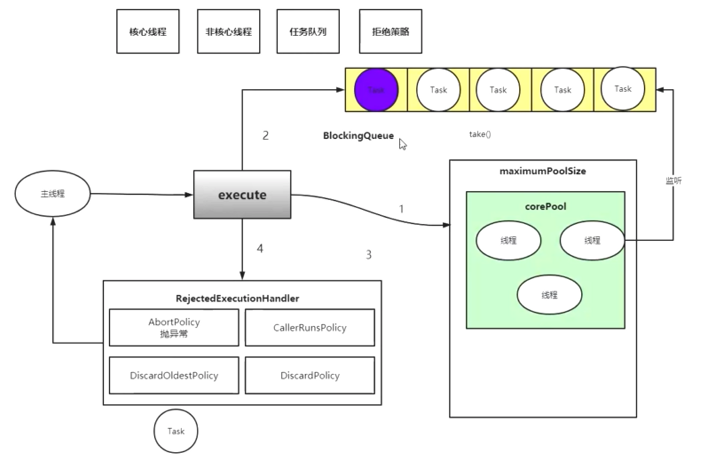 Illustrate the above process: 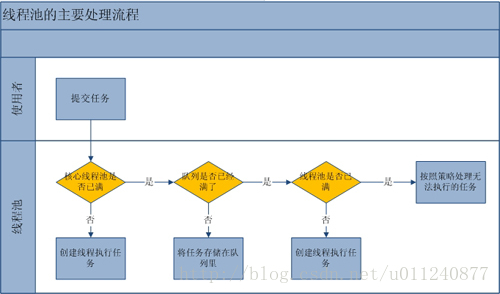 Singlethreadexecution: it is a thread pool with only one thread. It is often used in scenarios where threads need to be executed sequentially, and only one task can be executed at any time, rather than multiple threads executing at the same time.
Because the blocking queue uses LinkedBlockingQueue, it is the same as FixedThreadPool,
maximumPoolSize, keepAliveTime are invalid.

Note: because the blocking queue is an infinite two-way queue, if the shutDownNow() or shutDown() method is not called, the thread pool will not reject the task. If the threads in the thread pool are occupied all the time, the FixedThreadPool will not reject the task. maximumPoolSize and keepAliveTime are invalid. Because the blocking queue is infinite, the number of threads must be less than or equal to corePoolSize, so keepAliveTime is invalid

Which thread pool is used?? How to reasonably set parameters:

In work, which of the three methods of creating thread pool is more single / fixed / variable??

Note: thread pools are not allowed to be created using ecutors, but through ThreadPoolExecutor

FixedThreadPool and SingleThreadPool: the allowed request queue length is integer max+value. It may cause a large number of requests, resulting in oom

Custom thread pool:
How should the maximum number of threads be determined
CPU intensive: how many cores does the computer have, that is, how many + 1 to obtain the number of CPU cores runtime getRuntime. The return value of availableprocessors is of type int (dynamically obtaining the number of cores of the computer)
IO intensive: 2*CPU cores + 1
Number of CPU cores * [1+ (I/O time consumption / CPU time consumption)]

The above blocking queue will have the following methods

Queues should be selected according to the scenario: if you do not want tasks to be discarded, it is recommended to use unbounded queues, or in consideration of the capacity of the JVM, you can define a rejection policy to store tasks in redis. When the capacity of the blocking queue is less than 50%, monitor and put tasks in redis into the blocking queue

You need to focus on four methods in ThreadPoolExecutor