Artificial Neural Network is a new computing system with self-learning ability. It is widely used in many fields, such as pattern recognition, function approximation and loan risk assessment. The research on neural network has always been a hot direction today. After self-learning an introductory book on neural network, Lan Lan proposed a simplified model. He hopes you can help him test the practicability of this neural network model with programs.

In LAN LAN's model, the neural network is a directed graph. The nodes in the graph are called neurons, and at most one edge is connected between two neurons. The following figure is an example of a neuron: 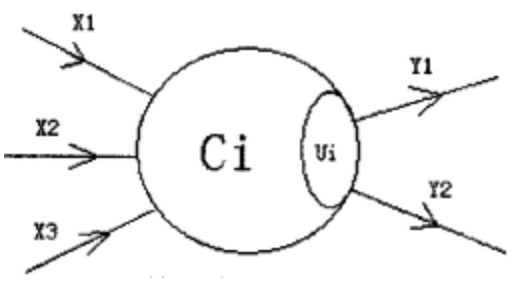 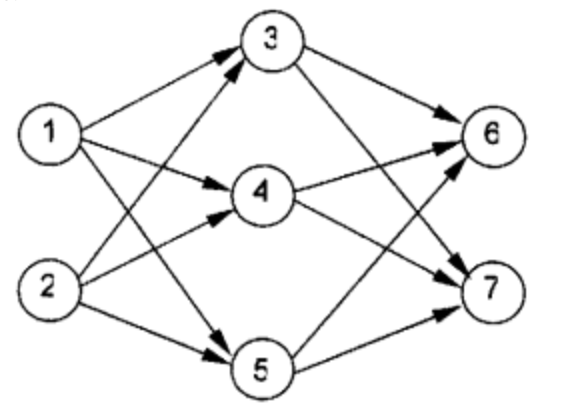 W in the formula_ {Ji} wji (possibly negative) represents the weight of the edge connecting the {jj} neuron and the {ii} neuron. When C_ When ICI ﹤ is greater than ﹤ 00 ﹤ the neuron is in an excited state, otherwise it is in a calm state. When a neuron is excited, it will send a signal to other neurons in the next second, and the intensity of the signal is C_iCi​.

In this way, after the input layer neurons are excited, the whole network system operates under the promotion of information transmission. Now, given a neural network and the current state of neurons in the input layer (C_iCi), your program is required to calculate the state of the final network output layer.

Next, line # nn, two integers in each line. Line # i+1i+1 # is the initial state of neuron i and its threshold (U_iUi). At the beginning, the state of neurons in non input layer must be # 00.

Next, there are # PP # lines. Each line consists of two integers # ii, jj # and an integer # W_{ij}Wij indicates that the edge weight connecting neurons {ii and jj} is {W_{ij}Wij​.

It contains several lines, each line has two integers, which correspond to the number of a neuron and its final state respectively. The two integers are separated by spaces.

Only output the neuron state of the output layer whose last state is non-zero, and output it in the order of number from small to large!

If the final state of neurons in the output layer is {00, NULL is output.