NLP: 1 - use NLTK to understand corpus

Key points of this chapter:

Here are some common methods of Text class:

concordance() function, the word index view shows each occurrence of a specified word, along with some context. Check out the word monstrous in Moby Dick:

We can find out by adding the function name SIMAR after the text name to be queried, and then inserting the relevant words into the brackets: we can use the. SIMAR method to identify the words similar to the search words in the article:

The common context function allows us to study the common context of two or more words, such as mongstrous and very. We must enclose these words in square brackets and round brackets, separated by commas: 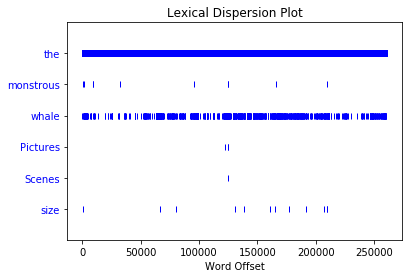 The number of a word: count()

How can we automatically identify the words that best reflect the theme and style of the text? Imagine finding the 50 most frequently used words in a book?
They are built into NLTK. Let's use FreqDist to find the 50 most common words in Moby Dick:

Is there any word in the previous example that can help us grasp the theme or style of this text? Just one word, whale, a little bit of information! It has appeared more than 900 times. The rest of the words don't tell us about the text; they're just "pipeline" English. What proportion of these words in the text? We can generate a cumulative frequency map of these words using: 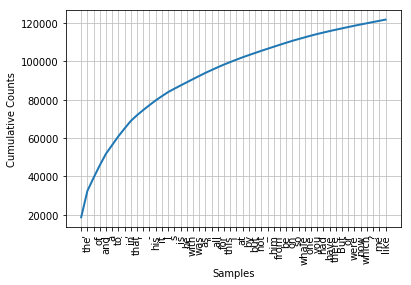 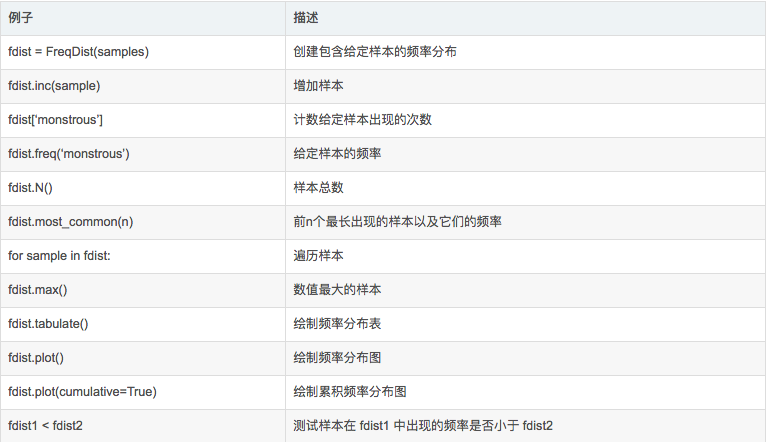 A collocation is a sequence of words that often appear together. red wine is a match and the wine is not. The collocations() function can do these:

If there's a ladder, directly

Due to the inability to access foreign websites, nltk is installed offline;

After downloading, put it into / user / user name / nltk_data, and then it can be used normally