To understand surface objects, we must first understand the concept of objects. In the program, we simplify things into data (i.e. attributes and functions), the state of things is attributes, and the action is functions

Above, we know what is the concept of object, but now there is a problem. For cats, there are many kinds, long haired, short haired, black, white, and even different names. If we create an object for each cat, it will become very troublesome when writing programs. Let's talk about the concept of class

What is a class? We classify all cats into one class. When we want to create an object, we directly enter the parameters of the object (called instantiation) in the class to create it, which simplifies the repeatability of the code and improves the efficiency

Obviously, when designing a program, there should be classes before objects

In Python 3.x, classical classes are cancelled. By default, they are all new classes, and there is no need to explicitly inherit object s, that is to say:

However, in Python 2. X, classic classes are used by default. Only object s that explicitly inherit are new classes, that is:

The most obvious difference between them is that the order of inheritance search has changed, that is 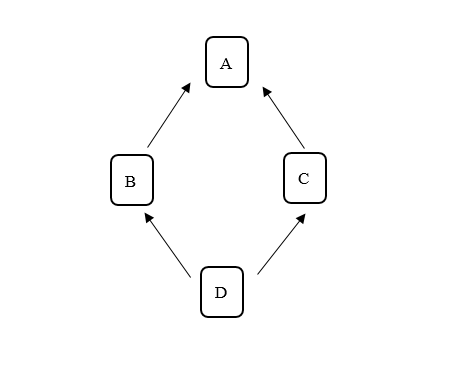 As can be seen from the above example, in the case of multiple inheritance, if a class inherits two classes, there will be two situations. Take a, B, C and D above as examples, the parent class of B has two choices: one is depth first, inherit a first, the other is breadth first, go C first, and finally go A. new classes are breadth first, and classical classes are depth first