There are three common programming methods:

Process oriented: write the base code from top to bottom according to the business logic. The most common operation is paste and copy, and copy the previously implemented code blocks to the existing functions.

Functional: encapsulate a function code into a function. In the future, there is no need to write it repeatedly, just call the function.

It is found that functional programming seems to be simpler, but it is not absolute. The application scenario of functional programming is that each function is independent and has no shared data. The application scenarios of object-oriented programming are:
1) Multiple functions use common values. For example, the database string, host name, user name and password are required for the addition, deletion, modification and query of the database;
2) You need to create multiple things. Each thing has the same number of attributes but different values.

The three characteristics of object-oriented are encapsulation, inheritance and polymorphism.

Encapsulation, as the name suggests

self is a formal parameter.

In fact, the content is encapsulated into objects obj1 and obj2. Each object has name and age attributes.

1. Outside the class, after instantiating the object, pass the object Property name called directly

2. In the class, when the function is executed, it is called indirectly through self

Python passes the instantiated object (obj1) to the self parameter by default, so self = obj1 inside the method, that is, self Name is wupeiqi; self.age is 18.

Exercise 1: output the following information at the terminal

Inheritance, in fact, is to extract the methods shared by multiple classes into the parent class. The child class only needs to inherit the parent class without implementing each method one by one.

However, eating, drinking, pulling and scattering are the functions of both cats and dogs. If the idea of inheritance is used, it can be realized as follows: 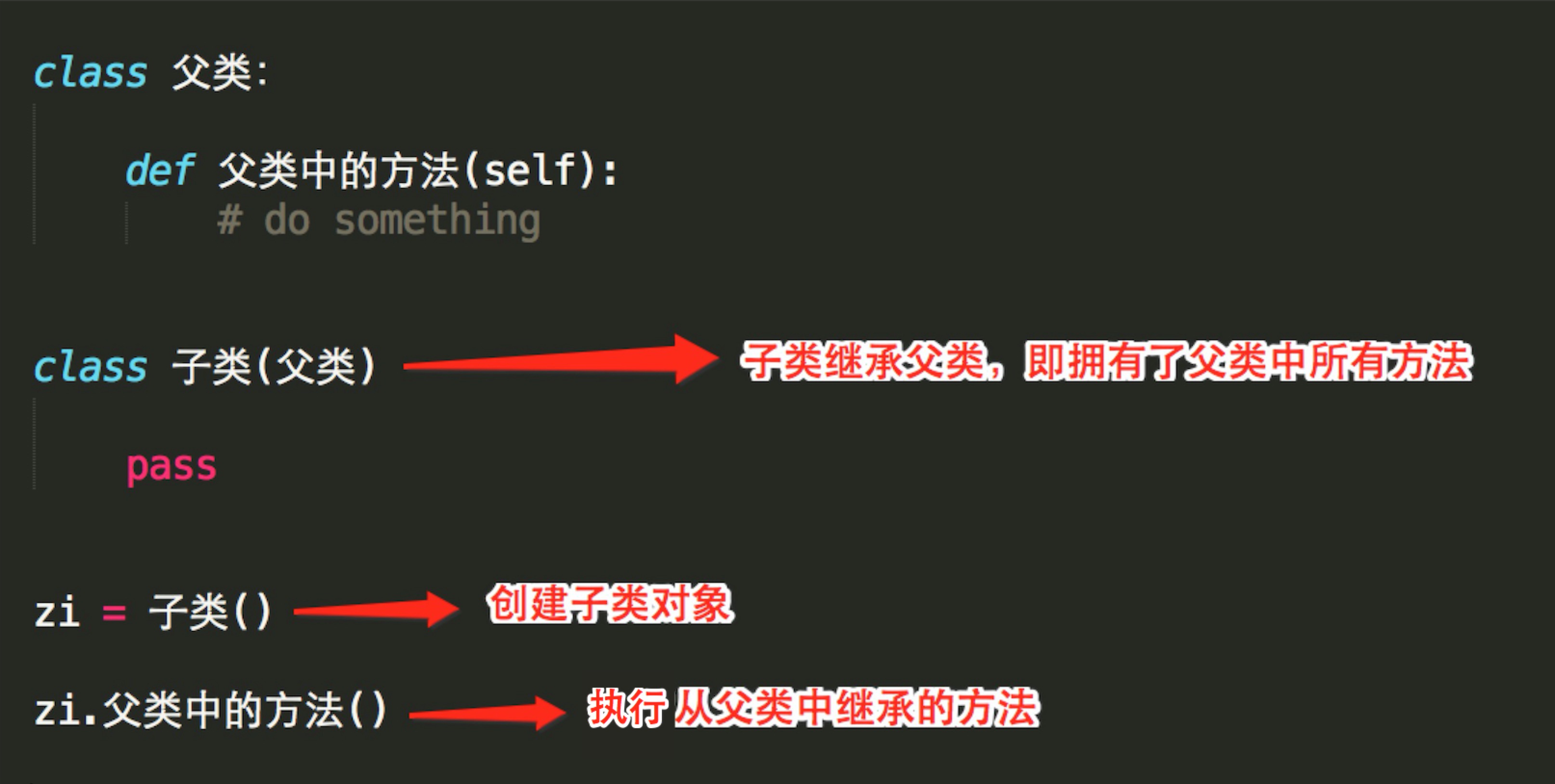 Then the problem comes again

Python classes can inherit multiple classes, while Java and C # can only inherit one class

If a Python class inherits multiple classes, there are two ways to find methods: depth first and breadth first 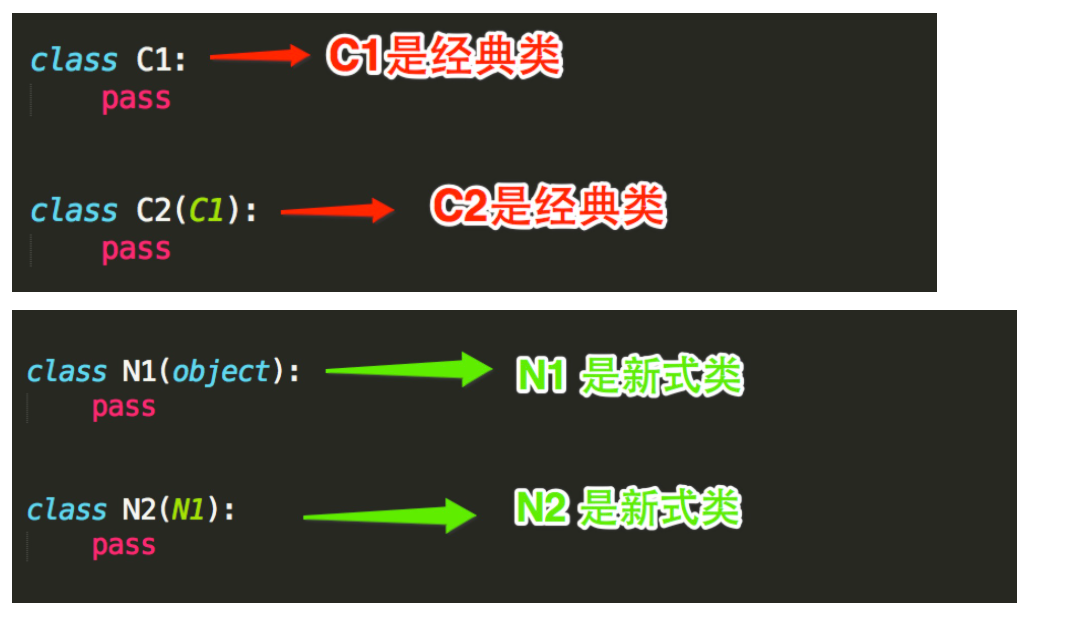 Polymorphism refers to the use of instances without considering the type of instances. Regardless of the ever-changing objects, users can call them through a unified interface. The advantage of this is to increase the flexibility and scalability of the program.

For example, Python's sequence types have many forms: string, list and tuple, but we can use the same method to calculate the length of the sequence without considering the three types, which is an embodiment of polymorphism.

python programmers usually write programs based on this behavior. For example, if you want to write a custom version of an existing object, you can inherit the object or create a new object that looks and behaves like it, but has nothing to do with it. The latter is usually used to save the loose coupling of program components.

How to choose between functional programming and object-oriented programming? Under what circumstances?

Therefore, in general, in Python development, object-oriented and functional are usually mixed