⚡ I hope you can give me more support 😘 Progress together~ ❤️
🌈 If helpful, please pay attention ➕ give the thumbs-up ➕ Collection, if I can't, I'll try harder 💪

The node types in the single linked list are described as follows:

Let's think about it. If we use a linked list to store [Ceylan], what is its logical state?

First, there should be a header pointer L, which points to the first element 'C'. Through the information of the node where 'C' is located, you can access the location of the next node 'e', and so on, you can find the whole [Ceylan] 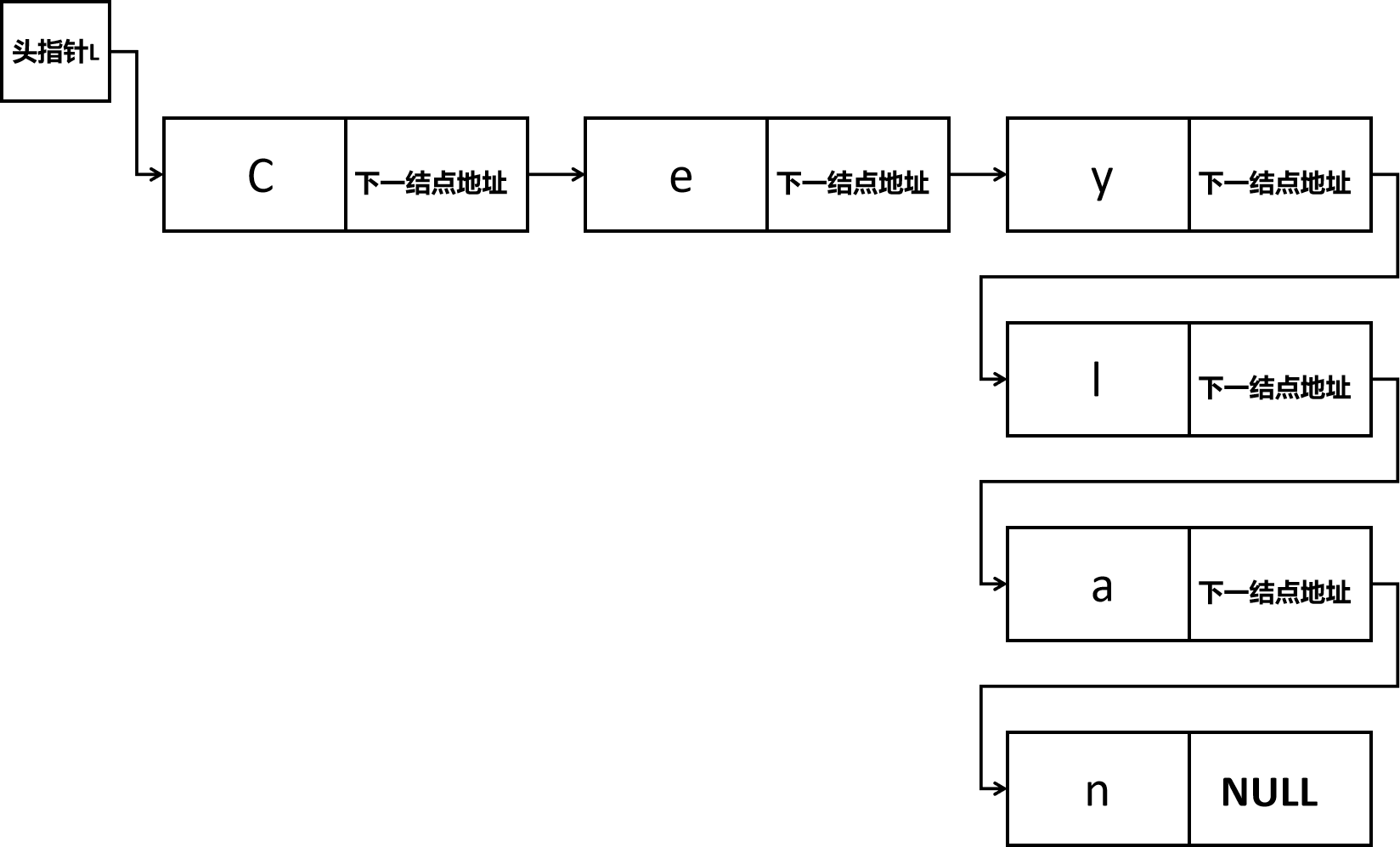 one ️⃣ Create an empty table and generate a new node

three ️⃣ Insert the new node into the header of the current linked list, that is, after the header node

Because each insertion is at the head of the linked list, you should input data in reverse order. The input order is opposite to the logical order in the linear table.

one ️⃣ Create an empty table and generate a new node

one ️⃣ Start from the first node and search down one by one along the pointer next until the # i # node is found,

one ️⃣ Starting from the first node, the pointer next searches down the values one by one until a matching value is found

two ️⃣ If no NULL field is found, the last pointer is returned

Insert the new node with the value of x into the ith position of the single linked list.

one ️⃣ Call the search function by sequence number to find the i-1 node, assuming that the returned node is * p

Delete the ith node of the single linked list.

one ️⃣ Call the search function by sequence number to find the ith node, assuming that the returned node is * p

two ️⃣ Point the * p pointer field next to the lower node

On the road of life, we never retreat from the whole body, enjoy the success and get something for nothing. If you don't work hard, you'll be out.

I am not talented. If there are mistakes, you are welcome to correct them in the comment area. Please pay attention if it is helpful ➕ give the thumbs-up ➕ If I can't, I'll try again 💪💪💪