Before starting to learn opengl, the blogger learned the first ten sections (rendering pipeline part) of games101 graphics foundation and the first two sections (basic part) of games202. This note was expanded by the second section of games202, and the subsequent content came from learnopungl (originally wanted to read the blue book, I felt that the environment gltools and sb7 of the blue book were a little troublesome, and I found that learnopungl was better to use) 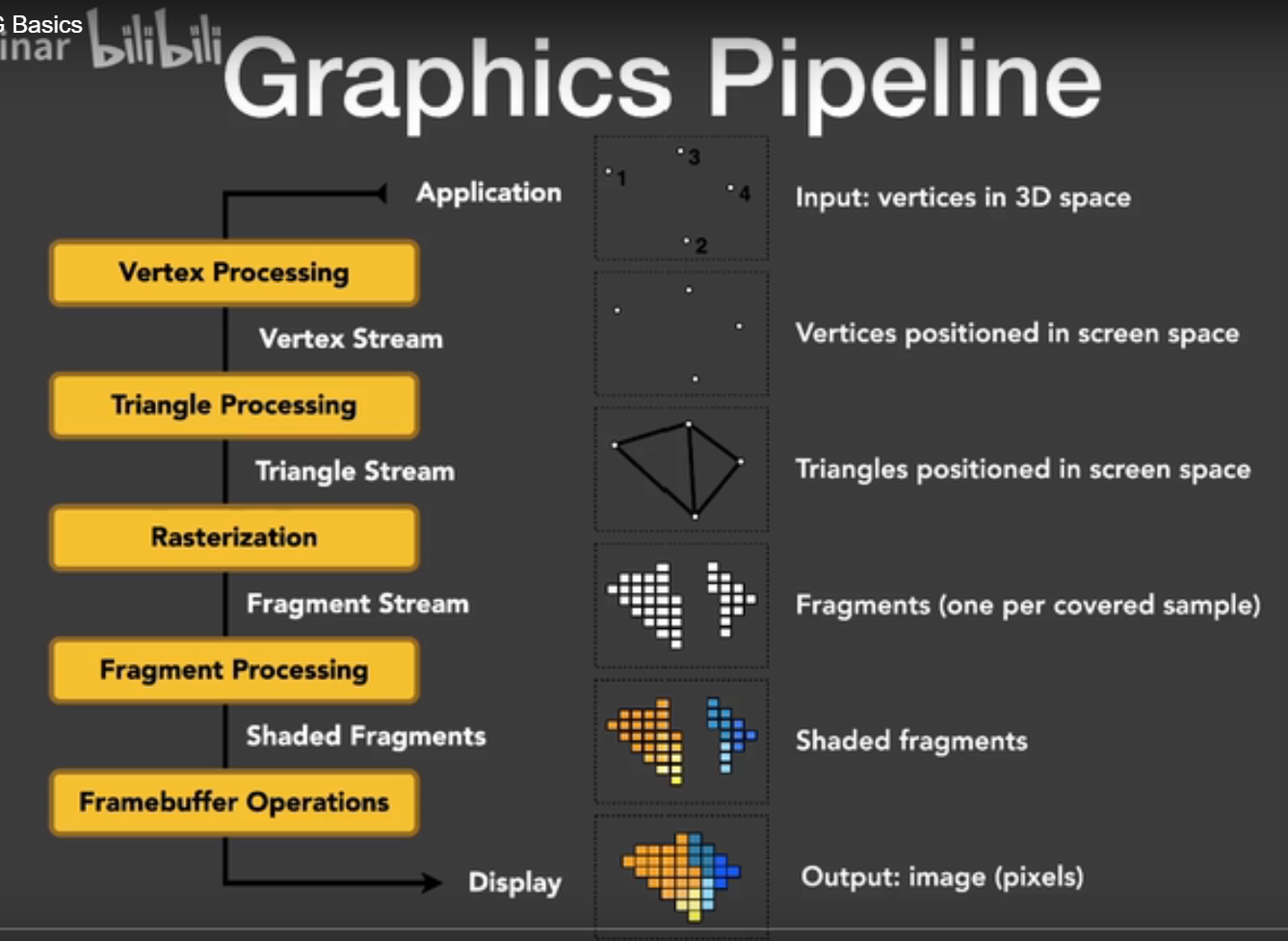 A set of graphical API s for calling GPU on CPU. The work is similar to painting an oil painting:

Use OpenGL to complete the placement and movement of objects.

3. Add canvas: after specifying a framebuffer, it can be used to render multiple images. Rendering once is equivalent to using one canvas.

4. Painting: shading and shading with shaders. For vertex shading return value and interpolation in fragment shader, you need to complete vertex and fragment shader by yourself, and other functions can be encapsulated and used.

Render Equation (visibility is used to deal with environmental care, which is considered in real-time rendering) 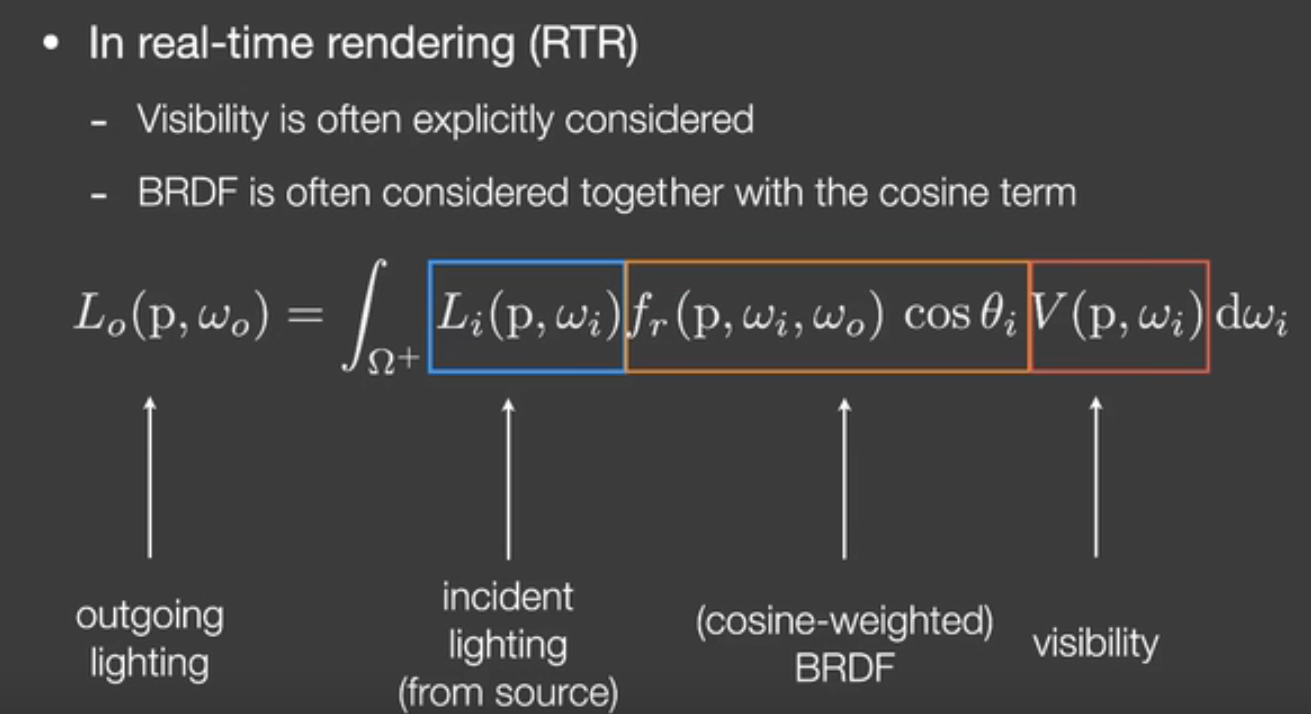 The environment configuration really bothered me for a while. Thank you very much for sharing.

I searched many tutorials on the Internet because I was too lazy to download cmake, and then I successfully configured glut and glfw by using the method of the blogger above.

The following code initializes glfw and tells glfw to use OpenGL version 3.3 and use core mode.

After glad is enabled in the above code, set the viewport. Since the viewport size should change with the change of window size, design the callback function to change synchronously each time. The glViewport method is used to set the size of the rendering window. The designed callback function has a wide range of applications, such as processing input change error information and so on.

If you want to call this function to update the size of the rendering window every time you resize the window, you need to use the following statement:

glfwWindowShouldClose: check whether GLFW is required to be pushed out

glfwPollEvents: check whether any events are triggered

glfwSwapBuffers: exchange color buffers (double buffering technology: the front buffer saves the final output image, the rear buffer draws, and the image is presented before and after the exchange)

glfwGetKey (window, GLFW_KEY_ESCAPE) means to check the status of ESC key. If it is pressed, there is

The picture that is not pressed will return to GLFE_RELEASE

glClear() can accept a Buffer Bit with COLOR \DEPTH \SETNCIL

We will continue in the next section