There are generally two types of character pointers:

It's especially easy to think that the constant string hello world! Put it into the character pointer ptr, but the essence is to put the address of the first character of the string into ptr, that is, ptr points to the address of 'h', but the string is continuously stored in memory, and the system automatically adds the end of '\ 0' to the end of the string. When% s is used to output the character string, it will continue to output from the first element to the end of '\ 0'.

Then there are such interview questions:

Please read your answer in your heart.

Let's review here. What does the following pointer array mean?

How to determine the type of array storage?

Very simple. Remove the "array name []" directly, and the rest is the type of array.

Is an array pointer a pointer or an array?
The answer is: pointer.

We can deduce from previous studies that the character pointer char* p and the integer pointer int* p.
So the array pointer should be: a pointer that can point to an array.
How to express it
First, it is a pointer. When defining, you need to add * before the variable. Secondly, the type it points to is an array, so there are the following definitions

It can also be explained from an expression
parr is first combined with * to indicate that parr is a pointer variable, and then points to an array of 10 integers. Therefore, p is a pointer to an array, which is called array pointer.

For the following array:

What are arr and & arr?
We know that arr is the array name, which indicates the address of the first element of the array.
What is the &arr array name?
Let's look at a code: 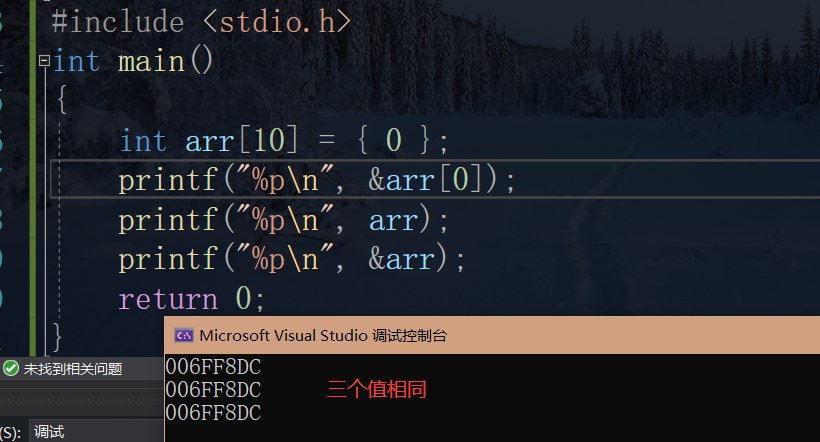 Their values are the same
Therefore, we can conclude that & arr and arr at this time point to the first element of the array, which is the address of the first element. It should be noted that their types are different, namely int ()[10] and int *.

But does arr always point to the first element of the array?

It is concluded that arr has different meanings in different places.
When the array name (arr) is the first element address except for the following two cases

Let's look at the difference 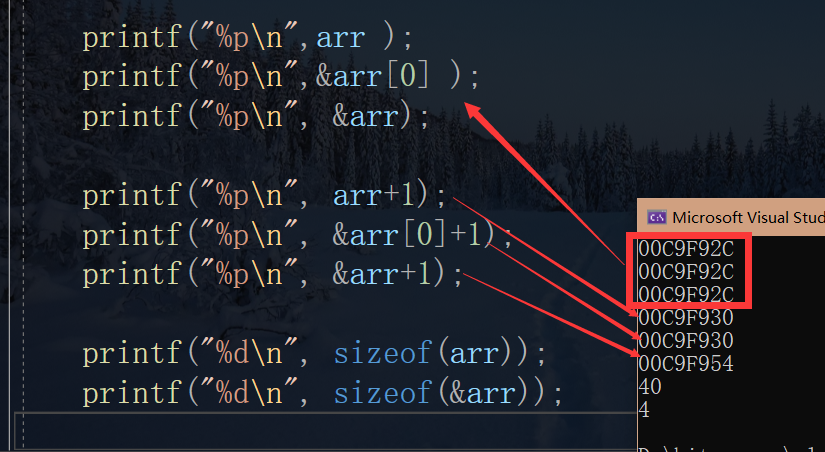 Use of array pointers

That is, the pointer to the function to store the address of the function.
Let's look at a piece of code

The function pointer type looks complex and inconvenient to use. We can use typedef to define an alias

First, it is an array, which must be combined with the subscript operator [] first, and then the function pointer type

Transfer table
That is, put the functions with the same return type, number of parameters and type in an array, and then use the array to call each function in different cases.
For example, define four functions: addition, subtraction, multiplication and division. Their return types, number of parameters and types are the same. Put them in an array.

6, Pointer to array of function pointers

Pointer is a major feature and difficulty of C language. It can be unlimited. We need to deeply understand their properties in order to learn and use it.

I hope it can help you understand the pointer in depth!