Different types of objects respond differently to the same message, which is called polymorphism. Generally speaking, it is to complete a certain behavior. When different objects complete it, they will produce different results

For example, if you go to an Internet cafe to get online, if you are a vip, the price of your Internet access will be lower than that of ordinary users; If you are not a vip, then your online price is the original price. This is a polymorphism in life

Definition and use of polymorphism

For example, the following program is a manifestation of polymorphism 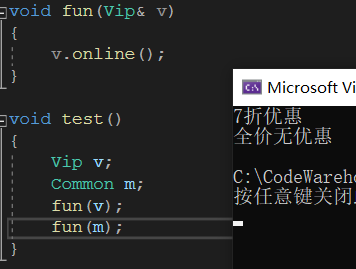 The premise of realizing polymorphism (indispensable):

The fourth point is to understand the code 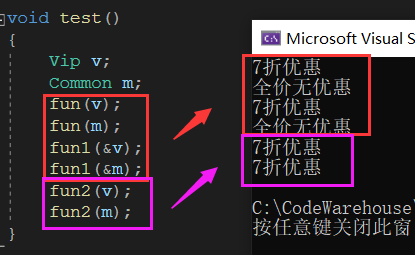 Rewrite (override) requirements: the function name, parameter list and return value of the virtual function in the derived class should be exactly the same as that in the base class 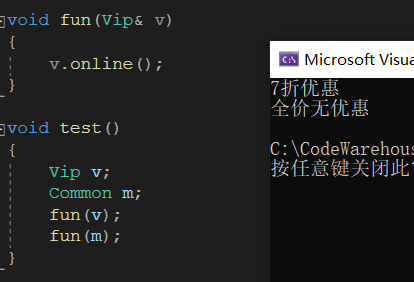 Let's look at the following code

Running result: at this time, the resources in the subclass will not be released, resulting in the problem of memory leakage

Running result: in this way, there will be no memory leakage

override and final in C++11

If we write polymorphic code, due to our negligence, we write the function name, return value or parameters incorrectly, then we cannot constitute rewriting. This kind of error will not be reported during compilation, and can be found only when the program is running. At this time, in order to solve this problem, C++11 introduces two keywords override and final 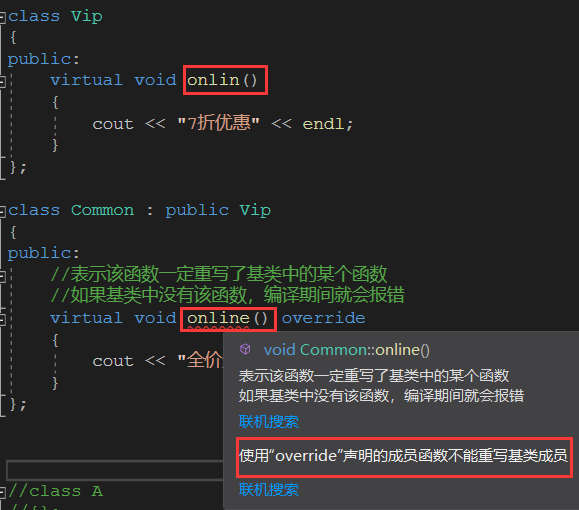 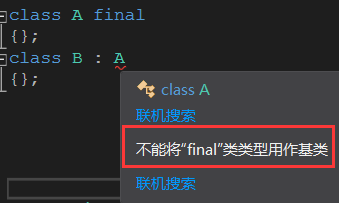 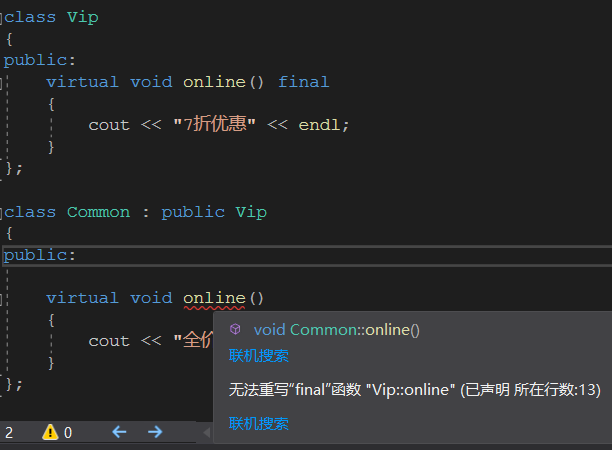 Differences and relations among overloading, rewriting and hiding 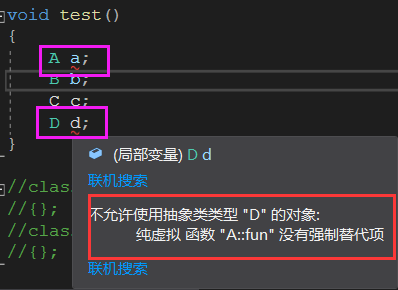 Let's first look at the size in the following classes

We found that it is 8 bytes. Why is it 8 bytes? Does the function take up space? Let's create a Base object to see which members are included in this object

Running results: we found that even if the number of virtual functions is different, the size of the class is the same, which means that the virtual table is not stored in the class

The memory that our programmers can use includes stack, heap, data segment and code segment. That is, the virtual table must exist in one of the four memories, so how do we judge? We can roughly check the distance of the address, check that the address of the virtual table is similar to that of the memory, and the closest address can be considered to be in that memory

Running result: the stack and heap addresses are still very different, and the address difference between data segment and code segment is not small. These four addresses represent different locations in memory. Next, we'll print the address of the virtual table to see which address is close to it

Running result: we can launch

Let's look at the execution of the code through assembly 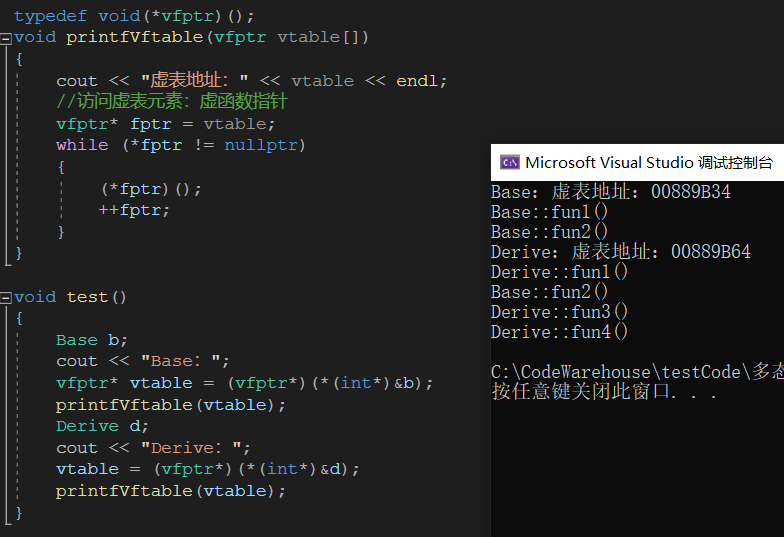 In multi inheritance, the virtual table of each class will be inherited 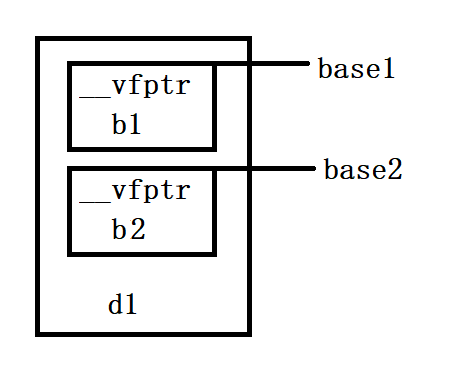 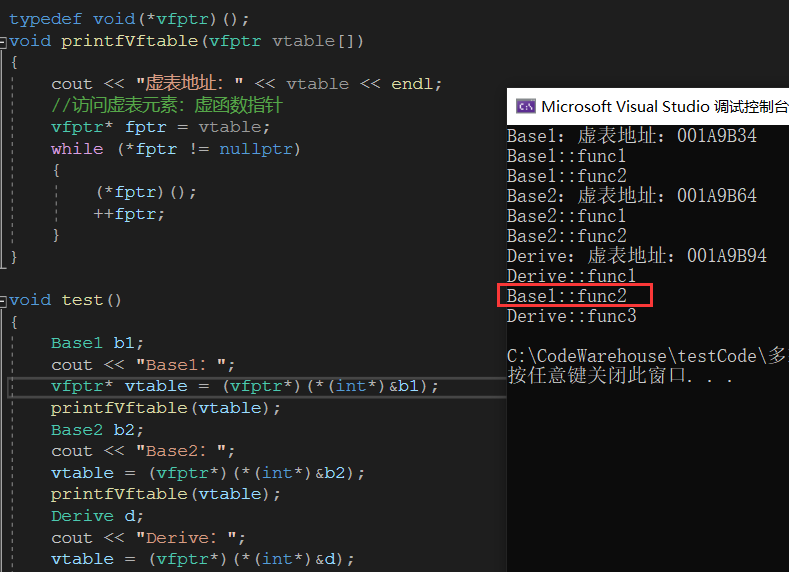