Problems caused by missing XGBoost values and their depth analysis

Problems caused by missing XGBoost values and their depth analysis

The XGBoost model, as a "killer" in machine learning, is widely used in data science contests and industries. XGBoost officially provides corresponding codes that can run on a variety of platforms and environments, such as XGBoost on Spark for distributed training.However, in the official implementation of XGBoost on Spark, there is a problem of instability caused by XGBoost missing values and sparse representation mechanisms.

It originated from feedback from students who used a machine learning platform in Meituan. The XGBoost model trained on the platform used the same model, the same test data, and the results calculated by local calls (Java engine) were inconsistent with those calculated by the platform (Spark engine).However, the student ran both engines locally (Python engine and Java engine) and the results were consistent.So would it be problematic to question the platform's XGBoost predictions?

The platform has many directional optimizations for XGBoost models, and there are no inconsistencies between local call (Java engine) and platform (Spark engine) results in XGBoost model tests.Moreover, the version running on the platform, and the version used locally by the students, all come from the official version of Dmlc. The underlying JNI calls should be the same code. In theory, the results should be identical, but in practice they are different.

From the test code given by the classmate, no problems were found: 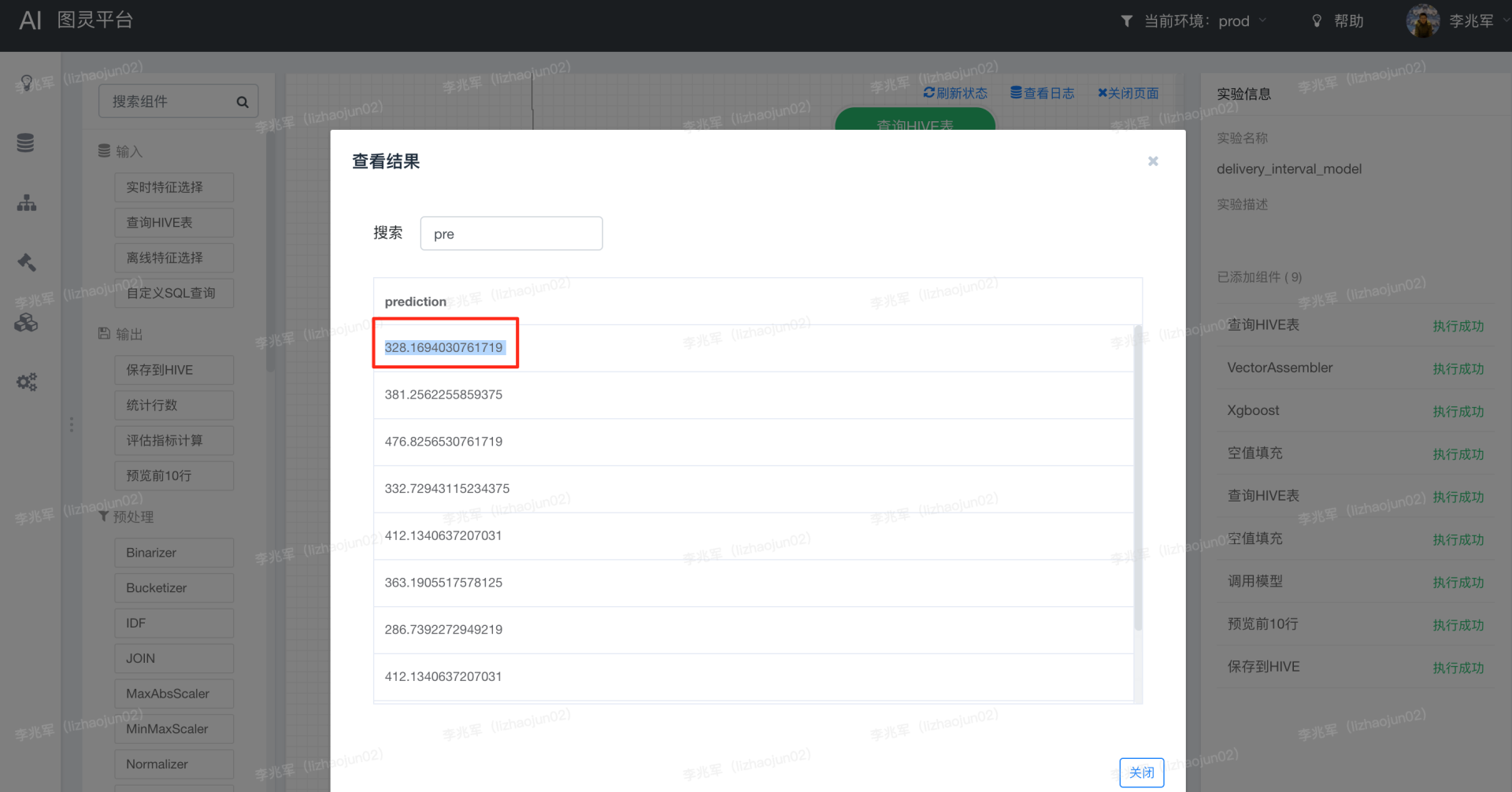 How can the results be different and where did the problem occur?

How to check?The first thing to think about is the direction of sorting out whether the field types entered in the two processes will be inconsistent.If the field types in the two inputs are inconsistent or the decimal precision is different, the difference in results is explanatory.After carefully analyzing the input of the model, I notice that there is a 6.6666666666667 in the array, is that why?

Each Debug carefully compares the input data and its field type on both sides and is identical.

This eliminates the problem of inconsistent field types and precision when dealing with both methods.

The second idea is that XGBoost on Spark provides two upper APIs, XGBoost Classifier and XGBoostRegressor, according to the function of the model. These two upper APIs add many hyperparameters and encapsulate many upper capabilities on the basis of JNI.Will it be that during these two encapsulations, some of the newly added hyperparameters have special handling of the input results, resulting in inconsistent results?

After communicating with the students who feedback this question, we know that the hyperparameters set in their Python code are exactly the same as the platform settings.Check the source code of XGBoostClassifier and XGBoostRegressor carefully, both of which do not have any special handling of the output results.

Quickly find the source code of the two engines and find that they really do not handle the missing values in the same way!

The processing of XGBoost4j missing values occurs during the construction of DMatrix, with 0.0f set as the missing value by default:

xgboost on Spark uses NaN as the default missing value.

Modify the test code, set the missing value to NaN on the Java engine code, and execute it at 328.1694, which is exactly the same as the platform results.

3. Instability introduced by missing values in XGBoost on Spark source

However, things aren't that simple.

There is also hidden missing value processing logic in Spark ML: SparseVector, which is a sparse vector.

Both SparseVector and DenseVector are used to represent a vector, and the difference between them is simply the storage structure.

DenseVector is the normal Vector store, where each value in the Vector is stored sequentially.

SparseVector, on the other hand, is a sparse representation for storing data in scenes where the values of 0 are very large in vectors.

Therefore, SparseVector can save a lot of storage space for a very large set of data with 0 values.

A sample SparseVector storage is shown in the following figure:

As shown in the figure above, the SparseVector does not save the part of the array that has a value of 0, only records non-zero values.Therefore, a location with a value of 0 does not actually take up storage space.The code below is the implementation code for VectorAssembler in Spark ML, and as you can see from the code, if the value is 0, it is not recorded in SpaseVector.

A value that does not occupy storage space is also a missing value in a sense.SparseVector is used by all algorithm components, including XGBoost on Spark, as a format for saving arrays in Spark ML.In fact, XGBoost on Spark does treat 0 values in Sparse Vector as missing values:

What can XGBoost on Spark cause instability when it considers 0 in SparseVector as a missing value?

Essentially, the storage of the Vector type in Spark ML is optimized, and it automatically chooses whether to store as a SparseVector or a DenseVector based on what is in the Vector array.That is, a field of type Vector has two save formats for the same column when it is saved in SparseVector and DenseVector.And for a column in a data, both formats exist at the same time, with some rows represented by Sparse and some rows represented by Dense.Choose which format to use to represent the calculation from the following code:

Checked the latest source code for XGBoost on Spark and still did not solve the problem.

It is an unexpected pleasure that the problem has been solved and that the evaluation index of the model trained with the new code will be slightly improved.

I hope this article will be helpful to the students who have encountered the missing values of XGBoost, and welcome you to exchange and discuss.

Introduction to the Author

The algorithm platform team of Meituan Distribution Department is responsible for the construction of Turing platform, a one-stop large-scale machine learning platform for Meituan.Around the entire lifecycle of the algorithm, a visual drag-and-drop method is used to define the model training and prediction process, provide powerful model management, online model prediction and task conquest capabilities, and provide support for multidimensional stereoscopic AB shunting and online effect evaluation.The mission of the team is to provide a unified, end-to-end, one-stop self-service platform for algorithmic students, to help them reduce the complexity of algorithmic development and improve the efficiency of algorithmic iteration.