Introduction: This paper introduces the producer consumer model and the demo of the simple implementation of go.

Producer consumer model: a module (function, etc.) is responsible for generating data, which is processed by another module (the module here is generalized and can be class, function, collaboration, thread, process, etc.). The module that generates data is vividly called the producer; and the module that processes data is called the consumer.
Abstracting producers and consumers is not enough to be a producer consumer model. This model also needs a buffer between producers and consumers as an intermediary. Producers put data into the buffer, and consumers take data out of the buffer. The general structure is shown in the figure below.

In this way, the buffer has the following benefits:
decoupling : reduce the coupling between consumers and producers. With the Express Center, it is not necessary to directly deliver the express to the mailman. The mailman does not rely on the mailman. If the mailman changes one day, it will have no impact on the mailman. Suppose that the producer and consumer are two classes respectively. If the producer is allowed to call one of the consumers directly In the future, if the consumer's code changes, it may really affect the producer. If both depend on a buffer and there is no direct dependence between them, the degree of coupling will be reduced accordingly.
Concurrent : the number of producers and consumers is not equal, and they can still maintain normal communication. Because the function calls are synchronous (or blocked) , the producer has to wait until the consumer's method does not return. If the consumer processes the data very slowly, the producer can only wait to waste time. After using the producer consumer mode, the producer and the consumer can be two independent concurrent entities. Once the producer throws the produced data into the buffer, it can produce the next data. Basically, there is no need to rely on the processing speed of consumers. People who send express mail directly throw the express into the Express Center and don't care.
cache : the speed of producers and consumers does not match, and the data is temporarily stored. If the person who sends the express mail sends more than one express at a time, the mailman can temporarily store other express in the Express Center. That is, the producer's production data is too fast in a short time, and the consumer can't consume, and the unprocessed data can be temporarily stored in the buffer.

The most typical application of one-way channel is "producer consumer model". Channel is divided into buffered and unbuffered channels. When parameters in channel are passed, they are passed as references.

Example code 1 is implemented as follows 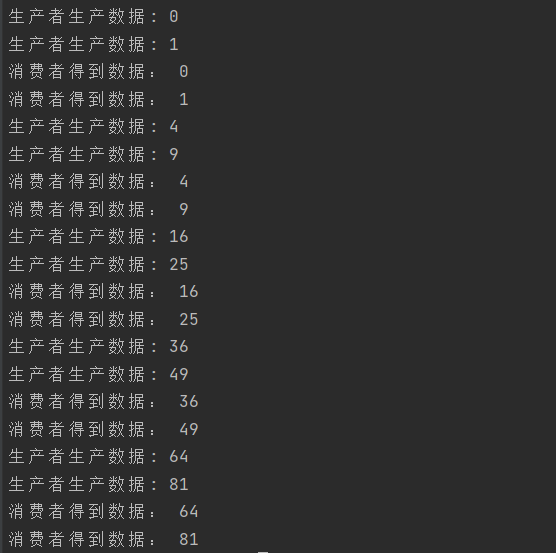 Example code 2 is as follows 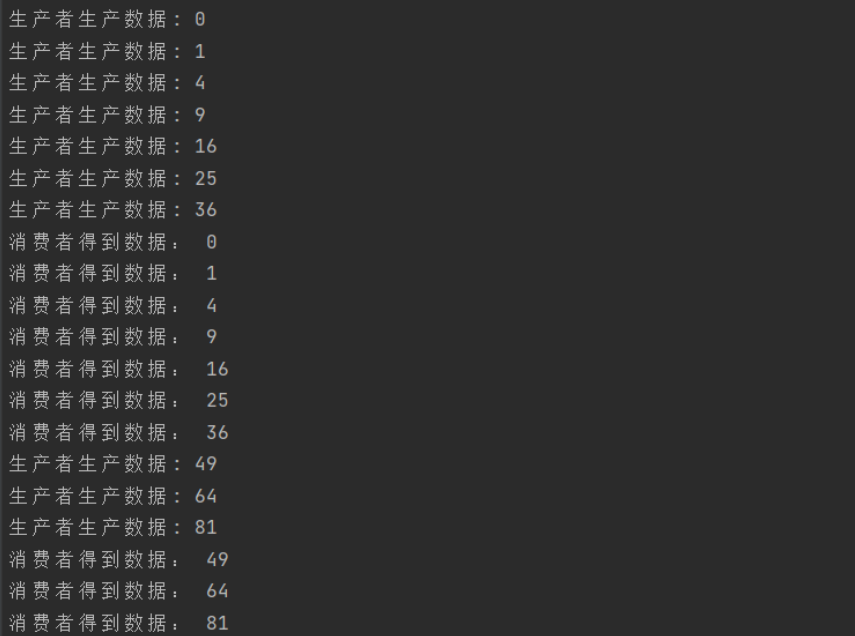 The reason why the terminal producer continuously prints data larger than the buffer capacity is that the terminal printing belongs to the system call and has delay. During IO operation, the producer writes to the pipeline and requests printing at the same time. The writing and reading of the pipeline does not match the printing speed of the terminal output.

In practical application, accessing the same public area and performing different operations at the same time can be divided into producer consumer models, such as order system.
After the orders of many users are released, they are put into the buffer or queue, and then the system reads them from the buffer for real processing. The system does not need to open up multiple threads to process multiple orders, so as to reduce the burden of system concurrency. Through the producer consumer mode, the order system is separated from the warehouse management system, and users can place orders at any time (production data) . if the order system directly calls the warehouse system, the user has to wait until the result of the warehouse system returns after clicking the place order button. This will be very slow.
That is: the user becomes a producer, and the order processing management system becomes a consumer.

Code example 3 is as follows

The logic here is similar to the above, except that an OrderInfo structure is used to simulate the order as the business processing object. The main thread blocks with time.Sleep(time.Second * 2). Otherwise, the program stops immediately.
The results are as follows: 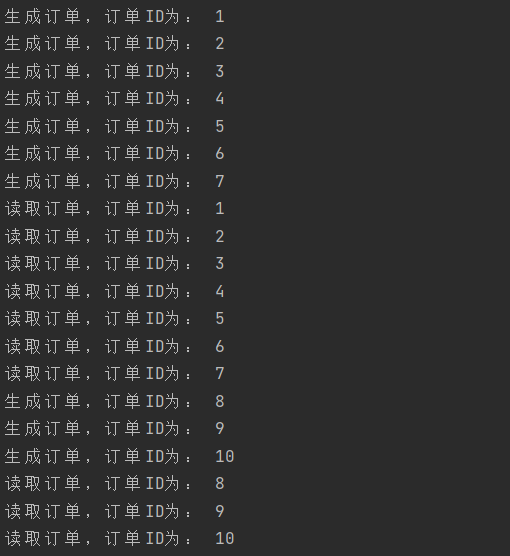