You know which is the hottest mobile game at present. Yes, it is the glory of the king. This mobile game must have been heard or played by everyone. There are 106 heroes and hundreds of hero skins. Today I'll teach you to climb down hundreds of skins.

String preceded by 'u'

String preceded by 'b'

Get some information about heroes

If you have a good foundation, you can skip this section directly.

The zip() function is used to take the iteratable object as a parameter, package the corresponding elements in the object into tuples, and then return the object composed of these tuples.

The syntax format is:

Note: if the number of elements of each iterator is inconsistent, the length of the returned list is the same as the shortest object.

Derivation is a way to quickly create a sequence from one or more iterators. It can combine loops with conditional judgment to avoid lengthy code.

The syntax format is as follows:

The specific example 1 code is as follows:

The specific example 2 code is as follows:

Through the above two examples, it is obvious that the use of derivation greatly shortens our code lines and makes our code more professional.

Here we use the dictionary derivation to combine the elements in the list into a dictionary according to their positions.

The syntax format is:

Careful students can find that various derivation formulas are mainly different from the outer brackets, and the others are similar, so as long as you remember one, the others will not be a problem.

When writing code, we sometimes add some characters in front of the string, such as r, b, u, f, etc. What's the use of adding these characters? I'll explain it briefly next.

Its function is to remove escape characters

We know that \ n means line feed. In the second line of code, we add an 'r' before the string, then \ n is only represented as a backslash and the letter n.

Characters beginning with r are often used in regular expressions.

String preceded by 'u'

The function is to encode the string in unicode.

Generally, English characters can be parsed normally under various codes, so they generally do not take u;

However, Chinese must indicate the required code, otherwise there will be garbled code once the code is converted.

Starting with 'f' means that python expressions in braces are supported in the string, which is equivalent to the abbreviation of format function.

String preceded by 'b'

Adding 'b' before the string indicates that it is a bytes object, which is generally used in network programming, because the server and browser only recognize bytes data.

In Python 3, bytes and str are converted to each other as follows:

Well, that's all for some basic knowledge of Python. Next, let's officially enter the theme - crawling the skin of the king's glory and hero.

First we open King glory official website , click the hero profile, and we can see the head of the king's glory hero, as shown in the figure below:

After a simple search, we find that there are Ajax requests, as shown in the following figure: 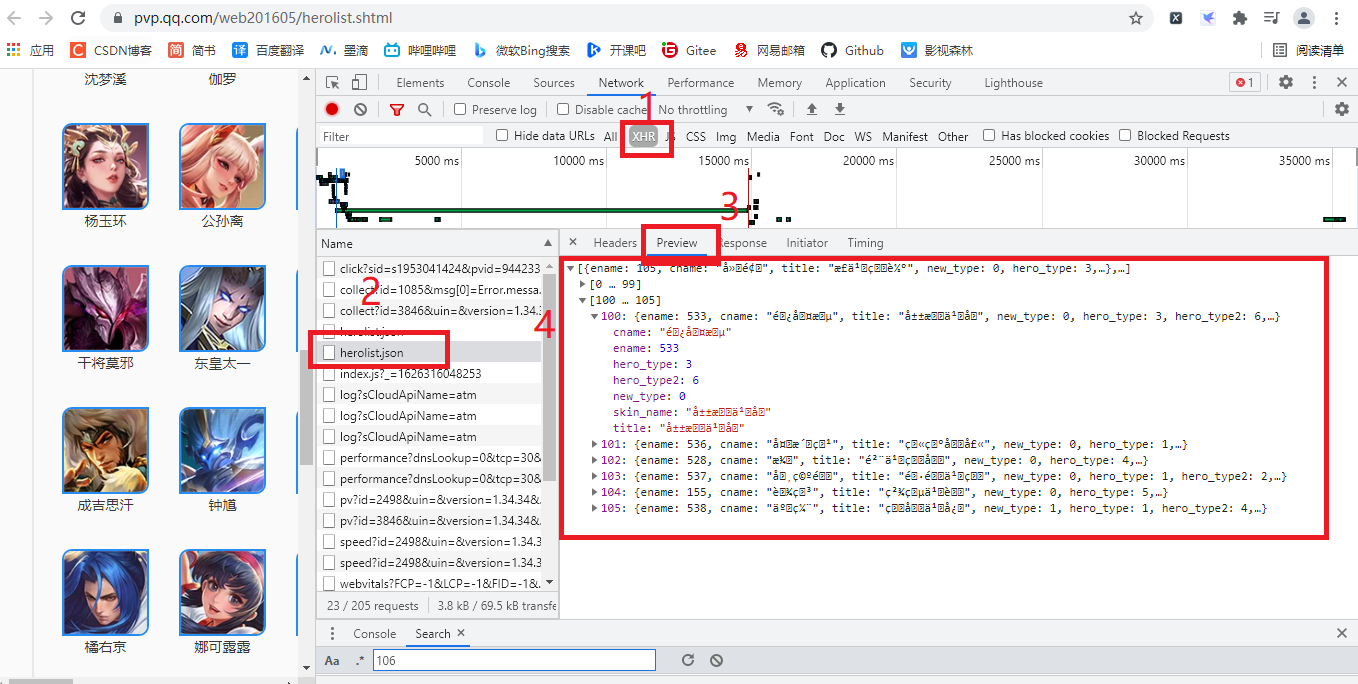 Some people may say what are the following things and whether they are an anti crawler method:

cname,skin_name and title can be translated from the perspective of English. We can know that they represent hero name, skin name and title respectively. Let's not worry about whether it is an anti crawler means, but try to obtain this information according to Ajax analysis,

The main codes are as follows:

We randomly click on several heroes' avatars to observe the difference between their corresponding URL links:

Through observation, we can find that only the following numbers of these URL links change, and these numbers are the hero's id, so we can construct each hero's URL link through the hero id.

For the old specification, open the developer tool to check whether there are Ajax requests. After searching, it is found that there are no Ajax requests, so we should consider using regular expressions or XPath to obtain data information. In the Ajax analysis in the previous step, we have obtained the hero name and hero id. in the hero page, we need to obtain the skin link and skin name. 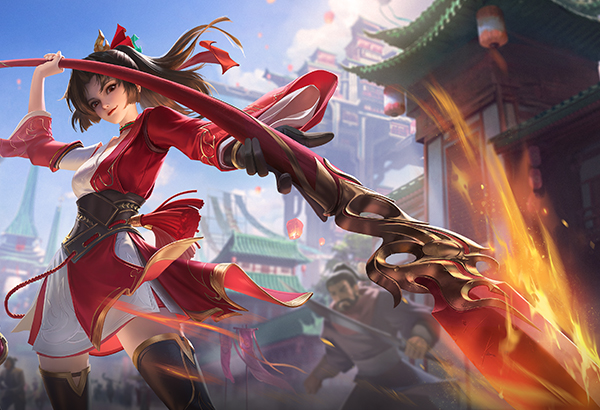 Next, we only need to observe the law of the link and construct the URL link of the skin according to the law

Through observation, it can be found that only the back of the hero skin link: 536/536-mobileskin-1.jpg changes, where 536 is the hero id and - 1 is the skin name of the picture.

Now that we have the rules, we can combine the variables of the picture link with its corresponding skin name into a tuple. That's all for the analysis before crawling. Next, we officially start the actual combat.

Our basic crawling idea is:

Get some information about heroes

First, we obtain the Ajax request of the hero list, and obtain the hero name and hero id through the request. The main code is as follows:

First, we use the json() method to get json data and the get() method to get specific data information. Here, we get the hero name and hero id, then use the obtained hero id to construct the URL link of each hero page, and then transfer the obtained hero name, hero id and URL link to our defined get_ In the data() method. In this way, the first step of our climb is completed.

It should be noted that:

The code of the head part of the source code of the king glory web page is gbk, as shown in the following figure:

We use the method of requests library to see what the default code is similar to. The specific code is as follows:

Therefore, we should use the requests library to change the encoding of the output results, otherwise Chinese garbled code will occur, as shown in the following figure:

In order to avoid the Chinese random code in the figure above, we use the requests library to change the code of the output result. The specific code is as follows:

After changing the encoding of the output result, we start to obtain the hero skin name by constructing a regular expression object. The specific code is as follows:

We use the re.compile() method to construct a regular expression object, and then use the re.findall() method to find multiple matches and return a list.

The data obtained are as follows:

The operation results are shown in the figure below:

After obtaining the skin name, we will construct the skin URL link and store it in the list. The main code is as follows:

Well, all the data we need have been obtained. Next, we need to start downloading all the king glory hero skins to the local folder.

In the above steps, we have successfully obtained the hero name, hero skin name and skin URL links. Next, we begin to download all skins.

The main codes are as follows:

First, we judge whether there is a folder with the hero name as the file name. If it does not exist, we use the os.mkdir() method to create the folder, and the passed in parameter is the hero name. Then create a data variable to save the download information of each skin URL. Finally, use the write() method to write the data data to the folder. 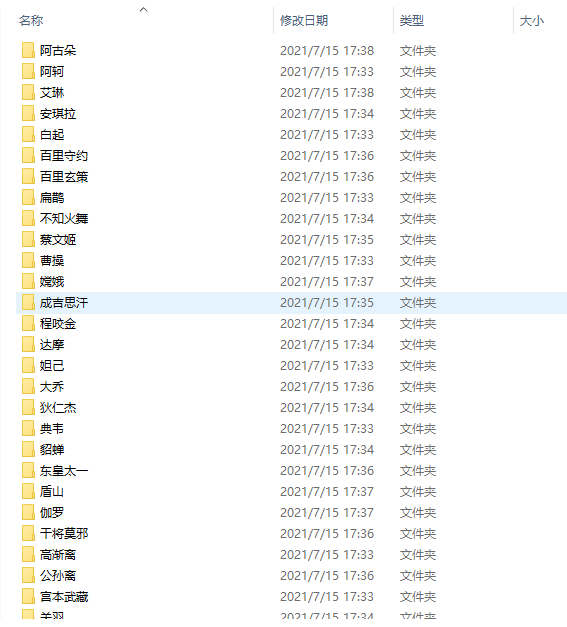 Well, that's all for crawling the skin picture of the king's glory hero. Then the problem comes. Which hero do you think is the most powerful and which skin feels the best!!!