Recently, there was an uproar in the script circle when the news that a crowd coding platform was run away came out (I'm not in the script circle, I just like to watch the people in the group blow and force), as if I could never hear the familiar advertising language again. This also indicates that the third-party coding platform is unreliable. At this time, it's essential to play the code, but what about the function? Of course, do it yourself! I'm not very busy recently. I'm going to roll out a series of articles on identifying verification codes with Python. The series plans to include various popular verification code forms, such as slider, four arithmetic, click selection, gesture, spatial reasoning, Google, etc. All the codes that have run through have been put on my knowledge planet. Please take them if necessary. Don't talk much, open!

The click selection of several beautiful icons is similar to that of other icons, which should be clicked in order. 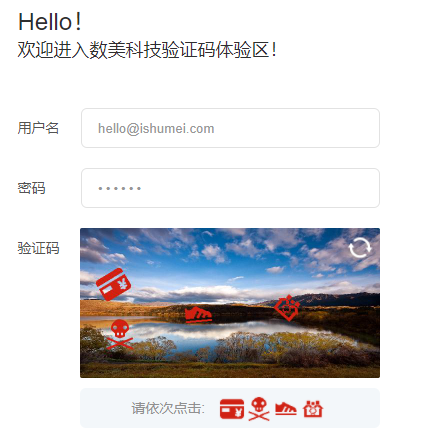 Normal people know that these data must be caught by reptiles (if you are single so far, when I didn't say). Count beauty It's a good conscience for anti crawling. If you analyze the request a little, you will find that some parameters seem encrypted but are actually written dead. Therefore, by constructing the request header and parameters, you can easily obtain the url of the verification code image. 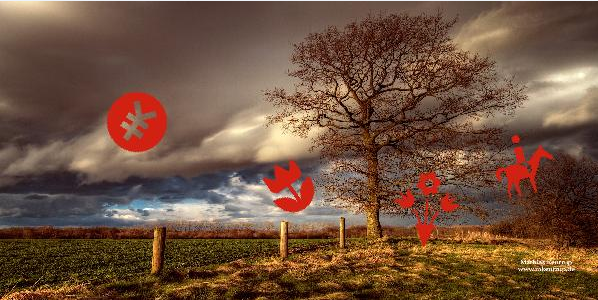 First, think about the problems to be solved in order to click in order:

A little old fellow who knows CV should know that this kind of picture is good. Turn it into a gray image, OTSU threshold segmentation, and expand it to get a better connected area of F4 s.

The result is soy sauce purple.

With the above results, it is easy to pick pictures in order. Traverse the vertical pixel sum of Kangkang from left to right. Whether it is 0 is OJBK.

If old fellow has read the book that I wrote before, I would like to continue to use template matching to find the location of the icon on the background map. But if you try it, you will find that you can't find the position at all! no accurate Because template matching has no rotation invariance and scaling invariance. The so-called invariance is that change is equal to no change. That is, template matching is not suitable for matching targets that have been rotated and scaled, even if they look like one thing from the human eye.

Originally, I wanted to use SIFT for positioning, but sift applied for a patent. I can't whore in vain with the reduced version of opencv

Later, I thought, forget it. Go to YoloV5. Anyway, YoloV5n doesn't have high requirements for graphics cards. I can train a positioning icon model for 4G bully. Just do it.

After half an hour of marking, more than 90 drawings were marked. Then a 13.9M model is trained with YoloV5n pytorch version, and the mAP is up to 98!!! I have to say, Yolo is awesome! (if you are not familiar with yolov5, you can refer to Official github)

Once you have the model, you need to rewrite the official predict Py, because predict Py is too bloated, and all the prediction results are drawn on the graph, just like soy sauce purple.

As for which way to express the position, different people have different opinions. It can be converted to each other anyway.

In order to make opencv a good matting, I used xyxy, and then encapsulated it a little.

F4 and F4 are available, so we need them to make base pairing. The logic of making a base is actually quite simple, probably maozi.

So what's the similarity? At first I thought it was a perceptual hash? It turned out not to be very good. How about a HOG feature and a cosine distance? As a result, he meowed more than he felt

Forget it, a shuttle with twin network is just labeling. Can't I do it

As for labeling, those who have studied ML or DL know that the real data of the business scenario is certainly the best, because the data distribution is the most similar. But I'm lazy... I did image enhancement opportunistically. The idea is to randomly find a few net maps, and then rotate the seeds randomly and zoom to get the map. Then randomly find a net map to paste it and pull it out.

Then you have a data set of about maozi

There are many versions of the twin network github of pytorch. Just choose the one that looks best. I chose VGG16 as the backbone and triple loss as the loss function. After training about 7 epoch s, the accuracy is OK (later experiments proved that it was a little over fitting).

At this time, there will be the position of F4 in the background image in rects.

In order to view the recognition results conveniently, I pasted F4 and the background picture on a picture, and then the numbers on the frame are in the order of clicking in turn. 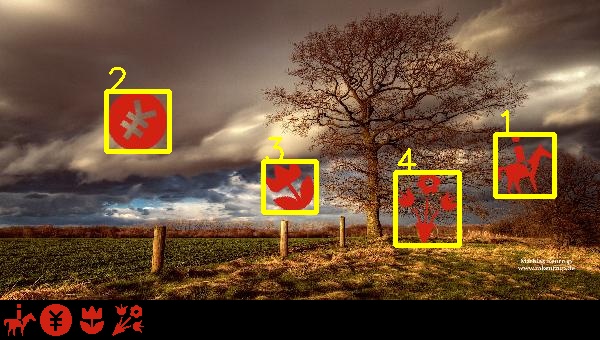 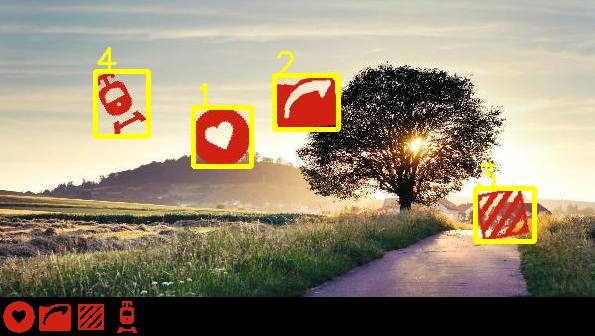 After testing, the correct rate of clicking in turn is about 65%.

1. When picking F4, I didn't consider the icons that are very separated. For example, AI in the figure below will be pulled into A and I. You can consider directly using the yolo model of positioning F4 to matting, and the effect is certainly better than this. 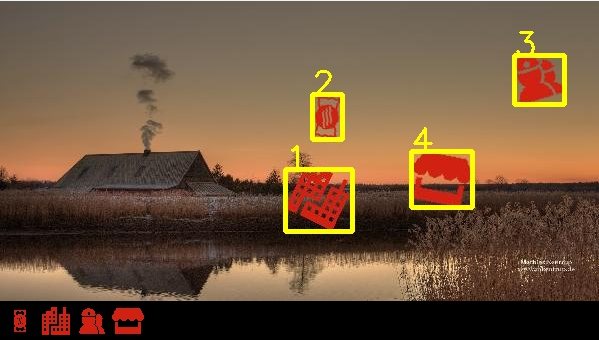