python everything is an object

All but a few statements in python are objects! Create a class, which is called a class object. It also occupies memory space and has its value.

Note that some of the parentheses of different methods in the class do not use parameters, and some need self or cls. What does this mean?

Class instantiation and use 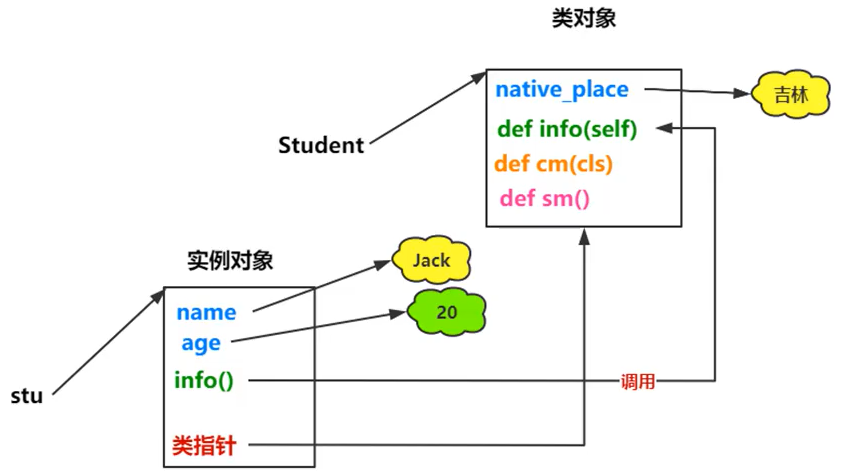 1. Class instantiation and use of methods and properties:

There are two methods for calling instance methods:

2. Use of class properties, class methods, and static methods

python is a dynamic language. After creating objects, you can dynamically bind properties and methods. That is, the instance object can be bound with properties or methods that the class to which the object belongs does not have.