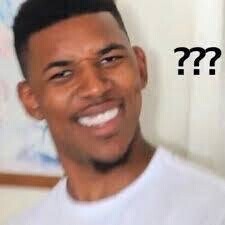 Why is it called redemption? Discuss a "death question" with you first. If your woman ticket or your wife asks you, "I fell into the water with your mother, who will you save first?" 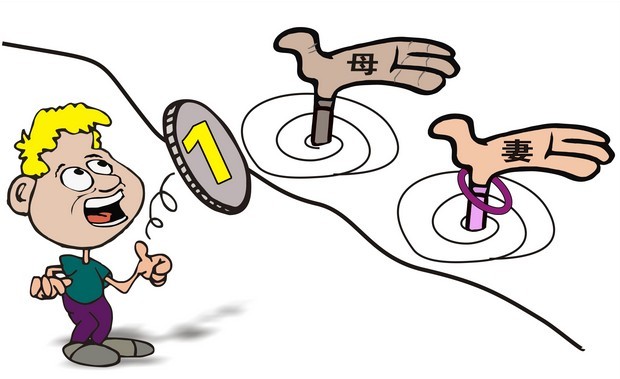 Haha, yes, that's the old voice of China, this torture of your heart's century problem! Are you scared?
You can toss coins, you can find a fishing net to catch them all at once, but wait, do you really have so much time in this emergency?
At this time, you must most want to become superman, or to cultivate the secrecy of "separation" so that you don't have to do this difficult choice.
Parallel cosmology tells us that there are countless copies in the world, and you also have countless copies. As long as you borrow one from another world, your heart will be sacred redemption. 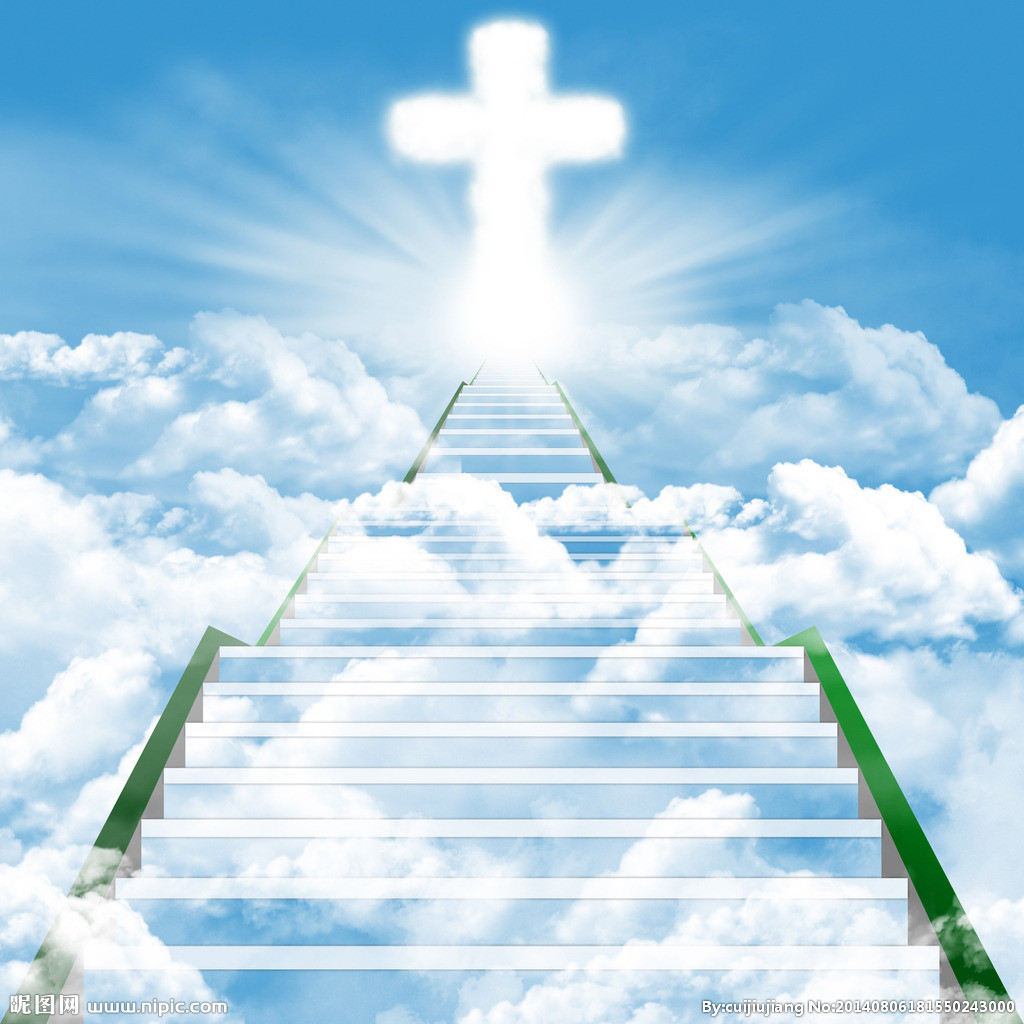 How do you do it?

Well, assuming that there is a parallel world, we need to make sure that this approach is feasible.

Organize the train of thought 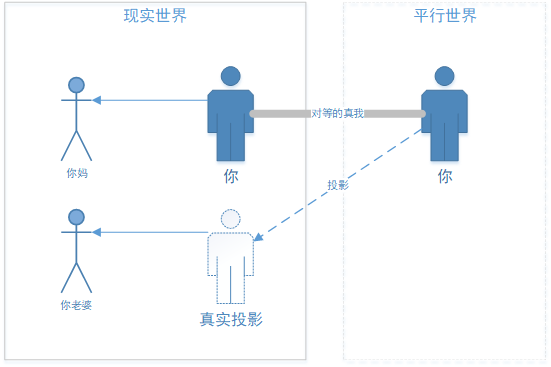 When we solve philosophical problems and sublimate our hearts, we return to the real self (reality) and use the remaining Saint model to think about the practical significance of this method.
In the process of being a "tall" engineer, we will encounter pits left in the code by our predecessors intentionally or unintentionally, such as

But when we need to create a new example of this kind of object to save the world, it seems that we can only feel the malice of the world when we are trampled by millions of grass-mud horses.
No, definitely not!
We are in the Saint mode!!
In the fucking society, we are just Diaoshi, but in the world of 0 and 1, we are gods!
God Almighty! 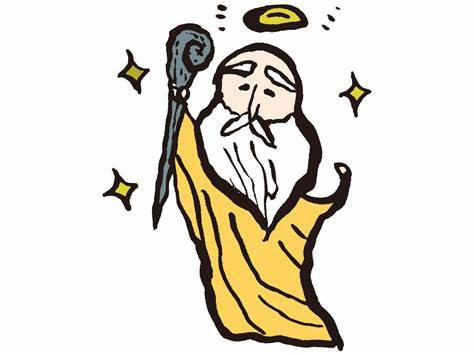 God loves the world, how can he let his lamb live in deep water?
Just like saving your mother, your wife and your heart, we can create a parallel world. Isn't it our instinct to create from nothingness?

We have already discussed the solution to the century's difficult problems and given the design plan. At this time, we just need to transform this thinking into the expression of another world composed of 0 and 1, which seems to be OK? 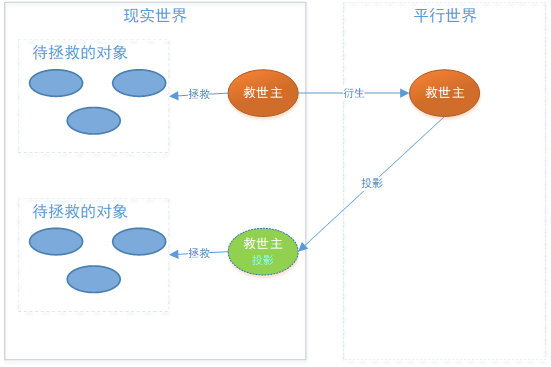 We need to manipulate a bunch of "objects to be saved" through the Savior's object. Well, that's what the Savior should do.
But on the other side, there was a disaster, and there were a bunch of "objects to be saved" waiting for the savior to save.
The Savior said, "Bed in the trough, my TM is too weak. God didn't give me the superpower of being a part. I'm helpless, too." 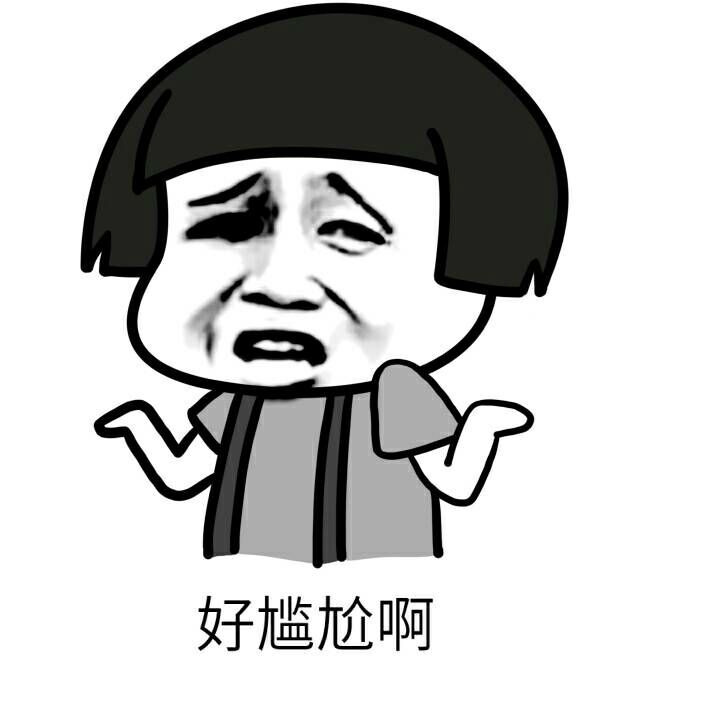 Well, this is the time for heroes to shine on the stage.

Your parents don't give you divorce, we don't divorce, we open up a new world directly, pull one over, don't ask why, it's so capricious. 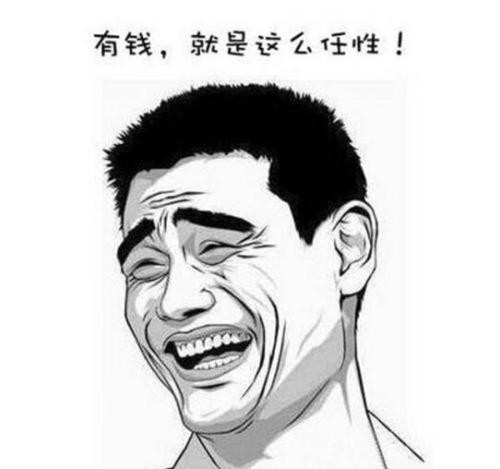 Well, it's like putting an elephant in a refrigerator in three steps.

1. Opening up a new world;
2. Reproduce the past of a savior;
3. Projecting the Savior;

There are steps. Analyse how to implement them.

Well, so far, we've basically sorted out the problem, so the next step is... 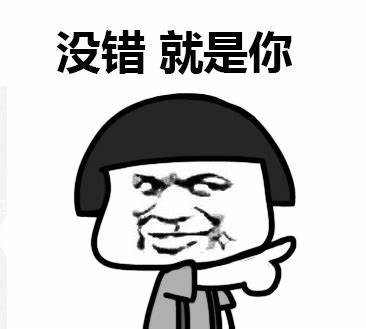 God said, "Let there be light."

Through the above analysis and combing, we have basically determined the direction and logic, now, everything is ready, we can enter the new world without a magical east wind, then we start to code! 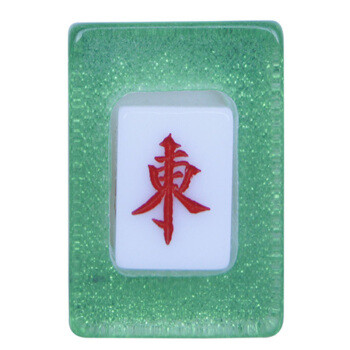 Wait a minute. Did we miss anything?
We need to design the code first!

Well, let's discuss this demand...
First of all, we assume that a magic "sandbox" has been set up, and the inside and outside of the sandbox are isolated, so the communication between the inside and outside can only be carried out through a very magical bridge, which is "agent";
When an external student needs to create an object but is subject to various constraints, he can create an identity of the object in the sandbox, and then operate through the agent of the identity to achieve the manipulation of the identity, so as to achieve the goal.
Well, there's only so much demand. Next, let's talk about design.
In the discussion above, we decided to use ClassLoader to isolate the inside and outside of the sandbox, but not directly expose the ClassLoader interface for external use?
ClassLoader can operate on the underlying classes. Although it has powerful functions, it has high complexity and is prone to problems if it is not careful. So we should encapsulate it, providing only the interfaces we expect users to use, and we think it should have these characteristics.

This is difficult for Class Loader, so we need to hide it, create a sandbox to provide services, and hide the Class Loader inside the sandbox, assuming it is called "Sandbox Class Loader".
So we have it.

Four objects.
Also, as mentioned above, our caller operates on objects in the sandbox through proxies. Do you remember why proxies are used? The essential reason for using proxy is that the classes inside and outside the sandbox belong to different Class Loaders, even though the classes with the same name are different!
Similarly, when we call through the proxy object, parameters are passed using objects outside the sandbox, and can not be directly used into the sandbox. Therefore, we also need to convert such objects.
Here we only consider the value object parameters. If you care about other object parameters, you need a similar proxy conversion. But if the value object, we just need to copy the value, without too complicated processing.
We illustrate this relationship with a picture. 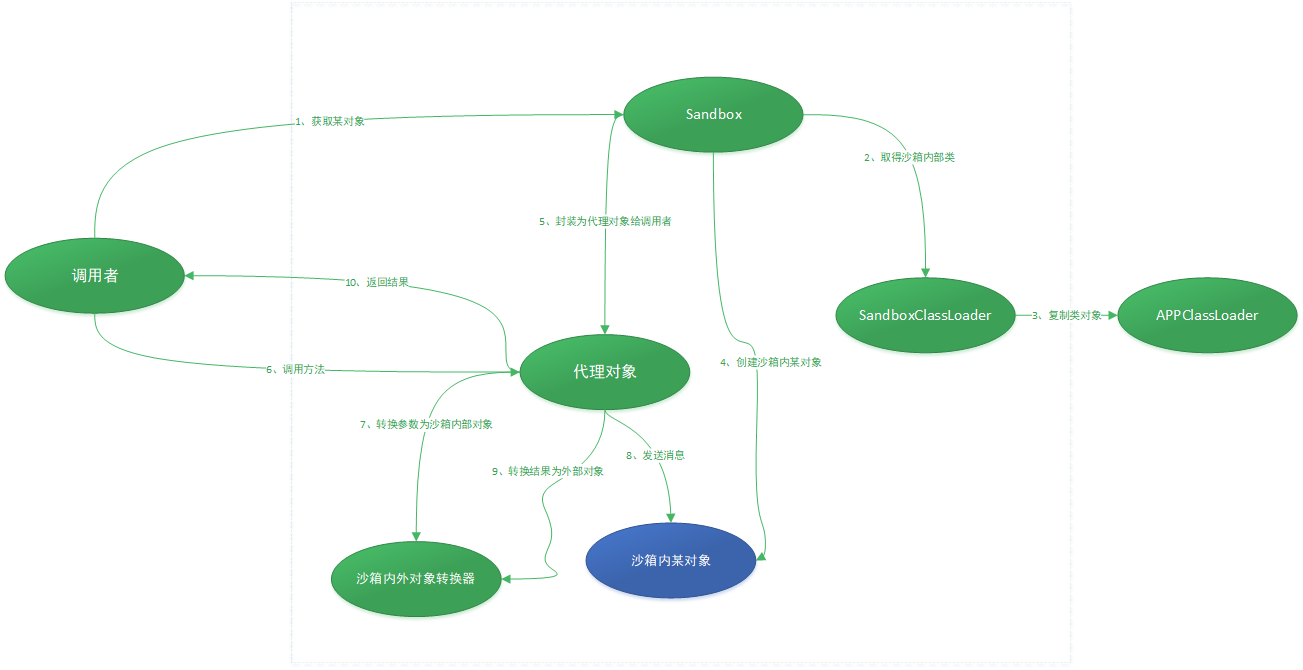 The pictures are very intuitive, so I won't repeat the explanation anymore.
Well, the basic combing should be very clear. Only the blue "object in the sandbox" in the picture belongs to the work in the sandbox, created dynamically, and the rest are outside the sandbox.
The box draws the boundary of the sandbox component. The caller and the APPClassLoader belong to the existing instances without any concern. The inner part of the component belongs to the part that needs to be implemented.
List the key classes

As you can see, Sandbox's API has become very single and simple.
In order to simplify the design, it is stipulated here that the object to be created must have a parametric constructor. If the students need to construct the object through the parametric constructor, they can expand the implementation. Welcome to do this sandbox tool together.
Why are enumerated and non-enumerated objects separated here? Are any of you clear?
The concept of enumeration refers to something that can be enumerated in a limited way. In java, enumerated objects inherit from Enum and can not be constructed by new method, but can only be selected from the enumerated values.
Objects inherit from Objects, and we are all very familiar with them.

Finally, the most important part of the code is...

Choose the key code, let's do it.

First of all, we will talk about the construction method.
Since it is a sandbox object, why should we design a constructive method?
In practice, we will consider cohesion between some classes. When one class runs in a sandbox, others suggest running in a sandbox. We have learned the principle of simplicity and know that a package is generally cohesive, so the design here is to specify some packing paths, and the sandbox will run in these packages. Object takes over.
What happens if we call sandboxes to construct classes that are not in these packages? So-called "Talk is cheap, show me the code"~~
Later, let's go on with the constructor. Haha ~~This problem is marked as Problem 1, which we will discuss later.
Sandbox ClassLoader appears here, passing getContextClassLoader() as a parameter. What is done here? Let's first look at the construction of Sandbox Class Loader

What a simple thing!
In fact, there are some design reasons: if we want to create an object, then the class definition of the object must be accessible in the current code.
Based on this consideration, we can ascertain that when users create objects in the sandbox using something like A = Sandbox. createObject (A. class), the context in which class A executes in this code must be accessible. At this time, we can get the corresponding. class resource file of class A through the ClassLoader of this context, and then. Redefining this class.
Continuing to look at the code, I reorganized the following code structure for ease of reading

The main way to create objects in Sandbox has emerged! To facilitate reading, I excluded irrelevant code, leaving only the createObject method.
T createObject(String clzName) method has no specific implementation. It only checks the parameter clzName and then transfers it to T createObject(Class clz), so this method is mainly analyzed.
In fact, the amount of code is not much (only 19 lines also include various curly braces), mainly comments, the context is as follows

Some students are concerned about how classes are copied from outside the sandbox to redefined in the sandbox, aren't they? This is the core part of Sandbox Class Loader, showing the code logic

We also have a getEnumValue method in Sandbox, which is similar in some ways and will not be repeated. Please download the code to read. 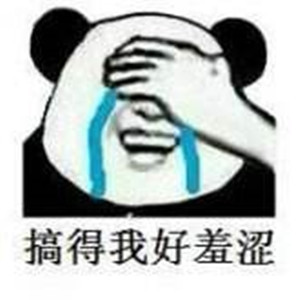 Testing is the guarantee of code quality, design, operation, etc. In short, it is the guarantee.
So we also need to pass tests to verify our "world" and see if it matches our expectations.
This can only be done by using unit tests. Code 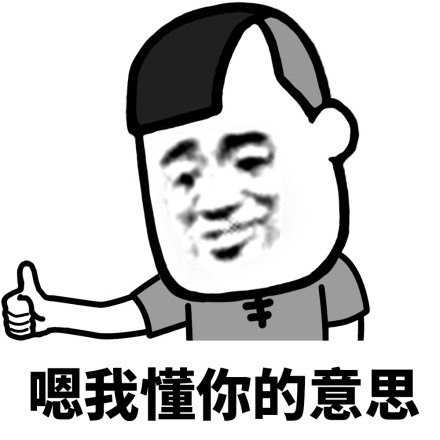