Character array, redis string is a binary security string, which can store binary data such as pictures, as well as through
Binary data compressed by tools such as messagepack or protobuffer.

The internal actual storage can adopt int, embstr and raw storage according to the data characteristics of string (use object encoding key to view). 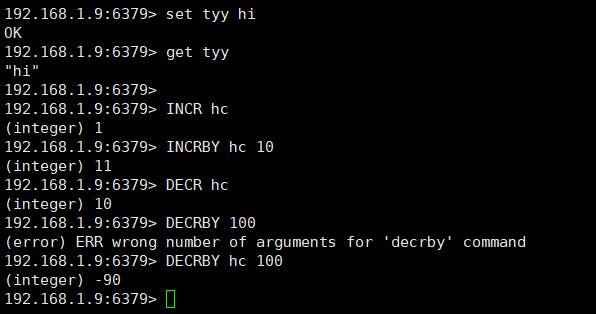 As you can see, because tyy exists, SETNX tyy 100 will not succeed, so the value returned by get tyy is still - 100.
Then delete. The deletion is very simple. You can use get tyy to see it. At this time, nil will be returned. 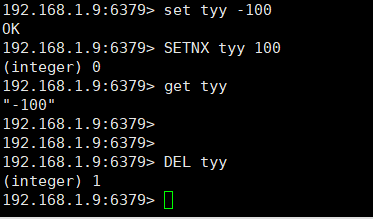 Strings can be used to store objects. At this time, the design of keys should be noted that they are generally named with "specific function: unique id describing this specific function". For example, the following: role plus its unique id. The following string is the specific object information of the key.

string incr and incrby can do some statistical information, which refers to accumulation. For example, the number of hits of wechat articles. Each time a user clicks an article to enter, we will accumulate it once, so that we can count the number of hits of articles.
Of course, you can also accumulate in memory each time. When the number of memory accumulation is 100, then use incrby to record, which can reduce the interaction between the code and the redis server, but you can't update the hits in real time. You can deal with it according to the actual scene.

Or Alipay's pace is the same.

For example, in the figure above, if four processes, that is, four clusters, access a resource in the same redis server at the same time, we need a lock to restrict it. If a process is accessing this resource, other processes cannot access it at this time. We can only try to access it after the process has accessed it. This lock is called distributed lock, which is the same as the common mutex lock.
Characteristics of distributed locks (understood according to mutual exclusion):

We can use setnx to implement this distributed lock.
For example, the following figure:

However, the following figure is just a simple simulation of distributed locks. Distributed locks in actual development will be more difficult and complex than this. 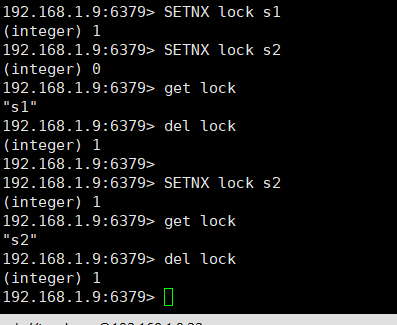 For example, use bit operation to process monthly check-in function. 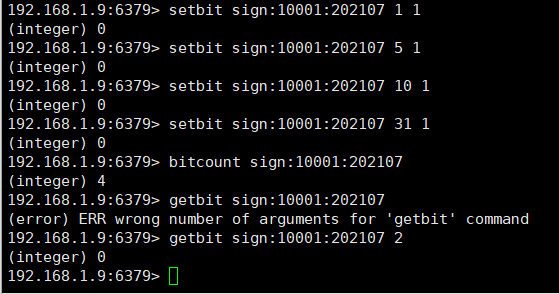