After the host data is updated, it is automatically synchronized to the Master / Slave mechanism of the standby machine according to the configuration and policy. The Master is mainly write and the Slave is mainly read 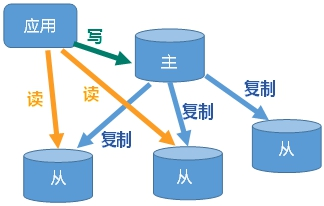 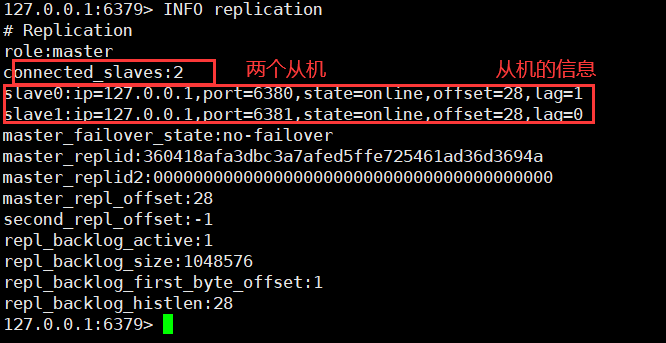 Copy the contents of the host in full from the opportunity, and K1, K2, K3 and K4 will be copied

The slave is only readable, not writable

After the host is shut down, the slave is on standby, waiting for the host to restart, and everything returns to normal

It can be copied, because after the host restarts, as before, the content written by the host will be synchronized to the slave

After the slave machine is down, it will be separated from the large force. If you restart and want to synchronize the host content, you need to re execute the command

When a Master goes down, the subsequent slave can be immediately upgraded to master without any modification.

Change slave to master with slave of no one

The anti guest based automatic version can monitor whether the host fails in the background. If it fails, it will automatically convert from the library to the main library according to the number of votes

Since all write operations are performed on the Master first and then synchronously updated to the Slave, there is a certain delay in synchronizing from the Master to the Slave machine. When the system is very busy, the delay problem will become more serious, and the increase in the number of Slave machines will also make this problem more serious. 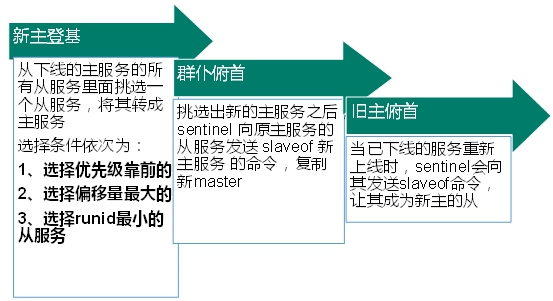 The priority is redis Conf defaults to slave priority 100. The smaller the value, the higher the priority

After each redis instance is started, a 40 bit runid will be randomly generated

The Jedis object is obtained using this method

1. How can redis expand if the capacity is insufficient?

3. In addition, the master-slave mode, firewood transmission mode and host downtime lead to changes in the ip address. The configuration in the application needs to modify the corresponding host address, port and other information.

Previously, it was solved through the proxy host, but redis3 Solutions are available in 0. That is, decentralized cluster configuration.

The Redis cluster realizes the horizontal expansion of Redis, that is, start n Redis nodes, distribute and store the whole database in these n nodes, and each node stores 1/N of the total data.

Redis cluster provides a certain degree of availability through partition: even if some nodes in the cluster fail or cannot communicate, the cluster can continue to process command requests.

Cluster node timeout 15000 sets the node loss time. After that time (MS), the cluster will automatically switch between master and slave. 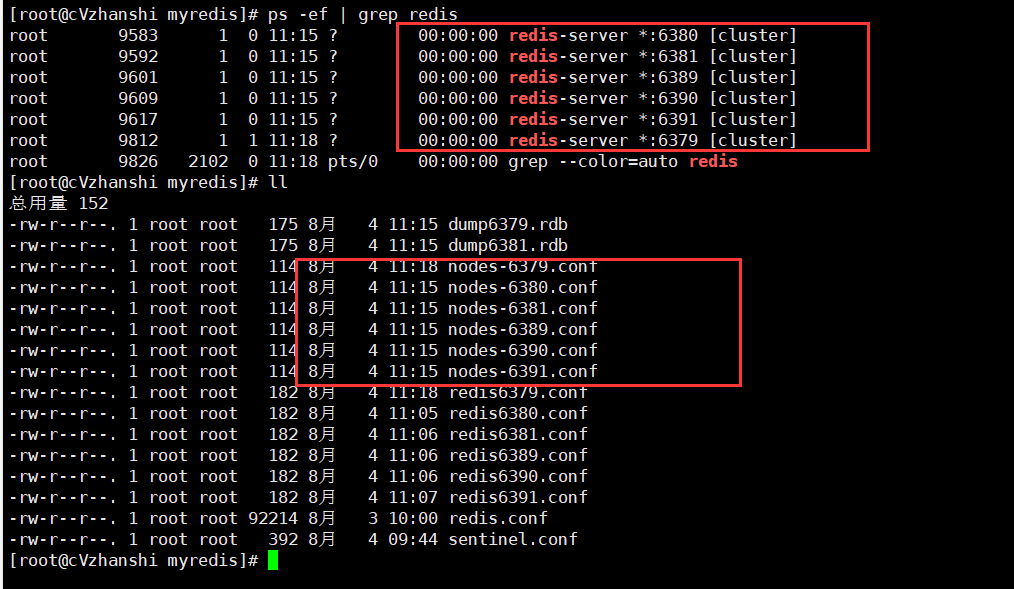 Before combining, make sure that after all redis instances are started, nodes XXXX Conf files are generated normally

Go to the src directory of redis first

-- replicas 1 configures the cluster in the simplest way, one host and one slave, exactly three groups. 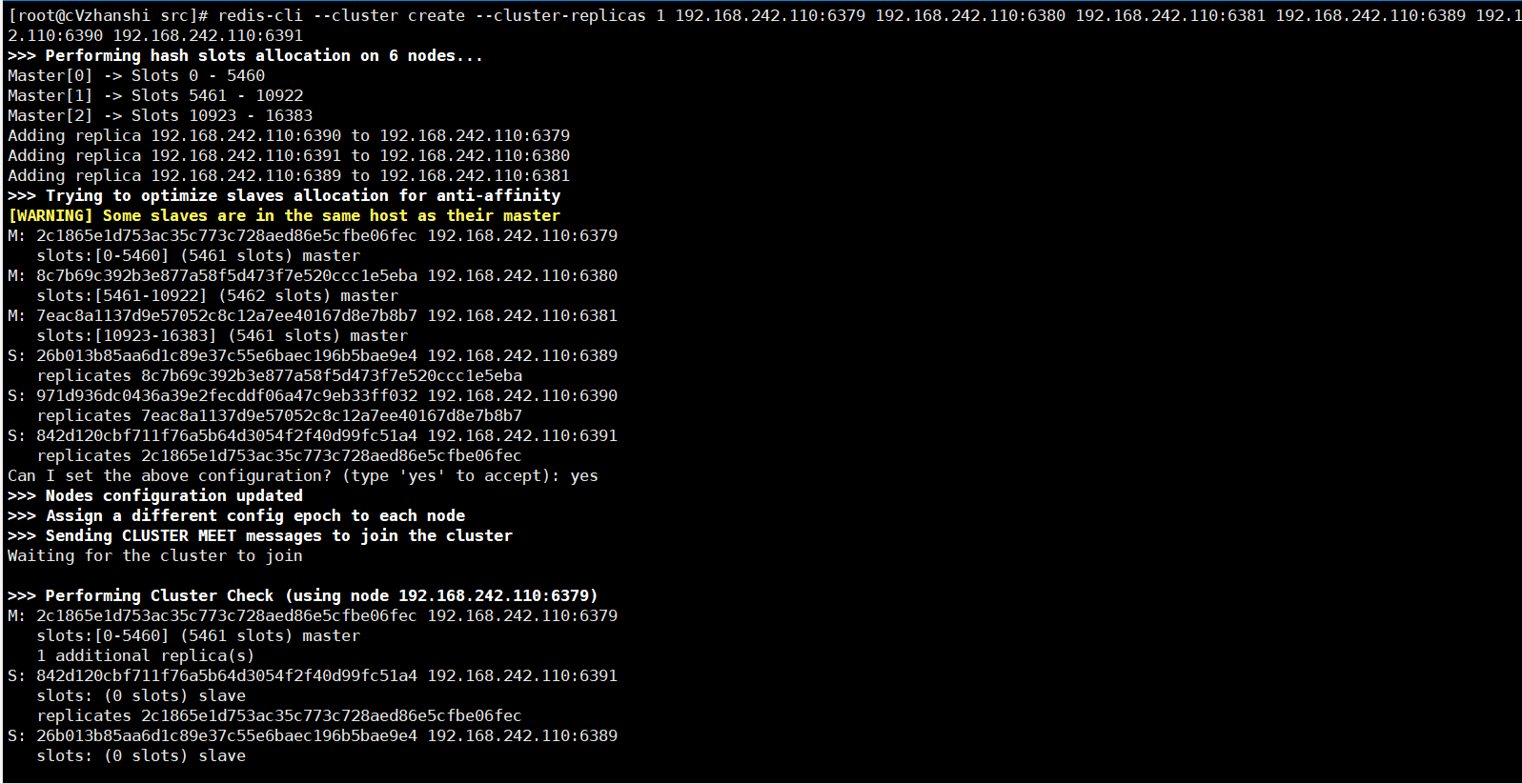 A cluster must have at least three primary nodes.

The option -- cluster replicas 1 indicates that we want to create a slave node for each master node in the cluster.

After running the integration cluster command, "[OK] All 16384 slots covered" will appear

Note: a Redis cluster contains 16384 hash slot s. Each key in the database belongs to one of the 16384 slots. The cluster uses the formula CRC16(key)% 16384 to calculate which slot the key belongs to The CRC16(key) statement is used to calculate the CRC16 checksum of the key.

Each node in the cluster is responsible for processing a portion of the slots. For example, if a cluster can have a master node, where:

Note: when using mset to set multiple values at the same time, you need to put these keys in the same group, otherwise an error will be reported. You can define the concept of group through {}, so that the key value pairs with the same content in {} in the key can be placed in a slot

If all the master and slave nodes in a slot are down, can the redis service continue?

If the master and slave of a slot hang up and the cluster require full coverage is yes, then the whole cluster hangs up

If the master and slave of a slot hang up and the cluster require full coverage is no, the data of the slot cannot be used or stored.

Even if the host is not connected, the cluster will automatically switch the host storage. Host write, slave read.

No centralized master-slave cluster. Data written from any host can be read from other hosts.