Recommended java3y: https://mp.weixin.qq.com/s/SdE6MR9g-v93ZtJPme9e8Q
1: What is Redis?
Redis is a memory cache database. The full name of redis is: remote dictionary server (remote data service), which is written in C language. Redis is a key value storage system (key value storage system), which supports rich data types, such as String, list, set, zset and hash.
Redis is a storage system that supports multiple data structures such as key value. It can be used for caching, event publishing or subscription, high-speed queue and other scenarios. Written in C language, it supports network, provides string, hash, list, queue and collection structure, direct access, memory based and persistent.

2. redis is single threaded, which saves a lot of time for context switching threads
2.1: the performance consumption of various locks is not required
Redis's data structures are not all simple key values, but also complex structures such as list and hash. These structures may carry out very fine-grained operations, such as adding an element after a long list and adding or deleting an element in the hash

An object. These operations may require a lot of locks, resulting in a significant increase in synchronization overhead.
In the case of single thread, there is no need to consider the problems of various locks. There is no operation of adding and releasing locks, and there is no performance consumption caused by possible deadlock.

2.2: single thread multi process cluster scheme
In fact, the power of single thread is very powerful, and the efficiency of each core is also very high. Multi thread can naturally have a higher performance limit than single thread. However, in today's computing environment, even the upper limit of single machine multi thread often can not meet the needs. What needs to be further explored is the scheme of multi server clustering, Multithreading technology in these schemes is still useless.

2.4: what if the CPU becomes a Redis bottleneck or does not want other CPU cores of the server to be idle
Several redis processes can be considered. Redis is a key value database, not a relational database, and there are no constraints between data. As long as the client can distinguish which keys are placed on which redis process.

3. redis uses multiplexing technology to handle concurrent connections.
The internal implementation of non blocking io adopts epoll, which adopts the simple event framework implemented by epoll + itself. The read, write, close and connection in epoll are converted into events, and then the multiplexing characteristics of epoll are used to never waste any time on io.

2. Disadvantages of single process and single thread
The performance of multi-core CPU cannot be brought into play, but it can be improved by opening multiple Redis instances on a single machine;

String: the simplest string type key value pair cache, which is also the most basic

keys *: view all key s (not recommended for production, with performance impact)

type key: the type of key

In addition, when the last element pops up in the list, the data structure is automatically deleted and the memory is recycled.

list can also be regarded as a queue, so redis can be used as a message queue in many cases. At this time, its function is similar to activeMq;

1: hash introduction
Similar to map, it stores structured data structures, such as storing an object (no nested objects).
Redis hash is a mapping table of field and value of string type. Hash is especially suitable for storing objects.
Each hash in Redis can store 232 - 1 key value pairs (more than 4 billion).

2: hash usage scenario
Generally, objects are stored in string + json, and some frequently changing attributes in objects are extracted and stored in hash.

For example, attributes that may change frequently, such as commodity price, sales volume, number of concerns and number of evaluations, are suitable for storage in hash type.

1: Set set introduction
Redis Set is an unordered Set of String type. Collection members are unique, which means that duplicate data cannot appear in the collection.

The code of the collection object can be intset or hashtable.

The collection in Redis is realized through hash table, so the complexity of adding, deleting and searching is O(1).

The difference is that each element is associated with a score of type double. redis sorts the members of the collection from small to large through scores.

Members of an ordered set are unique, but scores can be repeated.

The set is implemented through hash table, so the complexity of adding, deleting and searching is O(1). The largest number of members in the collection is 232 - 1 (4294967295, each collection can store more than 4 billion members). 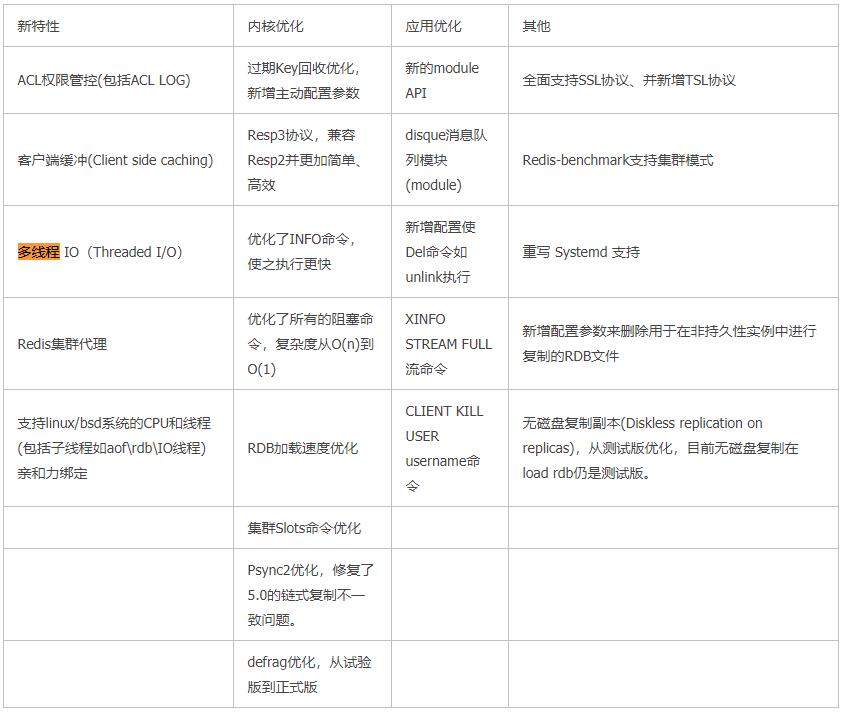