The book provides three ways of docker, source code and direct installation. I've played the other two ways. Now I'll talk about source code installation
The book looks like version 2.8, but now it's version 6.0, so I execute slightly different orders from the book
The new features of 6.0 haven't been understood yet. It seems that multithreading and ACL have been added

There are five kinds mentioned in the book, which should be the old version

Redis string is a dynamic string The implementation of the internal structure is similar to the Java ArrayList, which uses the method of pre allocation of redundant space to reduce the frequent allocation of memory

If so, it's not known whether Redis can set the value capacity in advance to further reduce redistribution

The maximum length of string is 512MB

These instructions are also applicable to other data structures

It can be seen from the above example that if key and value are enclosed by double quotes, and there is no double quotes, it is an effect. If the double quotes do not match or other positions appear, it is illegal

The SET command supports a set of options that modify its behavior:

Note: Since the SET command options can replace SETNX, SETEX, PSETEX, it is possible that in future versions of Redis these three commands will be deprecated and finally removed.

According to the instructions on the official website, which setnx, setex and psetex should not be used later

Generally, the lock is acquired first, and then the modification time is determined according to the result. Now these can be completed by one instruction without any transaction

This problem is not considered in spring's solution. The solution of the old version of spring is attached here

The lockClientId above is a uuid that needs to be noted down
The new version of spring adopts the syntax of set ex nx. The key code is as follows

Notice that nx is in front of ex, and it's OK

Official website description
To determine whether there is a key, you can connect n keys later, and then return the number of existing keys. For the most common case (version before 3.0), the following is an official example to help you understand

This order may be a lot, but Official website There are still many operations mentioned above

Even running instances will always check the computer clock, so for instance if you set a key with a time to live of 1000 seconds, and then set your computer time 2000 seconds in the future, the key will be expired immediately, instead of lasting for 1000 seconds.

According to the official documents, many operations (but not all) on the key will not change the expiration time, so it is not like the Session in Web development that can be automatically postponed. For specific instructions, I suggest you go to the official website when you use them

Most people know that there are two strategies: passive and active. Passive ensures that overdue data will not be read, while active, in order to save space, provides a social proactive algorithm. The process is as follows

Specifically this is what Redis does 10 times per second:

It can be seen that this algorithm makes a balance between garbage collection consumption and memory usage, and makes a statistical assumption

First of all, because both Master and Replica have expiration time, even if Replica does not wait for the Master's DEL instruction, it will not return the expired key. Second, this ensures that the new Master can continue to DEL the expired key after the Master hangs up

Redis's list is equivalent to LinkedList in Java language

redis has made some internal optimizations. When there is less data stored, it tends to use ziplist. In addition, when the two will be combined, I will talk more about it later

When xpush is used, you can connect multiple parameters, push them in turn, and generally use r first

See what the name means. See the official website for details

The book also introduces that list can also be used as a simple MQ,
It should be noted that consumers need to sleep when pop can't get poems, so as to reduce CPU consumption of themselves and Redis at the same time
A better solution is to use blpop brpop, where b means blocking, but there is still a pit here, even if the Redis server may break the link for a long time of idle

This is a set with sorting. The sorting rule is score. Correspondingly, there will be various operations starting with z, which are commonly used here

Output in ascending and descending order respectively. Generally, 0-1 is followed to indicate output from the 0th to the last 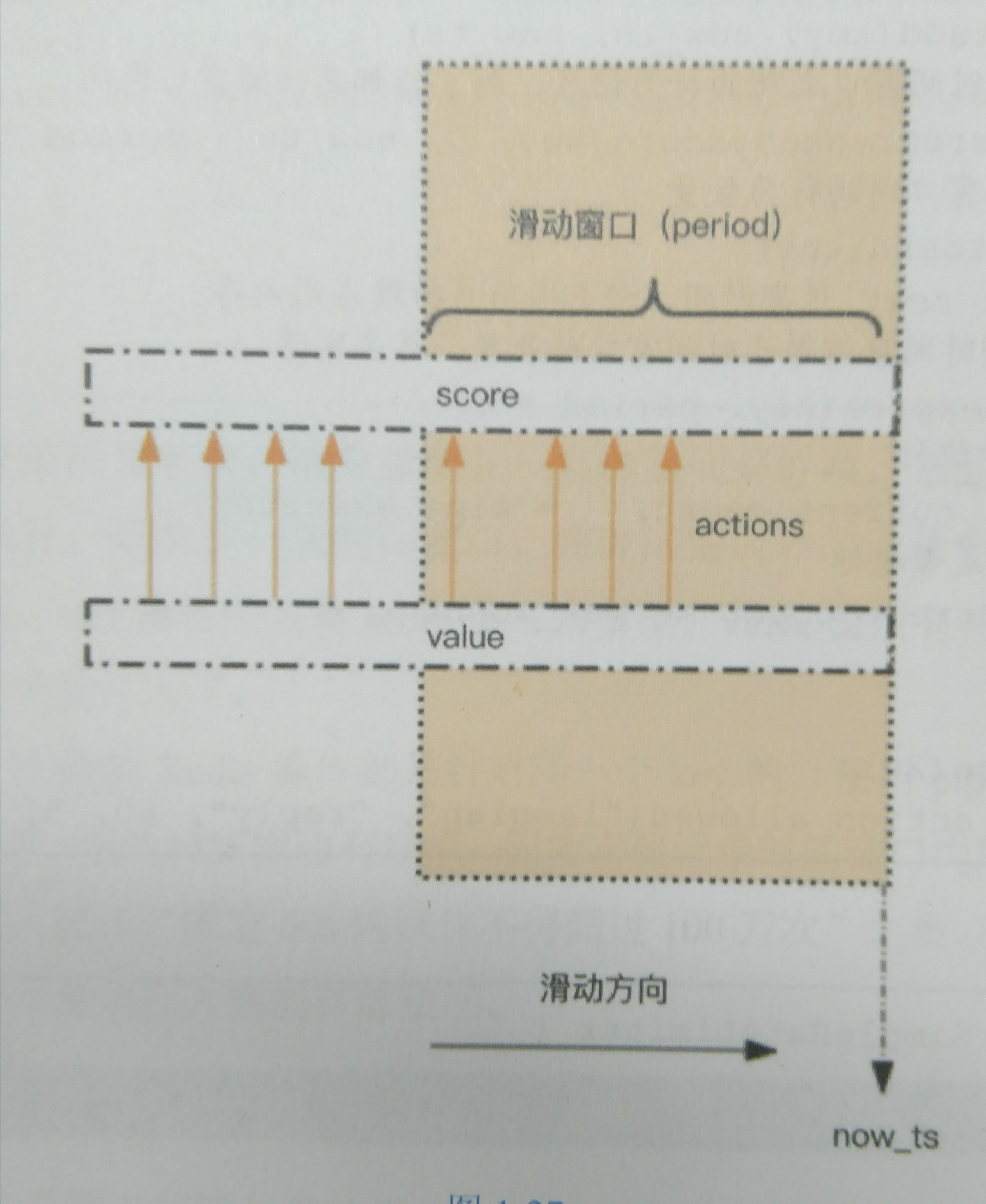 It can be seen that if continuous operation is carried out, even if the operation is not successful due to current limiting, it will also have a negative impact on the later operation

This data structure involves three instructions beginning with pf (pf means its inventor Philippe Flajolet): pfadd,pfcount,pfmerge In which, pfcount can follow multiple key s, which is equivalent to first merging them to get the number

I'm surprised that the instructions at the beginning of BF are not supported by the official native. I don't support them after using the source code installation. I'll continue to study them later bf.reserve To control errors_ Rate, you can write it down
In a nutshell, here is the diagram in the book

There is no doubt that this involves some data at the beginning of geo. It should be mentioned that the zrem instruction of zset is used for deletion
Another problem is that for the key of geo, the value is often very large, and there will be a jam during migration in the cluster mode, so it is recommended to deploy separately

scan provides the function of searching, but it doesn't block like keys and supports paging. However, there is a special feature here that the number of returned pieces is not accurate, especially if the return set is empty, it doesn't mean there is no subsequent data. Because its limit is actually the number of specified slot s rather than the number of records. In addition, it uses high-order addition (corresponding, Ordinary addition can be understood as low order addition), as shown in the figure

Because Redis adopts progressive rehash, it needs to go to the old and new slots to find

The above i parameter refers to sleeping for 0.1s every scan100 to avoid ops surge triggering operation and maintenance monitoring alarm, which will be slower, so it can also be removed