When explaining the configuration file, we noticed a replication module (see article 8 in Redis.conf)

View the information of the current library: info replication

One master and two slave configuration

==By default, each Redis server is the master node== In general, we only need to configure the slave!

Use SLAVEOF host port to configure the host for the slave.

Then the status of the slave can also be seen on the host:

Here we use commands to build, which is temporary, = = in real development, it should be configured in the configuration file of the slave, = = in this case, it is permanent.

If there is no boss, can you choose a boss at this time? Manual!

If the host is disconnected, we can use SLAVEOF no one to turn ourselves into a host! Other nodes can be manually connected to the latest master node (manual)! If the boss fixes it at this time, reconnect it for so long!

The method of master-slave switching technology is: when the master server is down, a slave server needs to be manually switched to the master server, which requires manual intervention, which is laborious and laborious, and the service will not be available for a period of time. This is not a recommended way. More often, we give priority to sentinel mode.

The role of sentinels:

The core configuration of sentry

At this time, the sentry is monitoring our host 6379. When we disconnect the host: 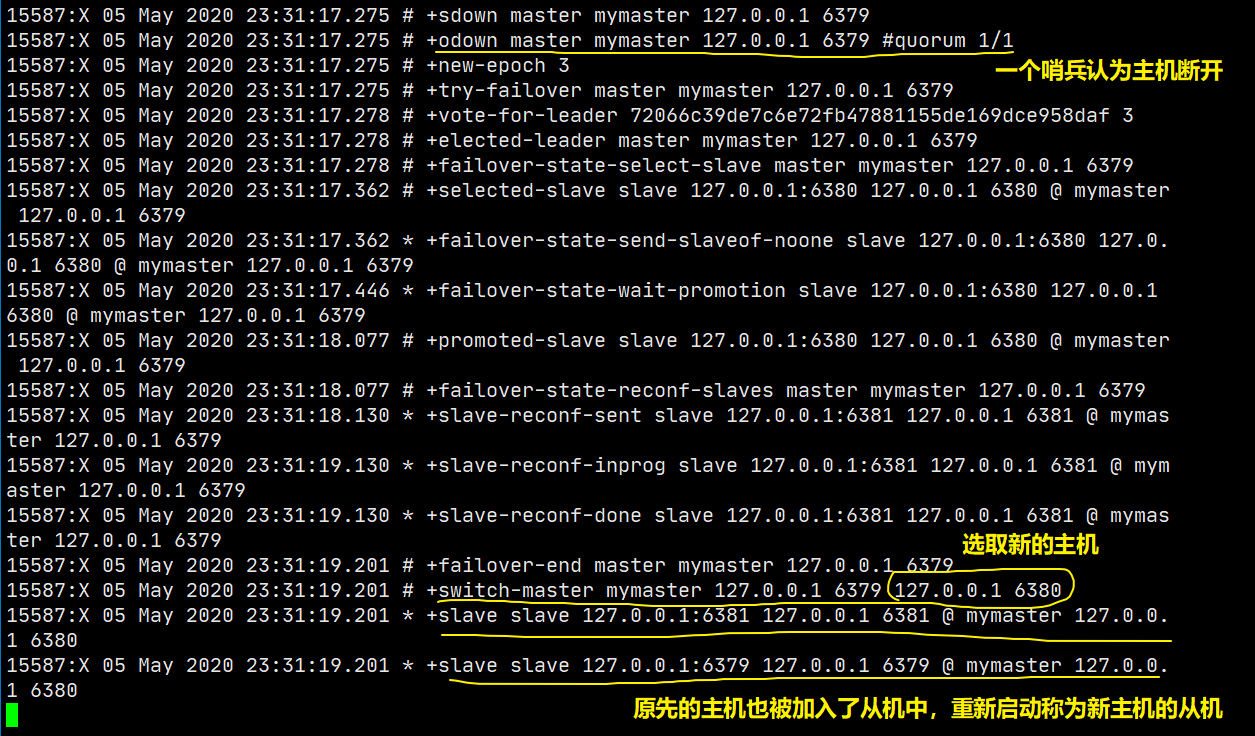 Advantages and disadvantages of sentinel mode