✨ Writing style of [one heart students]: I like to explain every knowledge point in [easy to understand] writing, rather than using [tall and tall] official statement.

✨ If there is [xiaocute] who is interested in [back-end technology], please pay attention to [one heart students] 💞💞💞

6, Advantages and disadvantages of sentinel mode

In the master-slave replication mode, we can find that the system does not have the function of automatic recovery, so when the master server goes down, we need to manually switch a slave server to the master server. In this process, not only human intervention is required, but also the server will be unavailable for a period of time, and the data security can not be guaranteed. Therefore, the availability of master-slave mode is low and is not suitable for online production environment.

Redis officially recommends a highly available scheme, namely Redis Sentinel sentinel mode, which makes up for the deficiency of master-slave mode. Sentinel obtains whether the working state of the host is normal through monitoring. When the host fails, sentinel will automatically Failover (i.e. Failover) and promote the monitored slave to the master server, so as to ensure the high availability of the system.

Sentinel mode is a special mode. Redis provides it with exclusive sentinel commands. It is an independent process and can run independently. The basic principle is that the Sentry can monitor multiple running redis instances by sending commands and waiting for the response of redis server.

Next, Sentinel is used to build the Redis cluster. The basic structure diagram is as follows: 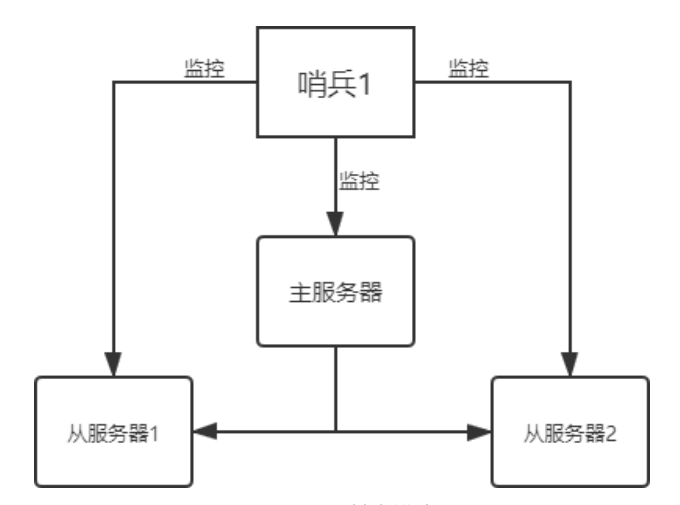 In the process of the above figure, sentinels mainly play two important roles:

🚀 First: the sentinel node will send a PING command to each Redis node once per second, and judge its operation status through the reply of the Redis node.

In the actual production situation, sentinel is the high availability guarantee of the cluster. In order to avoid accidents at a sentinel node, it is generally composed of 3 ~ 5 nodes, and each sentinel will monitor each other. In this way, even if individual nodes are connected, the cluster can still operate normally.

Its structure diagram is as follows: 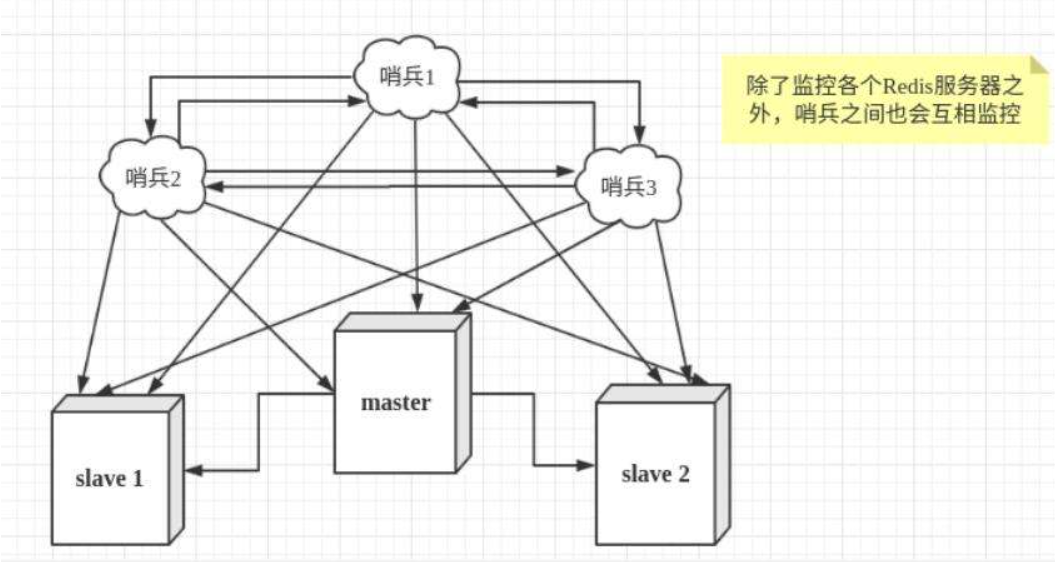 In voting, all sentinel nodes will elect sentinel 1 as the leading node to perform Failover operation according to the principle of who finds and who handles it through the voting mechanism. Sentinel1 node selects one of the best slave nodes as the master server according to certain rules, and then notifies the other slave nodes to change the configuration file through the publish and subscribe function to follow the new master server. So far, the master-slave switching operation is completed.

< master name >: the name of the server, which can be customized. 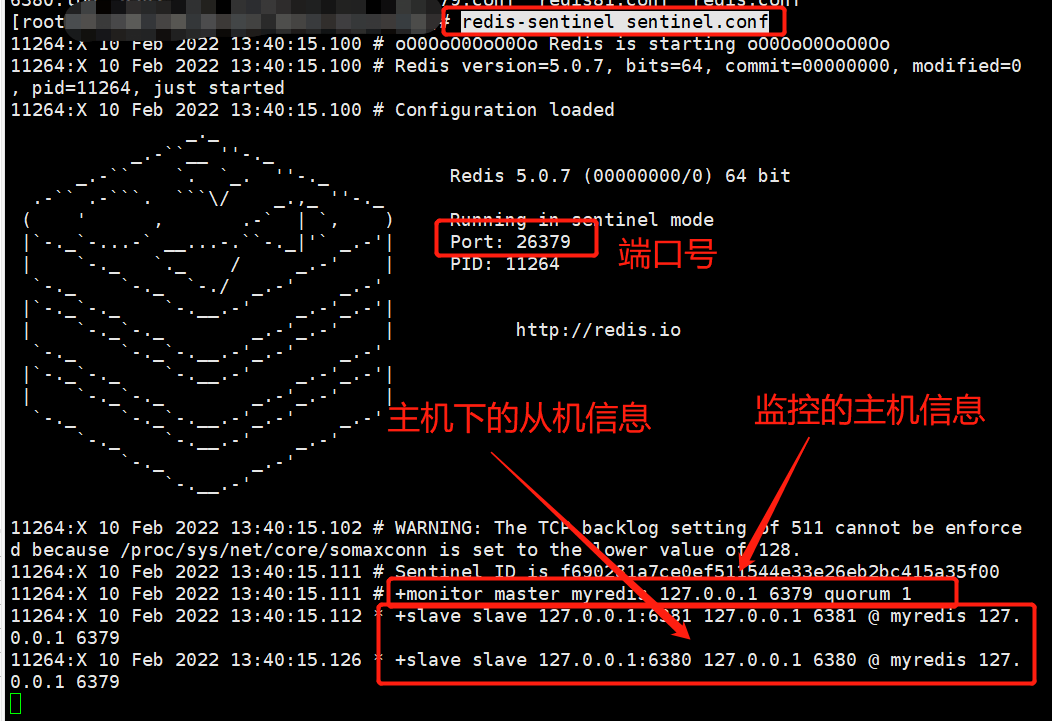 Terminate the redis service of the master:

Then we went to check the sentry's log and found that our 6379 host was down, and after a while, we promoted our slave 6381 to the host through election! 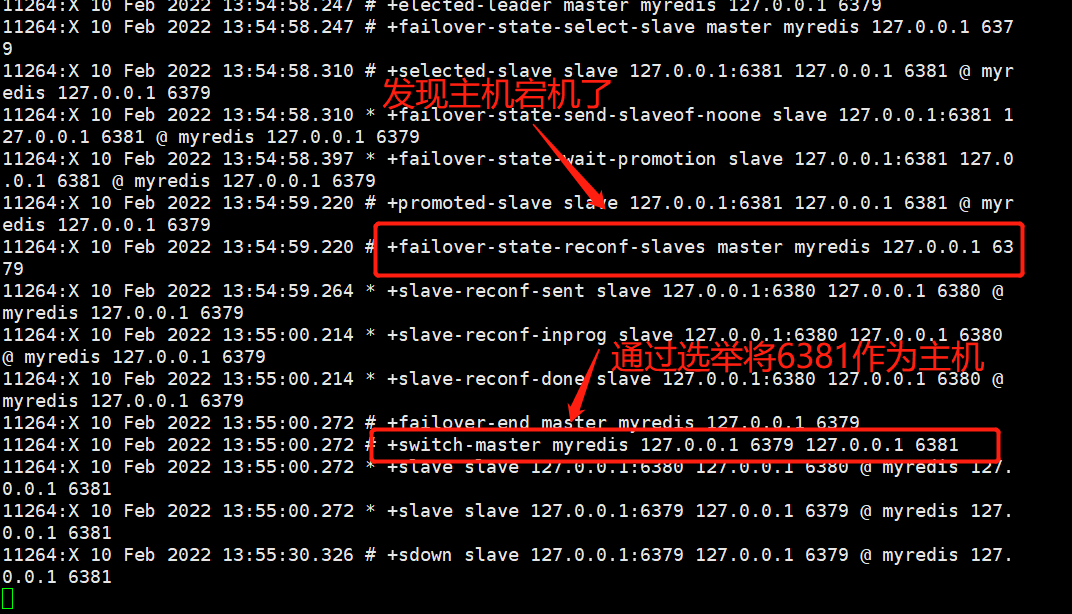 We entered the client of 6381 to check its master-slave relationship, found that it has successfully become a master, and said that it has a slave 6380:

And our sentinel The conf configuration file has also changed: 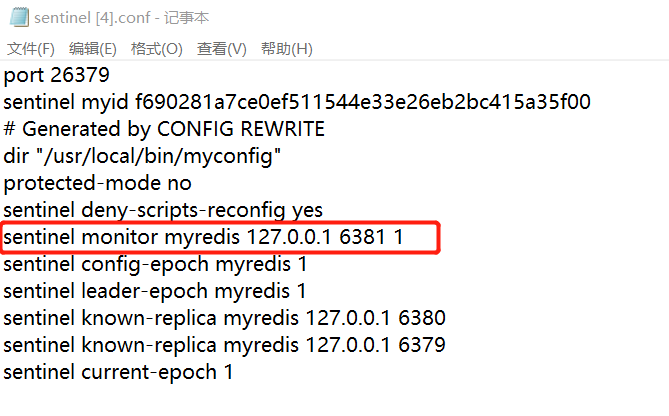 If our original host 6379 comes back, it can only be merged into the new host as a slave.

Check the master-slave relationship of 6379 and find that it has indeed become a slave: 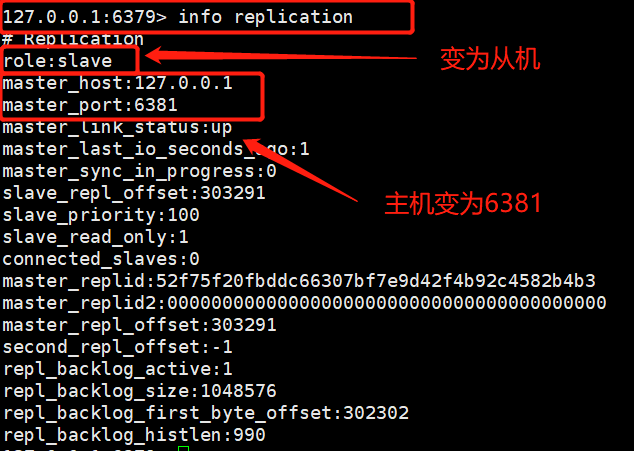 Since < quorum > is set to 2, only when both sentinels find that the host is down will the rewrite election be conducted.

Note: if you want to stop sentinel mode, you only need to: Ctrl+C to stop.

The detailed usage is as follows:

6, Advantages and disadvantages of sentinel mode

1. Sentinel cluster, based on master-slave replication mode, has all the advantages of master-slave configuration.
2. Master slave switchable, failover, high availability system.
3. Sentinel mode is the upgrade of master-slave mode. It is more robust from manual to automatic.

1. Redis is not easy to expand online. Once the cluster capacity reaches the upper limit, online expansion will be very troublesome.
2. The configuration of sentinel mode is cumbersome.

The above is the explanation of [sentinel mode] in [Redis cluster] sorted out by [one heart students]. Compared with [master-slave mode], if the [host goes down], we no longer need to configure it manually, which greatly improves our [development efficiency]!

If this [article] is helpful to you, I hope I can praise [one heart classmate] 👍， It's not easy to create. Compared with the official statement, I prefer to use [easy to understand] to explain every knowledge point. If there are cute people who are interested in [back-end technology], they are also welcome to pay attention ❤️❤️❤️ [one heart students] ❤️❤️❤️， I will bring you great [harvest and surprise] 💕💕!