Resolve the memory layout of struct

Resolve the memory layout of struct

Struct is like an object in java, it is a contiguous space in memory. In java, the reference of an object is actually the starting point of the object's memory address in heap memory. When accessing the Nth object, it is the location of the access (starting address + address offset of the Nth object). Similarly in go, the size of go struct is determined by the property in struct. For example:

You can see the output: 3, which means that an a object takes up 3 bytes of memory, and the memory structure is as follows:

Looking at the figure above, at this time the cpu word length is 1 byte, then accessing the y object requires the cpu to interact with memory twice
So after memory alignment in go, the memory structure is as follows:

The yellow part is the memory alignment part, so when accessing property y, the cpu only needs to read the memory once.

The rules are as follows:

The memory structure at this time is as follows: 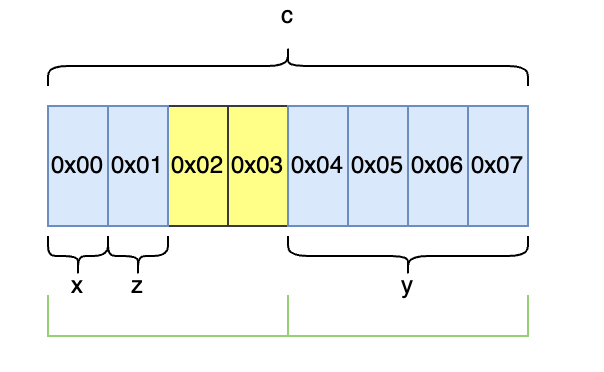 So this example shows that a reasonable arrangement of the position of attributes in an object can reduce the size of the object's memory.

On this basis, you can infer the unsafe of nested structures and slices, arrays. Sizeof, unsafe.Aligniof size, to practice 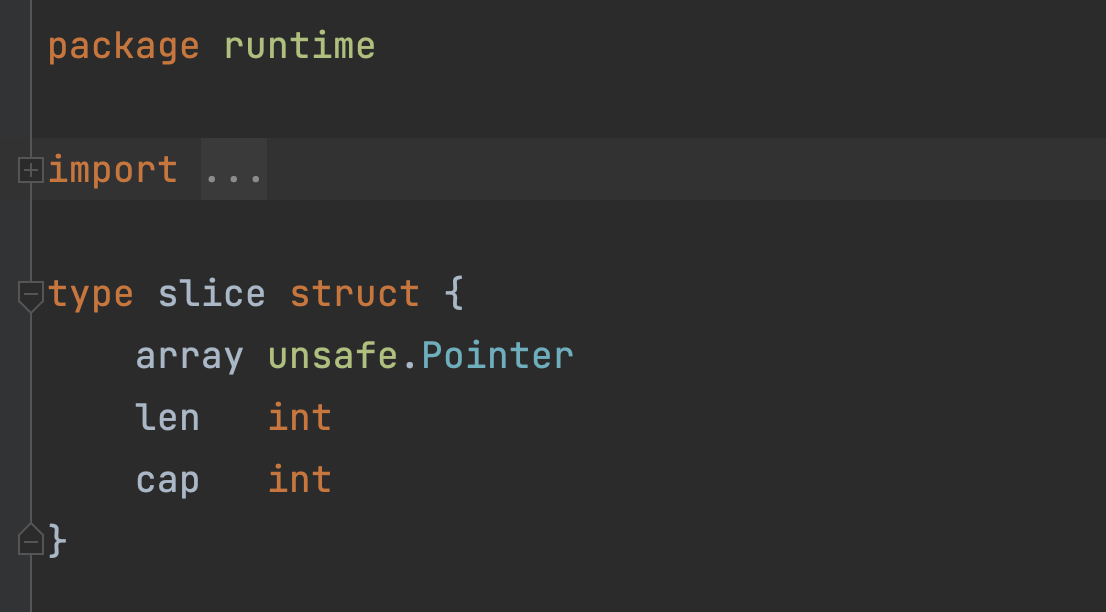 len and cap take up 8 bytes on 64-bit cpu, array is a pointer to the underlying array and also takes up 8 bytes, so it adds up to 24 bytes.