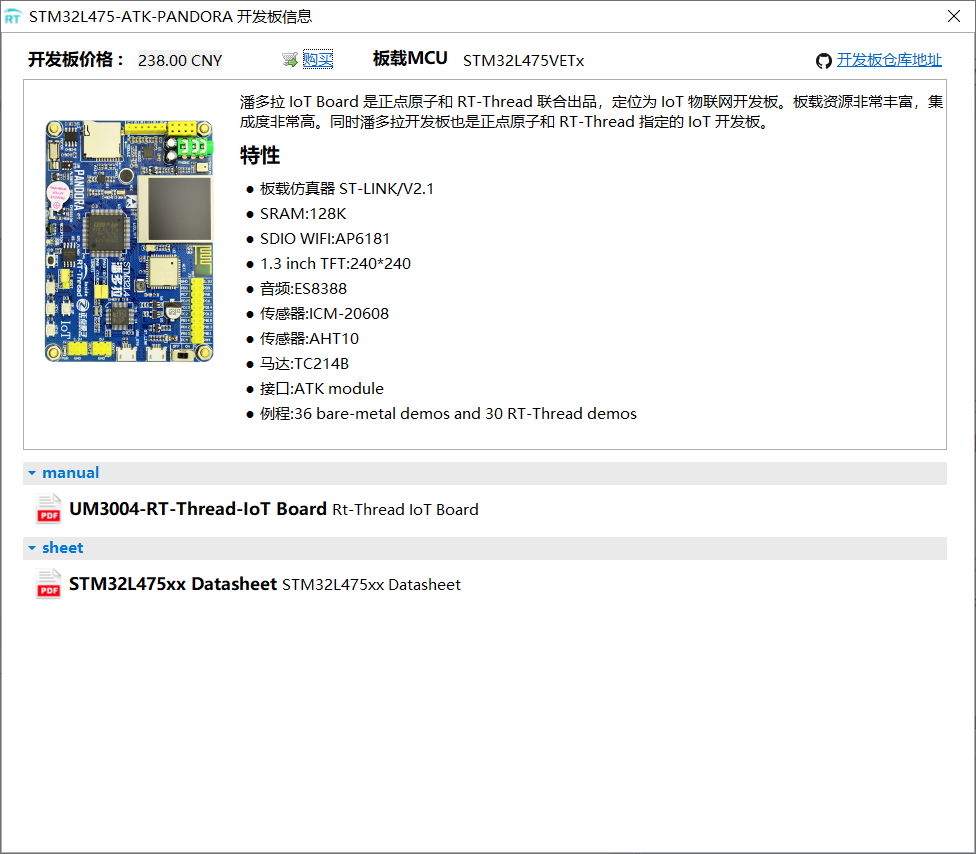 After the relevant configuration is completed, you can directly click "finish", and a basic engineering framework is formed: 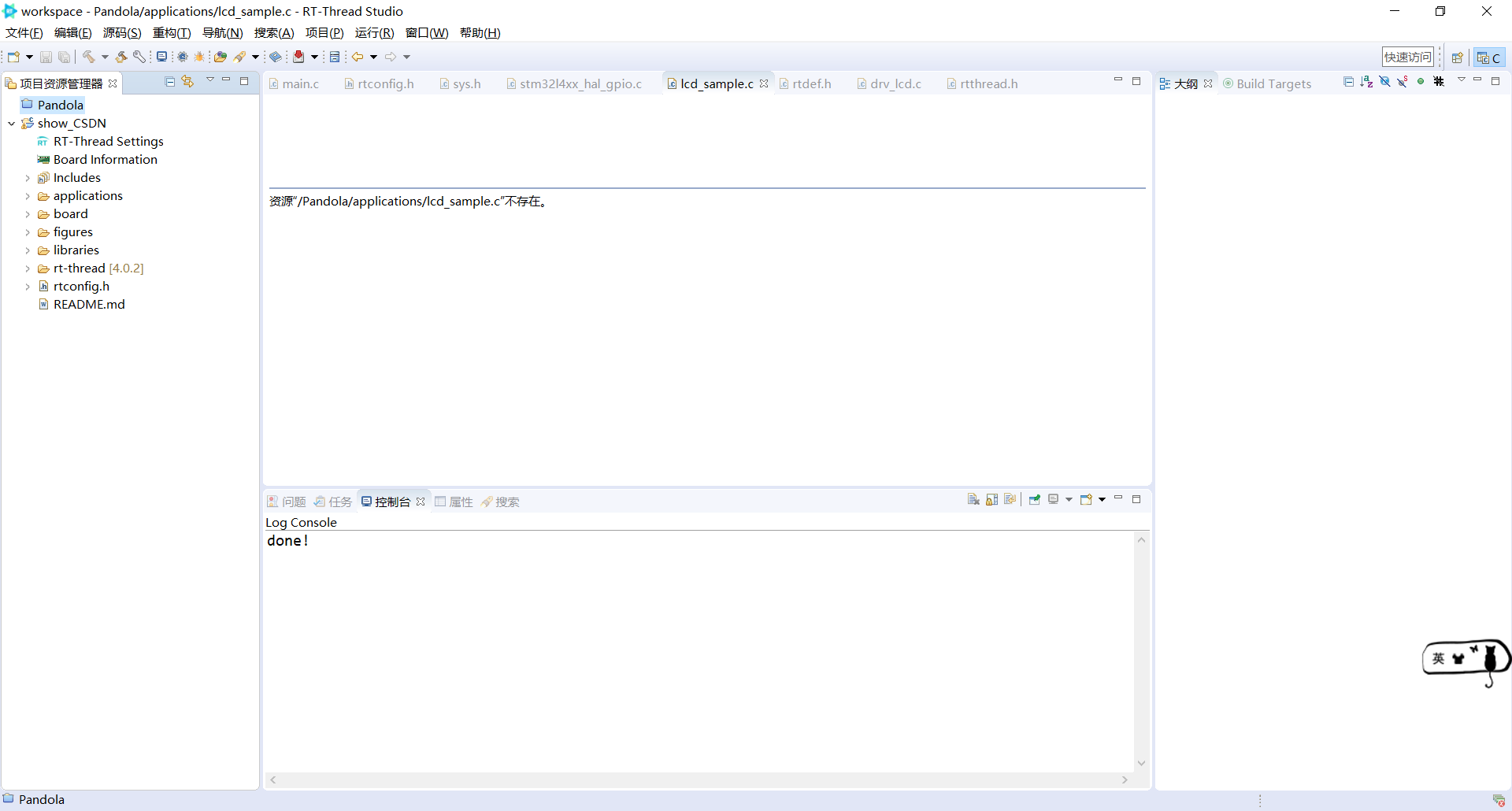 There is not much to explain the functions of each folder here. The official reference document of RT thread has a very detailed description, and the address is attached here:
Address 1 (Official Document Center): https://www.rt-thread.org/document/site/rtthread-studio/nav/
Address 2 (Studio official website): https://www.rt-thread.org/page/studio.html
Note: because of the convenience of Studio, it is strongly recommended that the basic functions of the whole project be improved in Studio, including the use of various software packages, SPI, I2C and other configurations. In addition, here are your own pit stepping records in I2C: https://club.rt-thread.org/ask/question/428711.html
The above pit stepping record is encountered in I2C. If it is solved, friends can ignore it; 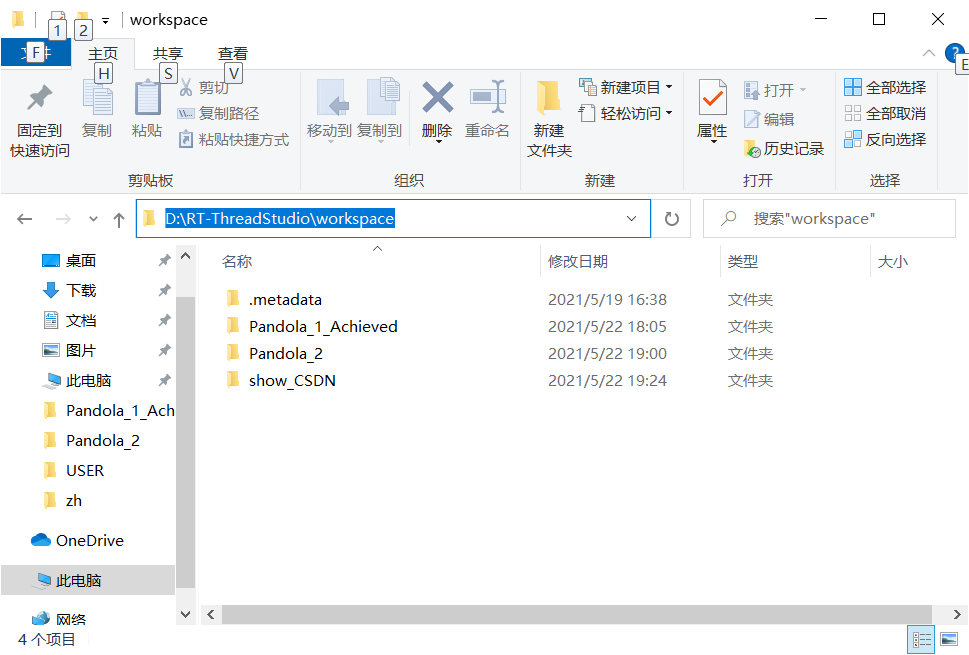 If you don't like the detailed development of the project, you can skip the step of developing the interface in MDK Studio. If you don't like it, you can continue to use it directly.
As shown in the above figure, all projects generated by Studio are located in the workspace folder. If you want to generate MDK projects, you need to enter the project directory, that is, the path in the following figure: 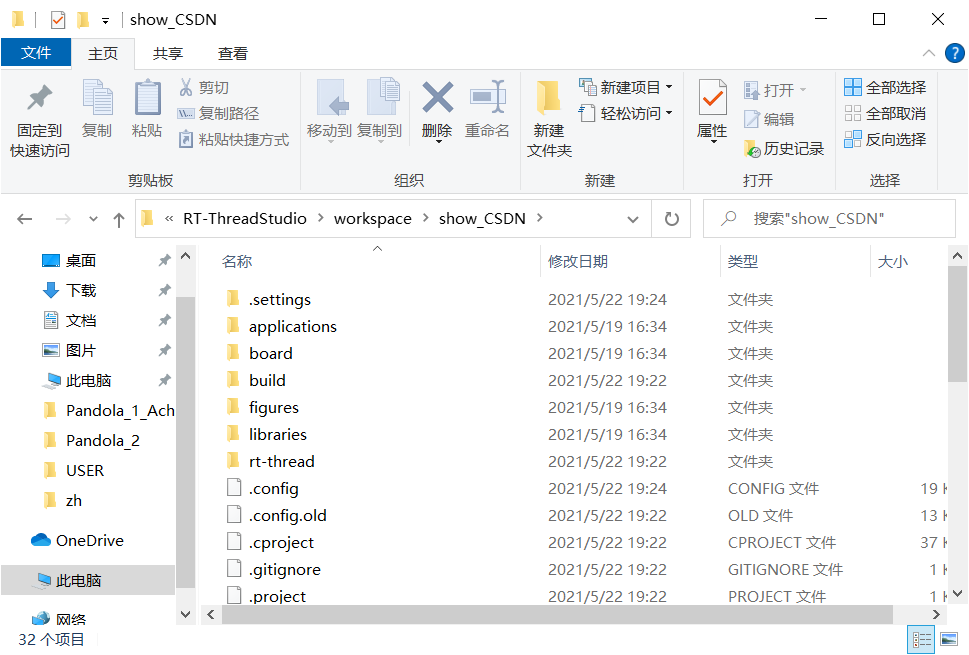 Then use the installed ENV tool to compile the whole project first: 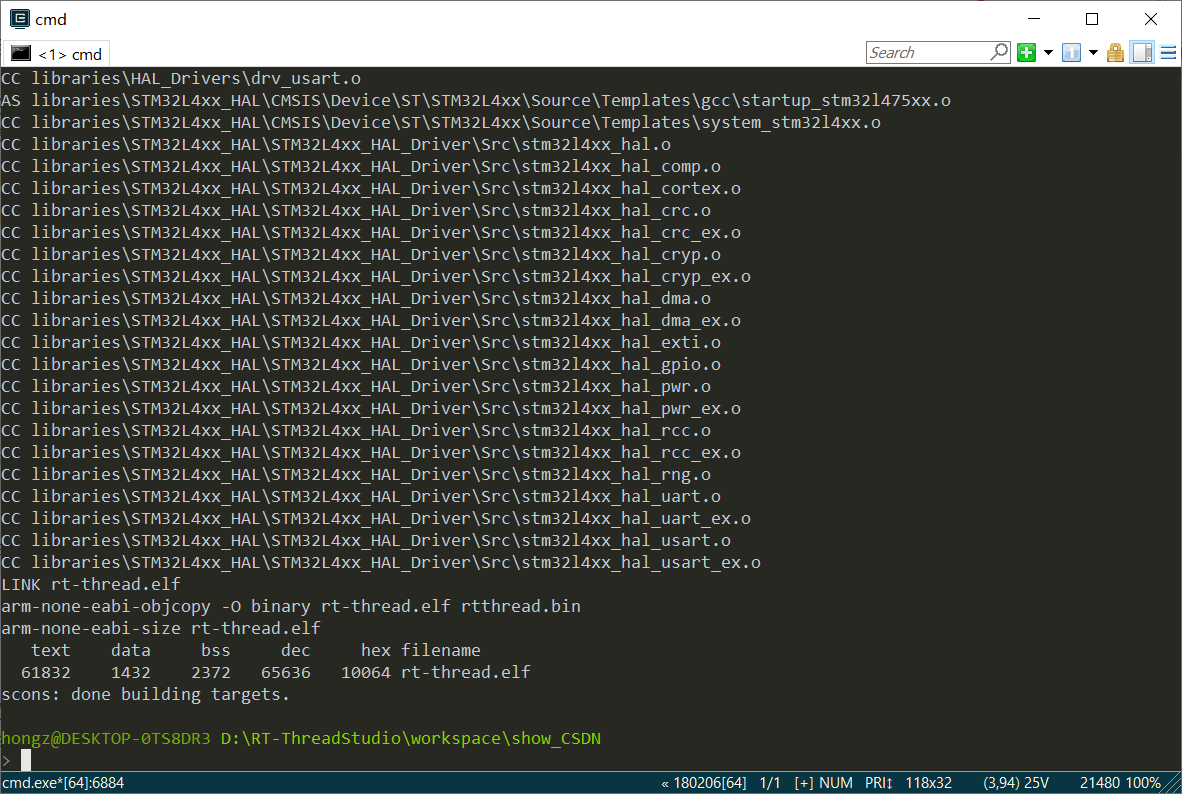 3, Continue to optimize the code in Keil, or add some content about the kernel, such as mutex, semaphore, message queue, etc., because the kernel is almost the same. Repeat: be sure to add the relevant code package to your own project in Studio, and generate Keil project after successful operation (output the mounted device through the fish console). 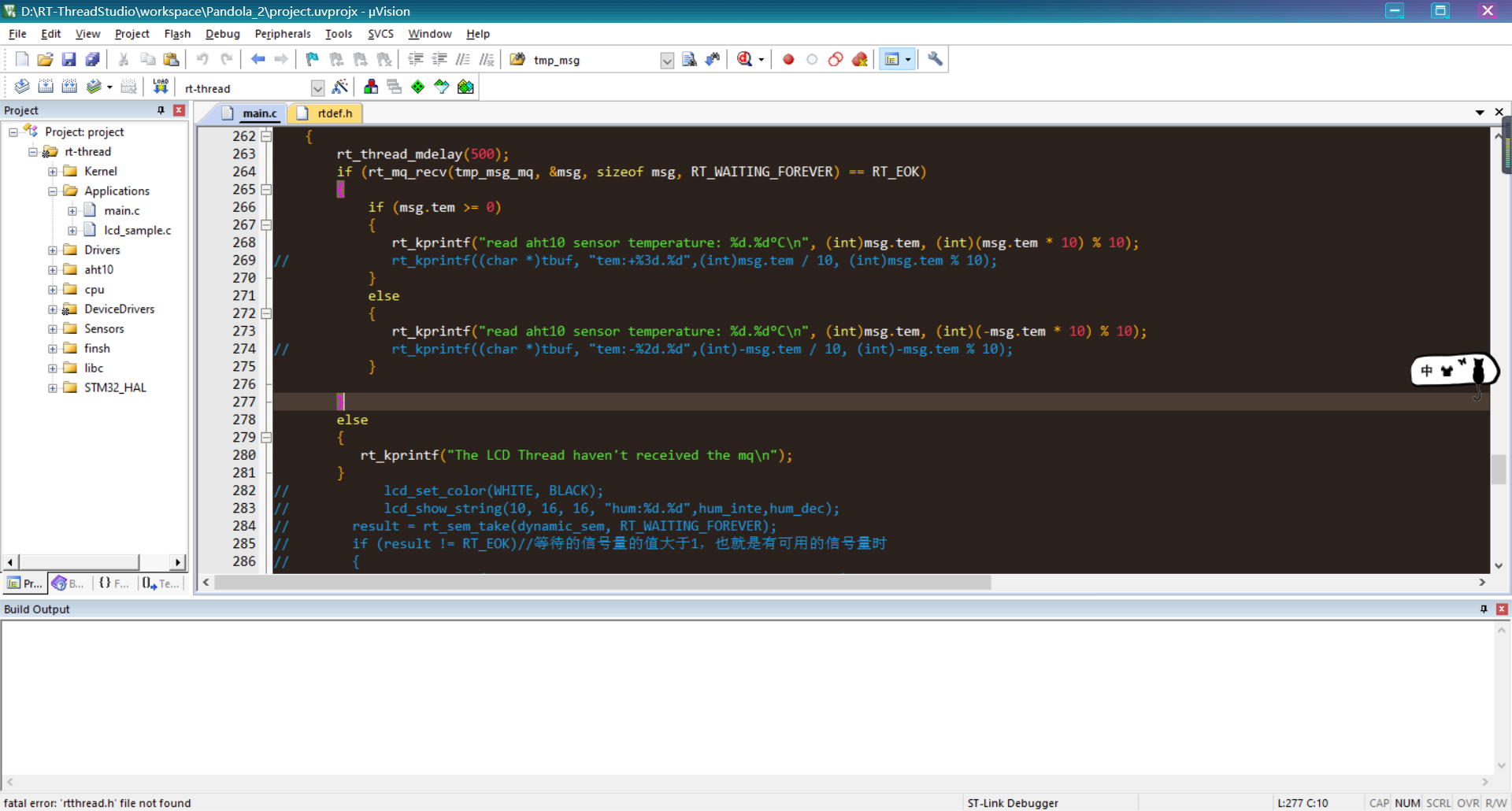 The above is the basic process of developing RT thread project. I feel that this development idea takes a short time and is relatively efficient. It is more friendly than developing in Keil alone.

Personal suggestion: when getting started, you should learn the Kernel first, and then learn other contents. Other contents here include: development tools officially released, such as ENV, Studio, etc; Use of software package; Code optimization;